Published: Monday, November 29th, 2021 @ 3:33 am
By: Carolina Journal   ( More Entries )
Publisher's Note: This post appears here courtesy of the Carolina Journal. The author of this post is Dallas Woodhouse. 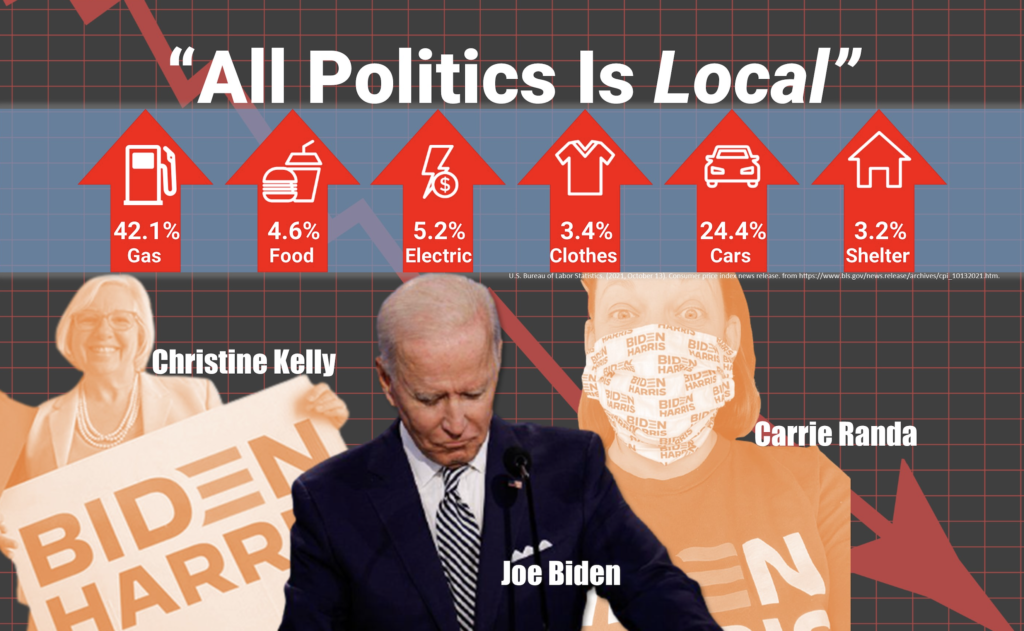 While all eyes were on Virginia and New Jersey elections on Tuesday, N.C. Republicans quietly followed the same pattern, flipping key elections in areas critical to legislative and congressional elections next year.

For Wake County, Republicans flipped the mayor in Fuquay-Varina, and had a clean sweep in Holly Springs, picking up three town commissioner seats and electing a new conservative Republican mayor.

Also in Wake County, Republicans now have a lone Republican in the General Assembly, Rep. Erin Pare. Her district is centered around Holly Springs, where she must perform well to return to the General Assembly for a second term. Pare held numerous fundraisers and conducted grassroots "get out the vote" operations for GOP municipal candidates in her area.

"Yesterday across the nation and here in Wake County we saw the resurgence of Republicans in the suburbs," said former Wake GOP Chair Charles Hellwig, now a political strategist who worked on some of the winning Wake races. "Southern Wake County, in particular, provided clear evidence that big government nanny state liberalism was not the direction suburban voters wanted, which is why every Republican candidate on the ballot in Holly Springs and Fuquay-Varina won. Just as the voters showed last fall when they elected Erin Paré to be their representative, these local elections showed a renewed strength in the suburbs for good Republican candidates."

Again, these districts mostly surround smaller Mecklenburg towns where Republicans won five of six mayors races in Cornelius, Huntersville, Matthews, Mint Hill, and Pineville, even though most were uncontested.

"Tuesday night's elections proved that our suburban neighborhoods continue to push back on the laboratory of bad legislation and extreme restrictions of personal liberties that come from Charlotte-area leaders," said Mecklenburg GOP Chair Sarah Reidy-Jones. "The number of volunteers, donors, and the election results shows a renewed enthusiasm among conservatives in Mecklenburg County. There is a renewed sense of doing more than holding the line in 2022."

"Melinda Bales' campaign is a snapshot of how campaigns are evolving and winning back suburban areas," said Luke Stancil, senior consultant at Para Bellum Public Relations and RepublicanAds.com. "Republicans the past few cycles have been trying to catch up with the technology gap. I believe lessons have been learned since 2020. A strong candidate with the right message and technology is the model to winning swing voters in the suburbs."