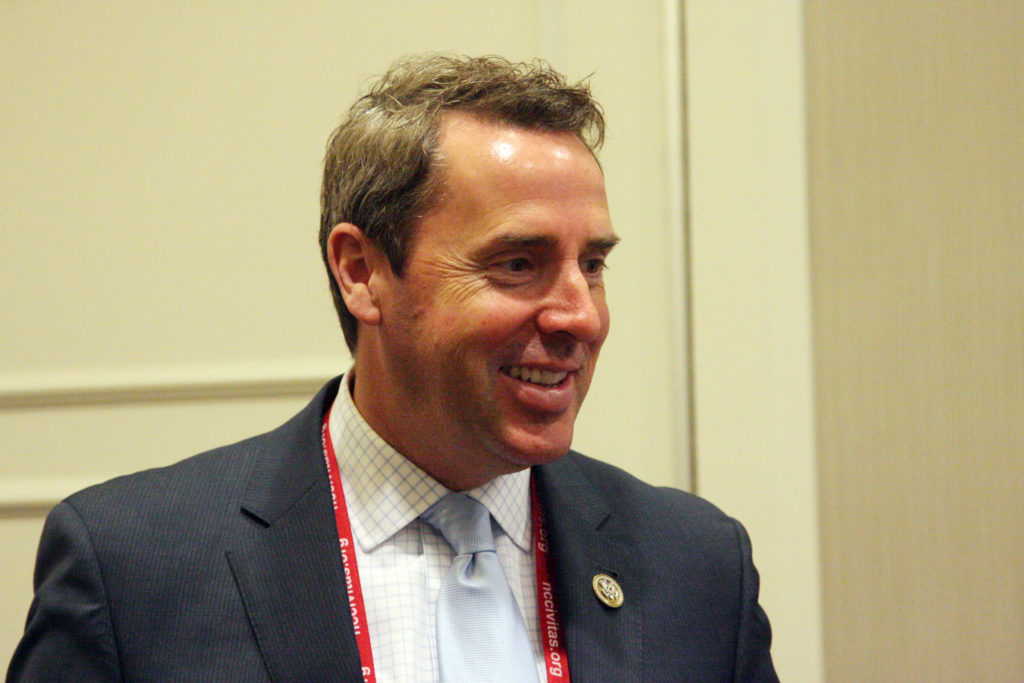 Former N.C. congressman Mark Walker, a Republican candidate for the state's open U.S. Senate seat in 2022, has taken numerous calls urging him to shift gears and try instead to return to the U.S. House. Walker has taken those calls from elected officials in North Carolina and from former House colleagues in other states.

Walker confirmed the conversations in an interview with Carolina Journal. "As of today, we are running for the U.S. Senate," Walker told CJ. "I'm proud of my record of public service and accomplishment advancing conservative legislation in the U.S. House."

Walker served three terms in the House from 2015 to 2020, representing North Carolina's 6th Congressional District, centered in the Triad. He won an open contest in 2014 to replace longtime Republican congressman Howard Coble.

During his time on Capitol Hill, Walker became the youngest-ever chairman of the Republican Study Committee. That's a coalition of conservative members of the GOP caucus.

When court-ordered redistricting in 2019 transformed Walker's district into one much friendlier to Democrats, the incumbent decided not to seek re-election in 2020.

Walker lives in North Carolina's newly adopted 11th Congressional District. He has represented a majority of that district, which is currently occupied by U.S. Rep. Virginia Foxx, who represents the current 5th District.

A more likely destination for Walker should he decide to make another run for the U.S. House of Representatives is North Carolina's new open 7th Congressional District. Walker also has represented portions of that district. He lives within a handful of miles of the 7th District line. Members of North Carolina's congressional delegation do not have to reside within a congressional district either to run for the seat or to represent it in Washington.

"I didn't know I had this many friends, both in Raleigh and Washington," Walker told CJ about the recent phone calls. He confirmed in the interview that some U.S. House Republican leaders in charge of recruiting quality candidates for 2022 have told him they are interested in him trying to return to their ranks.

In related news, state Rep. Jon Hardister, R-Guilford, said in an interview with CJ that he is considering making the leap to Congress. "I'm proud of my time in the N.C. House and am interested in considering whatever opportunities are available for future service to North Carolina," Hardister told CJ.

Hardister indicated he is unlikely to enter a primary against Walker.

Former N.C. State football player Bo Hines has indicated on his Twitter account that he plans to run in the 7th Congressional District race in 2022.
Go Back