Old leaders showing up, new leaders stepping up | Beaufort County Now | What is more helpful - and far more long-lasting - is for key guys to show up and do something small, and do it over and over. 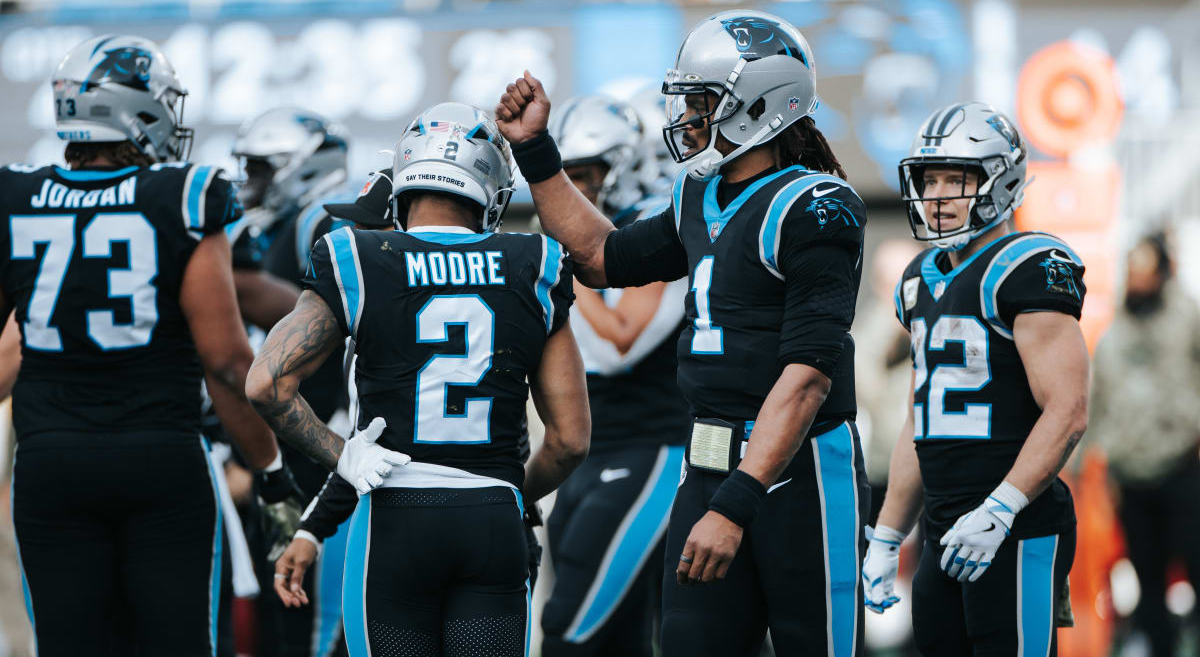 CHARLOTTE     When things are going poorly for a football team, it can be helpful for a key player to stand up and say something big.

What is more helpful - and far more long-lasting - is for key guys to show up and do something small, and do it over and over.

The topic of leadership has come up often for the Panthers during an up-and-down season, most recently with outside linebacker Haason Reddick saying the time for "buddy-buddy" is over, and that players have to hold each other to a higher standard.

For Panthers head coach Matt Rhule, new quarterback Cam Newton is quickly embodying that standard, and his play in his short time here is evidence of that.

"If we just do our jobs on defense, the defense works"

Newton was able to get up off the couch and score touchdowns on his first two touches in Arizona, and that was partly due to his own magnificent skills and partly due to the situation (his defense and teammates giving him a short field). But the job he did last week against Washington - learning the playbook on the fly and playing a turnover-free game and putting 21 points on the board - also showed what he was about.

Because he's a coach, the topic of leadership is central to Rhule's job, and he said Newton and others around here are showing it in ways beyond the highlights they create.

"I think one of the things, not that disappoints me, but I just wish everyone could see how hard he works," Rhule began when asked his quarterback. "What Cam Newton did on Sunday, to go out there and lead us to 21 points and do whatever he did passing, and protect the football with an offense he learned in three or four days is unheard of. Unheard of. But it's the amount of work he puts in. I'm in the building Monday night at like 8:15, I walked down to the weight room, and he's still getting treatment. He's been in there all day.

"I think when you do those things, you earn the right to lead. And leading is not motivational speeches; it's demanding that everyone put the time into it. I think Cam's brought a lot of that into it. He wants to win, he's a veteran player now. He came in, and he had the Thomas Davises, all those guys. Now he's that guy."

The Panthers have a number of "that guys" emerging over the course of the season.

McCaffrey and Thompson were voted as captains by their teammates after training camp, so their traits have been recognized.

Newton wasn't here yet, and Reddick was new to the team, and speaks so softly and carefully (and thoughtfully) that he's not the kind of person you immediately think of in those terms.

But he stood up the night before the team's win in Atlanta, and asked for a few moments. Rhule said it's far more common for players to want to say something after an event has taken place, particularly a loss, so he was happy to give the room to Reddick once he had finished talking to players in the ballroom of a Buckhead hotel.

"In today's culture, today's society, standing out and being different is hard," Rhule said. "We just kind of go along; it's easy to be liked. What you need is some people who realize if you want to be different, if you want to be extraordinary, you have to be willing to stand out.

"Guys like Haason that are willing to stand in the fire, willing to say, 'Here's what I'm expecting of everybody,' a lot of guys don't want to do that because what if they get beat? What if they had a bad game? If you want to lead, you have to take that daring step. I thought Haason did that, and many more guys have done things like that."

Of course, it also helps when the players doing that leading are among your best players.

So when they step up, and show up, it matters. And that also shows up on tape when players are together, and can point out the mistakes they see.

"It's just a mindset of consistently trying to fight to get better," McCaffrey said. "Coach says it a lot, but don't just fight to win, but fight to play great football. That's fighting to look good on tape each day. When you really peel the onion back and look at the bigger picture, you see the guys who are doing it the right way and the guys who need to step up. When you win, a lot of that gets hidden.

"But that's the mentality all of us have to have, is the constant urge to get better."

Rhule is fortunate that so many of his top players have bought into that message. Now, there's more work to be done to implement it.

When asked this week about the team's persistent problems with penalties, Rhule said that at a certain point, the coaching staff can't make players touch the DBO sign anymore; they have to police themselves.

That's what Reddick and others are doing now, and why it doesn't matter if it hurts someone's feelings.

"We have to stop worrying about if somebody can handle the constructive criticism and get that point across," Reddick said. "We're talking about grown men here. We've all got one job to do. That's to win. And if we don't win, then we all failed at our job."
Go Back