Biden: The dishonest COVID hypocrite | Beaufort County Now | On COVID-19, Biden has proven himself a dishonest hypocrite. He has no credibility.

On COVID-19, Biden has proven himself a dishonest hypocrite. He has no credibility.

Biden promised he had a secret plan to "shut down" the virus. He didn't. 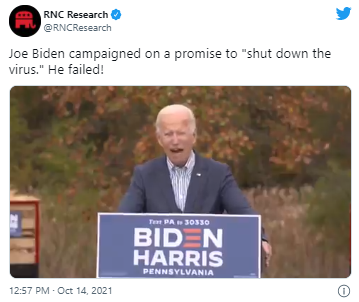 He spread doubt about President Trump's Operation Warp Speed. Then he tried to claim credit by falsely claiming the distribution plan under Warp Speed didn't exist. 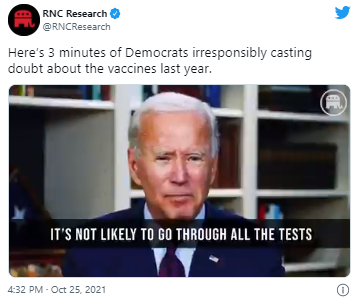 He wants to force mask mandates on Americans, but when he thinks the cameras are off, he doesn't wear one himself. 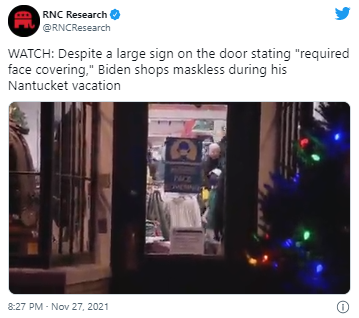 Biden and his administration repeatedly promised there would be no vaccine mandate. He enacted one anyway, even though similar Democrat-backed mandates have led to police officers being forced out of their jobs, emergency rooms shutting down, and fire houses being closed. 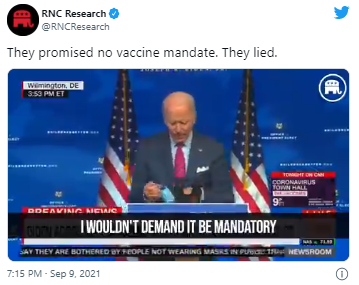 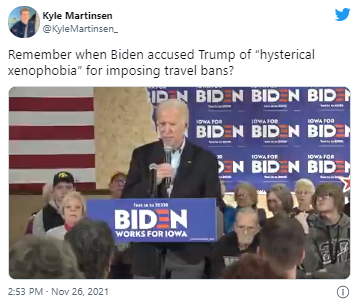 No wonder the majority of Americans don't think Biden is honest - he's not. During the campaign, he cynically used COVID-19 for a political wedge. Now, the jig is up - Americans see him for the liar he is.