Published: Wednesday, December 1st, 2021 @ 8:02 am
By: Carolina Journal   ( More Entries )
Publisher's Note: This post appears here courtesy of the Carolina Journal. The author of this post is Donna King. 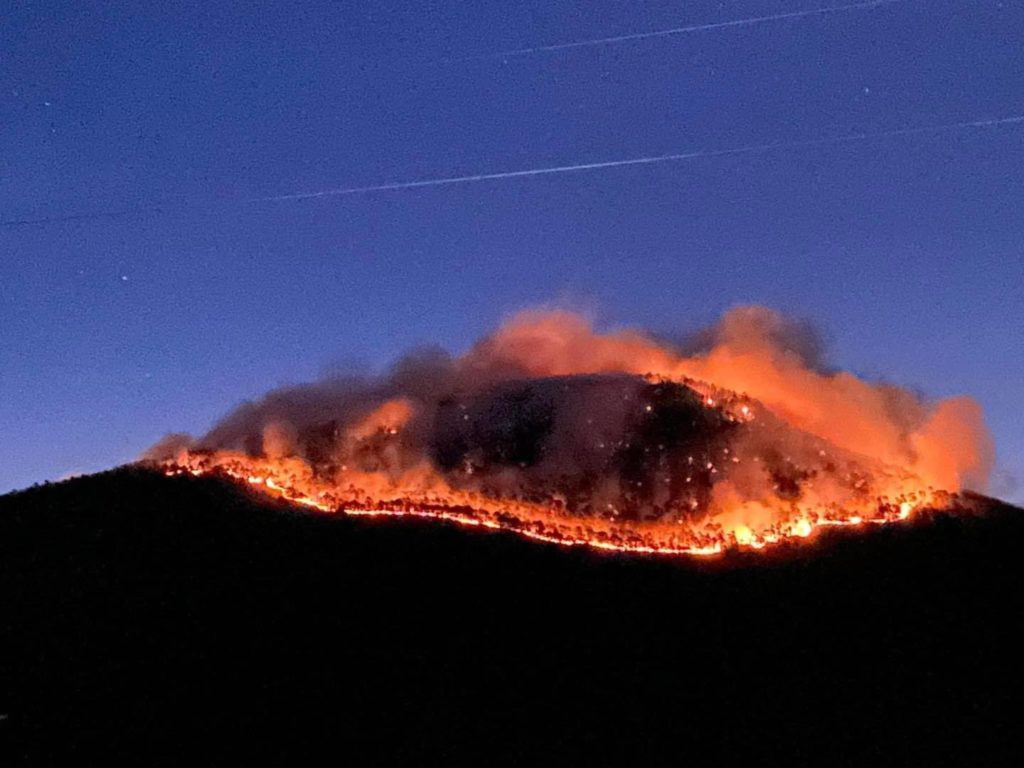 
Firefighters are still battling a wildfire that engulfed North Carolina's Pilot Mountain over the weekend. The blaze started Saturday afternoon, reportedly near the Grindstone Trail, and has now consumed more than 500 acres. No injuries have been reported and no homes are reported to have been damaged.

However, officials now say that pockets of the blaze are reigniting. Jimmy Holt, ranger for the N.C. Forestry Service in Guilford County, told local media that the interior of the mountain around Sauratown is actively burning again. Dry conditions and wind are making the fire harder to control.

The N.C. State Parks division says the park is likely to remain closed all week due to the blaze and urges people not to fly drones over the area as they may interfere with the ability of first responders to fight the fire with aircraft.

The N.C. Forest Service has issued a burn warning across the state indicating that weather conditions have increased fire danger.

Pilot Mountain is in north central North Carolina, and the centerpiece of Pilot Mountain State Park which extends to the Yadkin River. The rock formation is designated as a U.S. National Natural Landmark. Pilot Mountain's signature "Knob" is covered in smoke from the fire as of Monday morning.

This story is developing.
Go Back