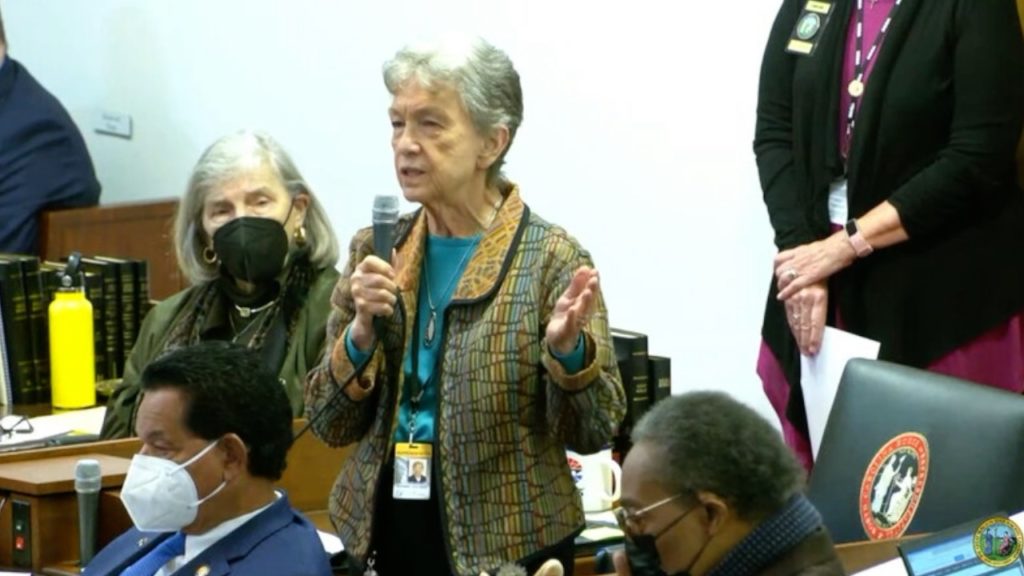 
Before agreeing to a schedule for adjourning this year's legislative work, state lawmakers rejected one final push from Democrats to consider Medicaid expansion.

During Monday's N.C. House debate over an adjournment resolution, Rep. Verla Insko, D-Orange, offered an amendment. It would have added a Medicaid expansion bill to the list of items eligible for consideration after Dec. 30 and into 2022.

"This is a real opportunity for us this year to make a difference in the lives of about a million of our constituents across the state," Insko said. She cited potential benefits for the mentally ill, veterans, and the N.C. economy as a whole.

"This would also bring an enormous amount of money into the state," Insko said. "Our state needs the stimulation that this bill would create. The tax dollars from North Carolina are being used to pay for Medicaid expansion in other states."

Rep. Destin Hall, R-Caldwell, urged colleagues to reject Insko's amendment. "There were some provisions in the budget about expanding Medicaid, and all those issues are still going to be eligible in the short [2022 legislative] session."

The House voted 61-46 against Insko's amendment before approving the adjournment resolution, 99-8.

On the Senate side, there was no attempt to amend the adjournment measure. But Sen. Wiley Nickel, D-Wake, cited Medicaid as the reason why he cast the only vote against adjournment. Nickel argued his colleagues had failed to finish their business by refusing to address Medicaid expansion.

Cooper decided to sign a budget for the first time this year, despite the absence of Medicaid expansion.

Lawmakers expect to hold so-called "skeleton sessions," with only a handful of members present for procedural votes, until Dec. 10. They will then adjourn formally until Dec. 30.

House Speaker Tim Moore, R-Cleveland, told colleagues he didn't expect them to take any votes on that date. The only exception would be votes necessary to address legal action. Moore said it was more likely that lawmakers would reconvene for business during the week of Jan. 3.

There is no schedule yet for meetings of the new 18-member legislative committee.
Go Back