New district maps create game of musical chairs for Cumberland County seats | Beaufort County Now | In a change of direction, former Cumberland County Sen. Wesley Meredith will run for a seat in the state House. He initially planned to run for a newly drawn state Senate seat that includes part of Cumberland and all of GOP-rich Moore County.

Published: Monday, December 13th, 2021 @ 12:28 am
By: Carolina Journal   ( More Entries )
Publisher's Note: This post appears here courtesy of the Carolina Journal. The author of this post is Dallas Woodhouse. 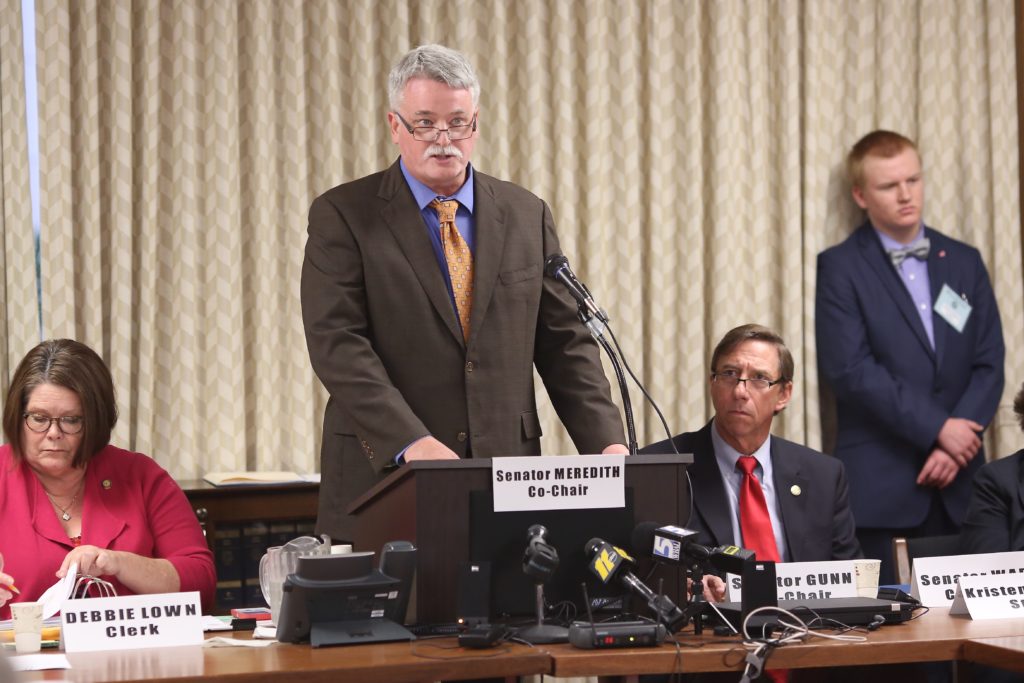 
In a change of direction, former Cumberland County Sen. Wesley Meredith will run for a seat in the state House. He initially planned to run for a newly drawn state Senate seat that includes part of Cumberland and all of GOP-rich Moore County.

"I am thankful to have had the opportunity to serve Cumberland County in the state Senate, and what we accomplished in my time there. We cut taxes for every North Carolinian and reduced bureaucratic red tape," Meredith posted to Facebook. "We must continue to send people to Raleigh to fight back against government overreach and get our economy back on track and our schools teaching children math and reading again."

While it's unusual for a state senator to run for the House, it's not unheard of. Former State Rep. Leo Daughtry, R-Johnston, served in the House from 1993 to 2016, holding the positions of both majority and minority leader at different times. Daughtry previously served in the state Senate.

State House District 45, a critical swing seat, will be open because Rep. John Szoka, R-Cumberland, announced he will run for the newly drawn 4th Congressional District, which includes all or portions of Cumberland, Johnston, and Sampson counties. The district includes most of Harnett and a small part of Wayne. Szoka, who graduated from West Point and served as a lieutenant colonel in the Army, has represented Cumberland County in the N.C. House since 2012. He is the conference chairman for the House Republican Caucus.

"Joe Biden, Nancy Pelosi, and the far-left are damaging our country every day, and this district needs someone in D.C. who knows how to fight back," said Szoka. "I've done that my entire career: in the U.S. Army, in business, and in the state House. I'll take my military experience, knowledge of this district, and conservative values to Congress and fight the far-left every step of the way."

"I am announcing my candidacy for the U.S. House of Representatives because, at this critical juncture in our nation's history, I must do my part to promote the general welfare and secure the blessings of liberty for all the citizens of this great nation," Clark wrote on Twitter. "Our nation stands at a crossroads. Either we continue the forward march toward a more perfect union or we turn back and break our bonds of affection forever,"

State Sen. Tom McInnis, R-Richmond, has moved his permanent residence from Richmond County to his second home in the Pinehurst area of Moore. He'll run for the newly drawn state Senate District 21, which will include all of GOP-rich Moore County and much of Cumberland, mostly surrounding the city of Fayetteville but including only 12% of the city itself.

McInnis was first elected to the state Senate in 2014. He currently serves the 25th District, which previously included Anson, Richmond, Scotland, Stanly, and a portion of Rowan counties.

Under the new maps, the state constitution's whole-county provision requires that Richmond County be paired with Randolph, represented by Sen. David Craven. In this case, GOP "double-bunking" was unavoidable.

"I have been involved in business and charity work in Moore County for decades," McInnis told Carolina Journal. "I have owned a home in Pinehurst for many years and spend considerable time there, so making this my permanent residence was easy. I really just needed to get a fresh gallon of milk."

McInnis finalized his move late this summer when it became clear he would be double-bunked with another GOP senator from a considerably larger county.

Some 54% of the voters in the new district are in Cumberland County, and 46% are in Moore. A large majority of GOP primary voters are in Moore, however. Any GOP candidate in the new Moore/Cumberland seat will have to win Moore to win a GOP primary.
Go Back