Published: Monday, December 13th, 2021 @ 8:56 am
By: Carolina Journal   ( More Entries )
Publisher's Note: This post appears here courtesy of the Carolina Journal. The author of this post is CJ Staff. 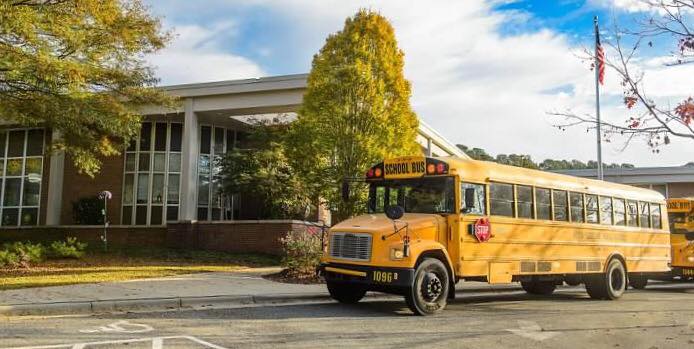 State Attorney General Josh Stein's office is willing to go along with a delay in implementing a $1.7 billion school funding order. A court filing from Stein's office Tuesday morning marked the latest development in the long-running Leandro lawsuit.

"The State is mindful of the unique circumstances and novel issues that this case presents," writes Senior Deputy Attorney General Amar Majmundar. "In light of the gravity of the issues in this case and the need for appropriate appellate review of the merits, the State believes that the issuance of a Writ of Supersedeas and a temporary stay is appropriate."

A writ of "superseadas," Latin for "ye shall desist," blocks the enforcement of a court order during appeals.

Majmundar's court filing responds to a petition from state Controller Linda Combs. Combs had asked the state Court of Appeals last week to stop retired Union County Judge David Lee's $1.7 billion order. Lee's order calls for the money to be transferred out of the state treasury for education-related spending.

Along with a writ of superseadas, Combs is asking appellate judges to issue a "writ of prohibition" blocking Lee's order.

Combs' attorney argued that Lee had no authority to order spending of any money. Combs and her staff could face legal jeopardy if they transfer money without authorization from the General Assembly, according to her attorney.

The Appeals Court had responded to Combs' filing by ordering all interested parties to respond by 9 a.m. Tuesday.

Though the attorney general's office agrees to the idea of delaying Lee's order, Majmundar rebuts at least part of Combs' argument. Combs' initial brief explained that she is not a party in the school funding lawsuit and never has taken part in any of its legal proceedings.

"[T]his Court has held that an individual who does not comply with a court's order may be subject to contempt of court despite not being named individually as a party so long as the individual has the capacity to comply with the order, has notice of the order, and is either a named party, a named party's officer, agent, servant, employee, attorney, or is acting in concert with a named party," he added.

Other arguments from Combs' petition have been addressed in the N.C. Supreme Court's second Leandro ruling, Majmundar writes. "In light of the history and gravity of the issues in this case, including the rulings of our Supreme Court at previous stages of this case, the State agrees that the merits of the trial court's order warrant appropriate review on appeal before they are implemented."

While the attorney general is willing to accept a delay, plaintiffs in the case ask the Appeals Court to reject Combs' request.

"If this Court grants the extraordinary writ Petitioner seeks, it will forsake its own constitutional obligation to ensure a remedy for the State's now decades-old constitutional violation of North Carolina children's right to a sound, basic education," writes Elizabeth Haddix, an attorney with the Lawyers' Committee for Civil Rights Under Law.

"[T]he November 10 Order is well within courts' powers to not only decide cases, but to ensure appropriate remedies are enacted and enforced to remedy constitutional violations," Haddix adds. "That authority includes the

power to require State officers to order the transfer of funds from unappropriated General Fund balances to the appropriate agencies to ensure that constitutional obligations involving fundamental, positive rights to school children are fulfilled. Contrary to Petitioner's arguments, the Order is

consistent with the fulfillment of courts' constitutional role to ensure justice is fulfilled to harmed parties (in this case, school children)."

When Lee issued his Nov. 10 order, he delayed its effective date by 30 days. With no action from any other court, the $1.7 billion order would take effect in early December.

It's unclear when the Appeals Court will act on Combs' petition.
Go Back