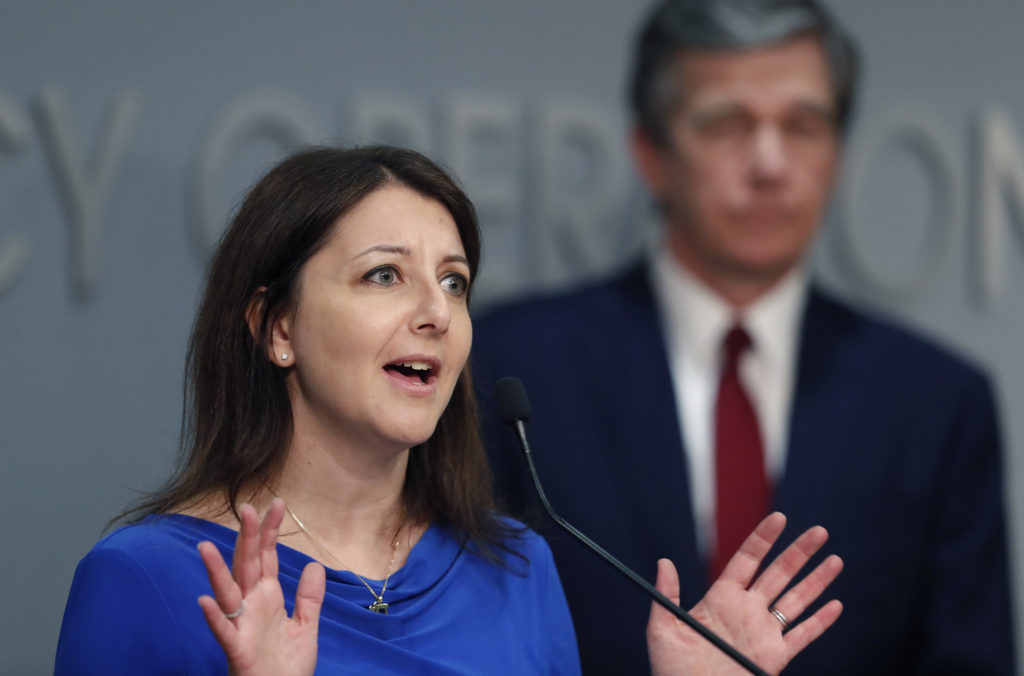 
The face of North Carolina's coronavirus response, Dr. Mandy Cohen, has resigned her position as secretary of the N.C. Department of Health and Human Services.

Cabinet appointments must be approved by the N.C. Senate. On Tuesday, the N.C. General Assembly approved an adjournment resolution. No-vote "skeleton" sessions are scheduled through Dec. 1o. Lawmakers will then adjourn until Dec. 30. House Speaker Tim Moore announced that he expects no votes before the end of the year.

Cohen came to North Carolina to lead DHHS and push for Medicaid expansion after serving in the Obama administration. She led the federal Centers for Medicare and Medicaid Services.

Her next career step is not immediately clear, but in April, Carolina Journal reported "an active effort to recruit Dr. Mandy Cohen into the Democratic primary for U.S. Senate is now underway."

"She would be a competitive force; she has instant name recognition," said Democrat campaign strategist Brad Crone at the time. "She has been a top lieutenant to Gov. Cooper and could tap into his base of support. ... She would be considered more of a moderate candidate that could compete well in North Carolina's more rural areas."

Cohen is an internal medicine physician and has experience leading complex health organizations. Before coming to North Carolina, she was chief operating officer and chief of staff at the federal Centers for Medicare and Medicaid Services. She served as a senior adviser to the Obama administration working to implement the Affordable Care Act.

Cohen is known for her constant repetition in televised briefings that people need to continue to follow the 3 Ws - wearing a mask, waiting six feet apart, and washing hands frequently.