Published: Monday, January 3rd, 2022 @ 8:47 am
By: Carolina Journal   ( More Entries )
Publisher's Note: This post appears here courtesy of the Carolina Journal. The author of this post is CJ Staff. 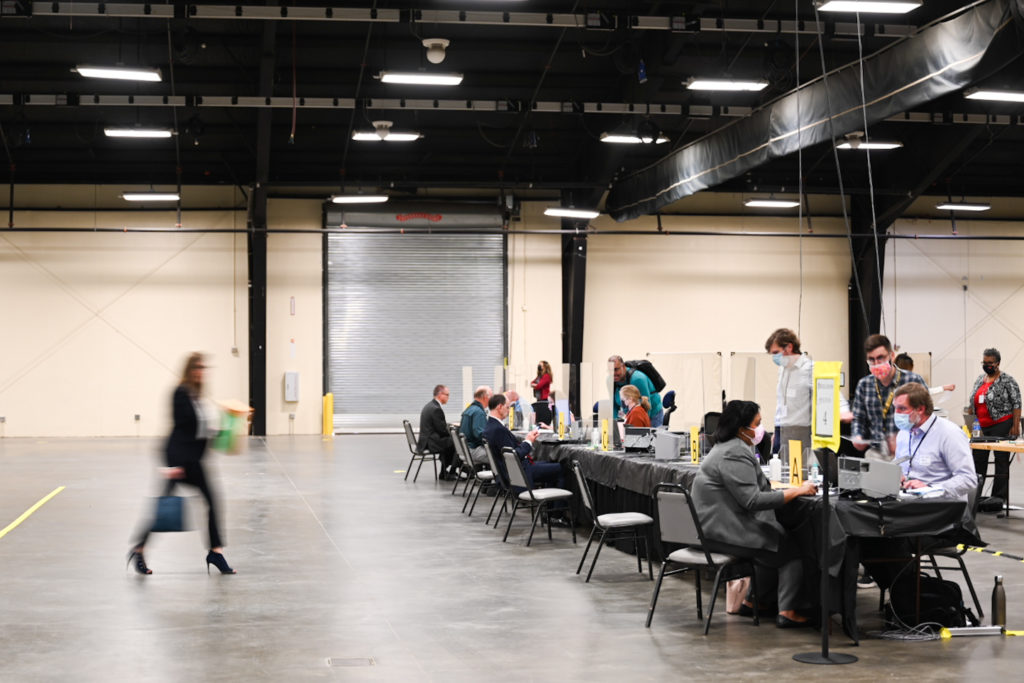 A last-minute injunction stops some candidate filing at the N.C. Board of Elections in Raleigh on December 6, 2021. Photo by Maya Reagan, Carolina Journal

The groups are not challenging the Supreme Court's decision to delay all primary elections until May.

In a court filing Wednesday, the groups argued that the shutdown of all 2022 candidate filing in North Carolina "has caused unnecessary upheaval for candidates for public office."

North Carolina not affected by this case, or in the alternative for the elected Offices of Sheriff, District Attorney, and Clerk of Superior Court, for a period of eight days in order to conclude the 10-day filing period that began on 6 December 2021 that was interrupted by this Court's Order, or, in the alternative, to immediately institute a new two-week candidate filing period," wrote attorney James Morgan.

The Supreme Court issued an order Dec. 8 halting all candidate filing for state and local offices. The order responded to lawsuits challenging new state congressional and legislative election maps. Justices ordered a lower court to hold a trial and issue a ruling in the redistricting lawsuits by Jan. 11. The order also delayed all N.C. primary elections to May 17.

"Unlike the nationwide support and money which typically pours into congressional campaigns and the statewide political party and political action committee (PAC) funding for legislative campaigns, campaigns for Sheriffs, District Attorneys, and Clerks of Superior Court are quintessentially local," Morgan wrote in his brief. "Particularly in smaller counties in the State, a candidate filing is accompanied by much fanfare from the local populace and the local news media."

Before the Dec. 8 order, "candidates could rely on the certainty of a two-week filing period for planning," Morgan wrote. "Local campaigns throughout the State relied upon these deadlines for fundraising, ordering campaign signs, scheduling, attending public engagements, implementing election strategy, and filing for election."

As an example of the "dysfunction" caused by the Supreme Court's action, the brief describes a "quagmire" for people running for sheriff. State law requires them to secure disclosure statements from an education and training standards commission. Those statements expire after 90 days. Some prospective candidates who were unable to file for office in December might have to repeat the bureaucratic process.

"Without intervention, the Proposed Intervenors' rights to an orderly election process will not be protected," Morgan wrote. "Indeed, this is underscored by the fact that the Court's 8 December 2021 Order impacts candidates throughout North Carolina who were not parties to this litigation and who will not and could not ever be affected by this Court's ruling on the 2021 [redistricting] Plan."

"An orderly democracy requires certainty," the brief concluded. "This Court's 8 December 2021 Order has unintentionally caused upheaval in elections which should not have been affected."
Go Back