Joe Biden closed out 2021 with the worst jobs report of his presidency so far.

Add December to Biden's long list of dismal jobs reports - in 4 of the last 5 months, the U.S. has added fewer jobs than economists expected.


And this is after Biden wasted $1.9 trillion on his far-left boondoggle that he promised would spur economic growth and "shut down the virus." 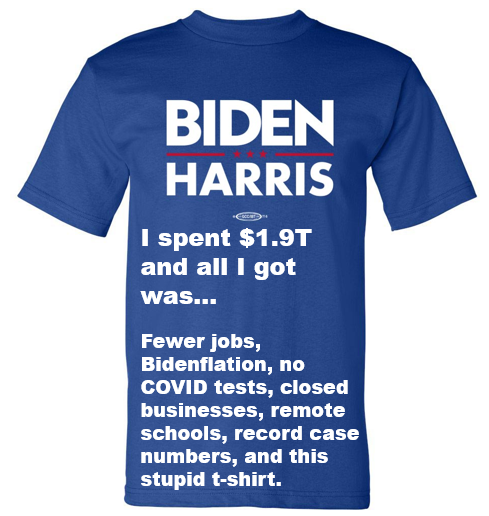 So much for that. Americans want their money back.