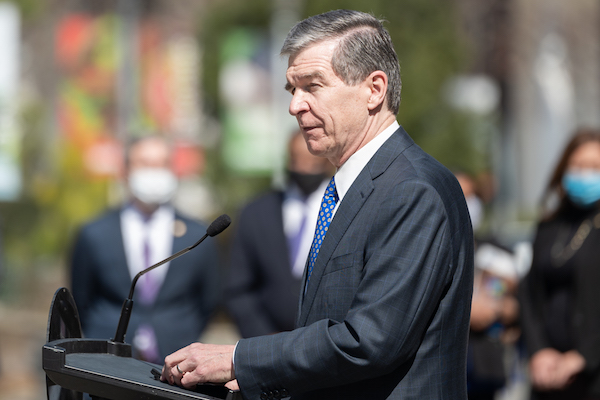 
Gov. Roy Cooper has been a stalwart opponent of school choice since securing the governor's office in 2016. That makes a proclamation from his office declaring Jan. 23-29 National School Choice Week in the Tar Heel State all the more surprising.

The proclamation affirms that North Carolina is "home to a multitude of high-quality public and nonpublic schools from which parents can choose for their children, in addition to families who educate their children in the home." The proclamation also states that "education variety not only helps to diversify our economy but also enhances the vibrancy of our community" and that "high-quality teaching professionals" can be found in both public and private schools.

Held every January, National School Choice Week is "the world's largest celebration of opportunity in education," according to the organization's website.

"This is an unequivocal win for the school choice movement in the Old North State," said Dr. Terry Stoops, director of the Center for Effective Education at the John Locke Foundation. "For years, Gov. Cooper has been one of North Carolina's most outspoken opponents of private school scholarships for low-income children. His decision to sign a proclamation celebrating all forms of public and private school choice is either a startling change of mind, a shrewd political maneuver, or an embarrassing administrative blunder."

Cooper, a Democrat, has made opposition to school choice - including publicly funded scholarship programs that help low- and moderate-income families choose a private school - a key part of his tenure as governor.

In 2019, Cooper singled out the Opportunity Scholarship Program as one of a handful of primary objections to Republican lawmakers' budget for the new biennium, saying "I don't like their vouchers." Year after year, Cooper's proposed budget has phased out the program, which now offers up to $5,900 a year to help families pay for private school tuition.

The proclamation, which is dated Jan. 13, is not yet listed on the governor's website. Calls to Cooper's office were not returned the afternoon of Tuesday, Jan. 18.
Go Back