Melodies I Like to Play: "Somewhere Over the Rainbow" | Eastern North Carolina Now | The eclectic playlist of melodies that I am drawn to in inspiration to learn, and play, has just been enriched by one melody from my childhood that concurrently found its place into the collective consciousness of generations, rightly seeking that bittersweet space where happiness lives.

Melodies I Like to Play: "Somewhere Over the Rainbow" 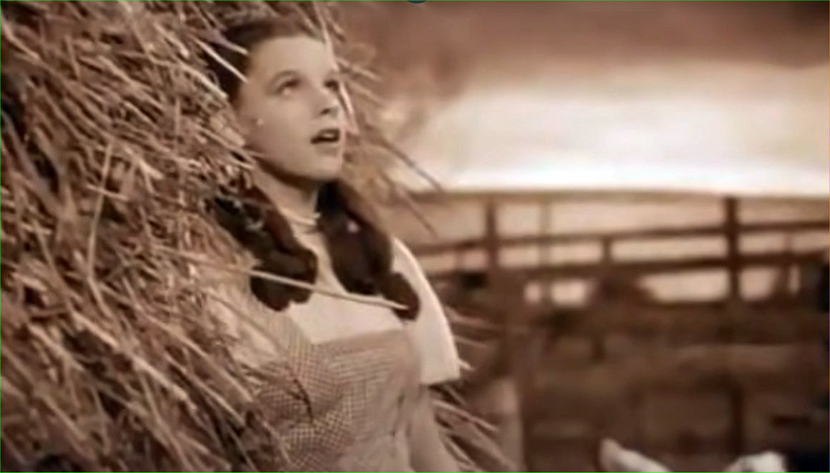 This is the fourth installment of a new series regarding music I care about enough to begin the struggle to wander down a poor path toward the playing of that subject song; a list of which can be found here.

The eclectic playlist of melodies that I am drawn to in inspiration to learn, and play, has just been enriched by one melody from my childhood that concurrently found its place into the collective consciousness of generations, rightly seeking that bittersweet space where happiness lives. "Somewhere Over the Rainbow" is one of those short, melodic pieces poetry that takes me to that special place.

"The Wizard of Oz", a filmed panned by many of the myopic critics of that day, receiving little praise of that generation of film opinion makers, has become a classic regardless; entertaining generations, making "The Wizard of Oz" one of the most important films to date. Within that scope of incredible fascination for what is familiar in an essential sense of connection to the collective consciousness, the film's signature song, performed by the lead character, Dorothy Gale, played by Judy Garland, may be an even greater iconic creation, considered by many, including myself, as one of the most perfect songs ever written. Therefore, eventually, I had to try what so many others have successfully covered, regardless of its initial quality projected. The fun of it is always what matters most in these endeavors.

If the bittersweet narrative is the root all art best communicated, most worthy created, both "The Wizard of Oz" and "Somewhere Over the Rainbow" occupy a rarefied class of immaculate distinction. Maybe that is why we mere mortals are drawn to these collective points of perfect persuasion. Thank God, there are still places where we can all come together as a disparate People.

Judy Garland performing "Somewhere Over the Rainbow" in the classic film, "The Wizard of Oz", released in 1939: Above and Below.

I found this rendition of organized chords and lyrics that works for me, and only took a few passes to get it to a serviceable point since the chords that are employed by this arrangement were ones that I use often when playing a variety of songs, or just piddling about making coordinated sounds that please only my ear ... and my wife's. Maybe I will write my own melody one day ... just waiting on the proper inspiration, I reckon.

Somewhere Over the Rainbow

composed by Harold Arlen with lyrics by Yip Harburg in 1939; performed by Judy Garland 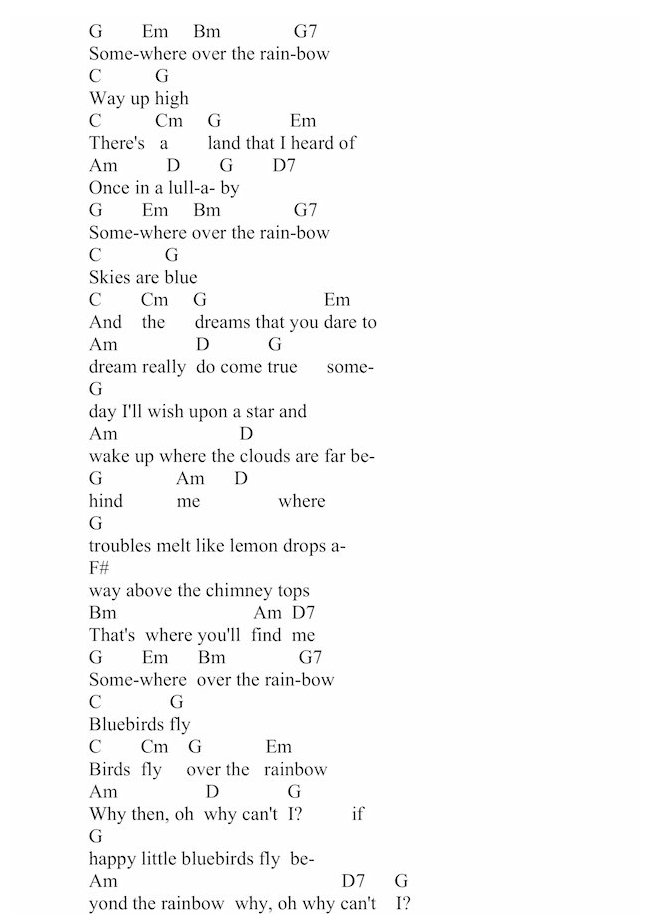