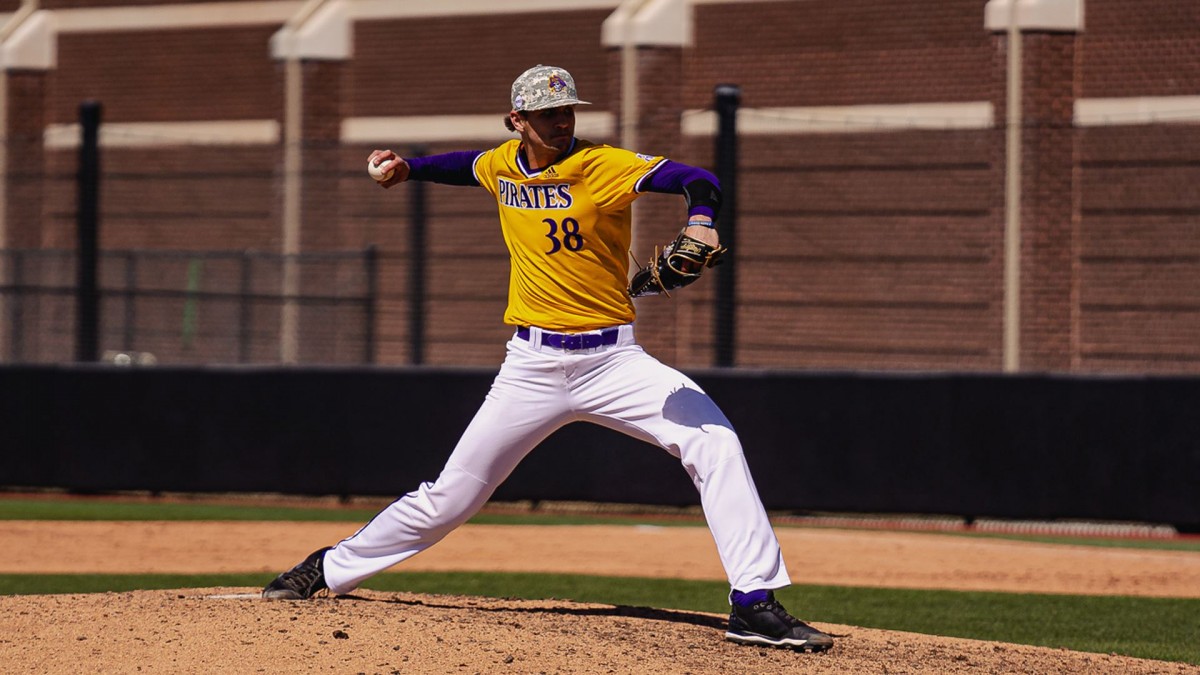 GREENVILLE, N.C.     VCU scored five runs over the final three innings to salvage a game in the weekend series defeating East Carolina 5-2 Sunday afternoon at Lewis Field inside Clark-LeClair Stadium. With the win the Rams improve to 12-10 while the Pirates dropped to 14-11.

Trailing 2-1 going to the eighth inning, VCU pushed across three runs taking its first lead of the weekend at 4-2. Michael Haydak drew a leadoff walk and scored on Tyler Locklear's double down the left field line. Logan Amiss followed with a single to left and took second on an error. Three batters later, Cooper Benzin plated the would-be game-winning run with a shot back up the middle.

Jaden Griffin (3-1) earned the win for the Rams in relief tossing 1.2 scoreless frames with a pair of walks. Edwin Serrano notched his third save of the year with two scoreless innings where he allowed two hits, walked a pair and struck out one. Starter Tyler Davis gave up two runs (both earned) on three hits with three punch outs in 5.1 innings.

ECU jumped out to an early 2-0 lead thanks to a pair of home runs in the third inning. With one out, Carter Cunningham blasted a solo shot (first of the year) to right field which was immediately followed by a solo blast by Bryson Worrell (third) to right field.

After six scoreless frames by Grosz, the Rams finally scratched across a run in the seventh cutting the lead in half. Connor Hujsak singled to left-center, took second on a passed ball, third on a Benzin sac bunt and touched home on Casey Gibbs' sac bunt.

ECU managed just five hits on the day getting two from Bryson Worrell and one each from Cam Clonch, Carter Cunningham and Lane Hoover.

The Pirates will close out their five-game homestand on Tuesday, March 29 playing host to NC State. First pitch is slated for 6:30 p.m. and will be streamed on ESPN+.
Go Back