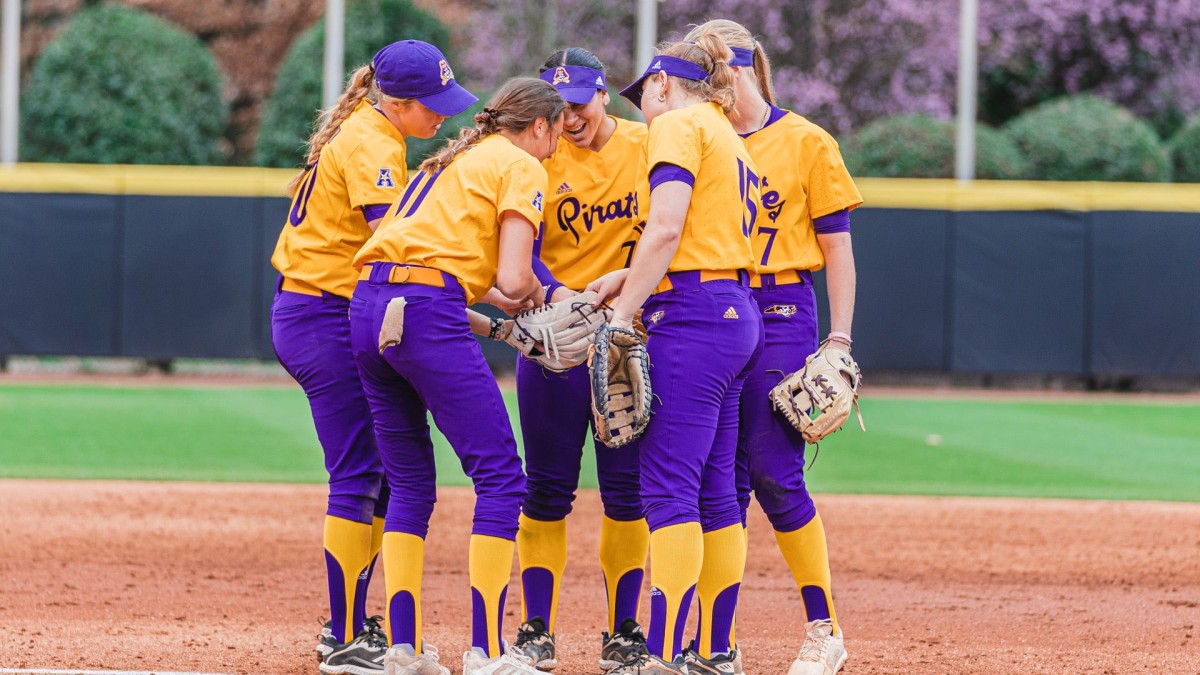 Logyn Estes (5-2) went 5.1 innings in the victory, allowing four runs on eight hits with three walks and three strikeouts. Madisyn Davis locked down her first save of the campaign by tossing 1.2 scoreless frames. She allowed just one hit. Zoey LeCompte (2-3) lasted just 0.2 innings in the loss as she surrendered two runs and one hit with three walks and no strikeouts.

A trio of ECU batters recorded two hits apiece. Faith Jarvis was 2-for-4 with two runs scored and a pair of doubles while Bailey Ledvina drove in a pair of runs and drew a walk. Camryn Wineinger led Memphis offensively with two base knocks and two runs scored.

East Carolina struck first in the top of the first. With one out, Jocelyn Alonso drew a walk and scored as Bailee Wilson ripped a double into left center and advanced to third on the throw home. Sydney Yoder, Chandley Garner and Ledvina all drew walks later in the inning to put the Pirates on top 2-0.

After scoreless frames by both sides in the second and third, ECU added to its advantage in the top of the fourth. Logan Sutton singled with one out then reached third on a double off the bat of Jarvis. Alonso would plate Sutton via a sacrifice fly before Jarvis scooted home from third on a wild pitch to make it a 4-0 contest.

The Tigers scratched across a run in the bottom of the fourth to cut the Pirates' lead to three, but Garner and Ledvina would execute a pair of squeeze bunts with runners at third to afford East Carolina a 6-1 cushion in the fifth.

Jarvis would double to lead off the sixth and proceeded to steal third before scoring on a throwing error to push ECU ahead 7-1. Memphis would rally one last time with three runs in the bottom of the sixth, but Davis closed out the game with a scoreless seventh.
Go Back