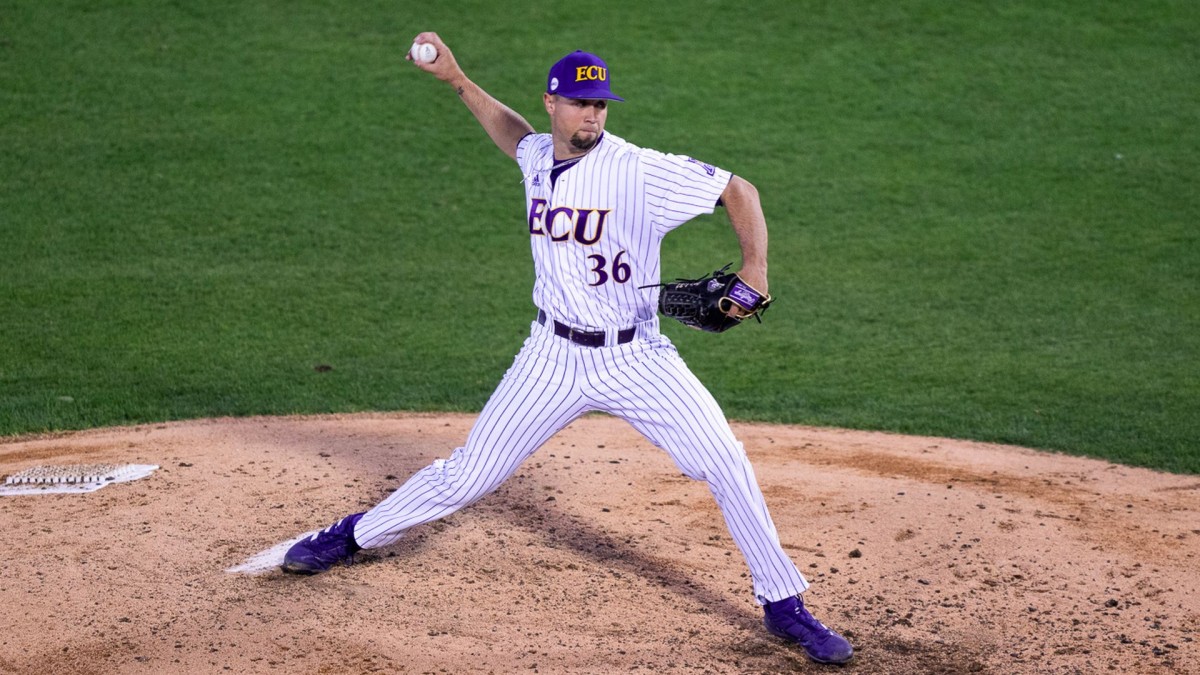 GREENVILLE, N.C.     Lane Hoover tallied a game-high three hits, while Cam Clonch and Ben Newton each drove in a pair of runs helping East Carolina complete a home-and-home series sweep of instate foe UNCW, 8-2, Tuesday night at Lewis Field inside Clark-LeClair Stadium. With the win the Pirates extended their win streak to five games improving to 23-15 on the season, while the Seahawks dropped to 21-14.

Leading 2-0 going to the bottom of the fourth, the Pirates plated a pair of runs extending their lead to 4-0. Newton led off with a double to left center, which was followed by a Zach Agnos walk. After UNCW brought in Noah Overton out of the bullpen, Hoover advanced the runners 90-feet on a sac bunt. Both runners moved up on an Overton wild pitch plating Newton for the would-be game-winning run. Josh Moylan followed with a walk to put runners on the corners and Clonch's sac fly to right field easily pushed across Agnos.

C.J. Mayhue (3-1) earned the win tossing two scoreless frames where he allowed one hit, walked one and struck out three. Carter Spivey notched his third save of the 2022 campaign with 2.1 scoreless frames with one punch out. The Pirates also got relief outings from Garrett Saylor (4.0 IP, 3 Hs, 2 Rs, 2 Ks) and Trey Yesavage (0.2 IP, 2 Hs, 1K) on the evening.

The Pirates didn't waste any time getting on the board scoring a pair of runs in the first frame for an early 2-0 lead. Agnos started the stanza with a walk and took second on a wild pitch. Hoover followed with a walk and Moylan reached on a fielder's choice coupled with a UNCW error allowing Agnos to cross home and Moylan to land on second. Clonch singled up the middle scoring Moylan for the second run of the inning.

ECU added two more runs in the sixth extending its lead to 6-0. With two away, Hoover reached on a bunt single and scored when Moylan tripled down the right field line. Moylan would touch home on an Overton wild pitch.

UNCW would respond with two runs in the seventh cutting the lead to four, 6-2. Matt Suggs lead off the frame with a solo blast to left field for the Seahawks first run of the night. Jac Croom followed with an infield single to short which chased Saylor from the contest. Jack Howell would reach on a fielder's choice erasing Croom from the base paths for the second out. Trevor Marsh's pinch hit single through the right side put runners on the corners for Chris Thorburn, who singled home Howell with a shot through the right side.

The Pirates would push their lead back to six, 8-2, with two runs in the seventh inning. Jacob Starling drew a one-out walk and advanced to second on Bryson Worrell's ground out to the pitcher. Starling took third on a balk and Alex Makarewicz followed with a walk putting runners on the corners. After another UNCW pitching change, Makarewicz stole second and came around to score with Starling on Newton's two-RBI single to right field.

ECU registered nine hits in the contest getting multiple from Hoover (three) and Newton (two). A quartet of Pirates added one hit in Clonch, Jacob Jenkins-Cowart, Moylan and Worrell. Agnos and Moylan each scored a pair of runs on the night for ECU.

The Pirates hit the road for a three-game series at Tulane starting Friday, April 22. First pitch from Turchin Stadium is scheduled for 3 p.m. (ET) and will be streamed on ESPN+.
Go Back