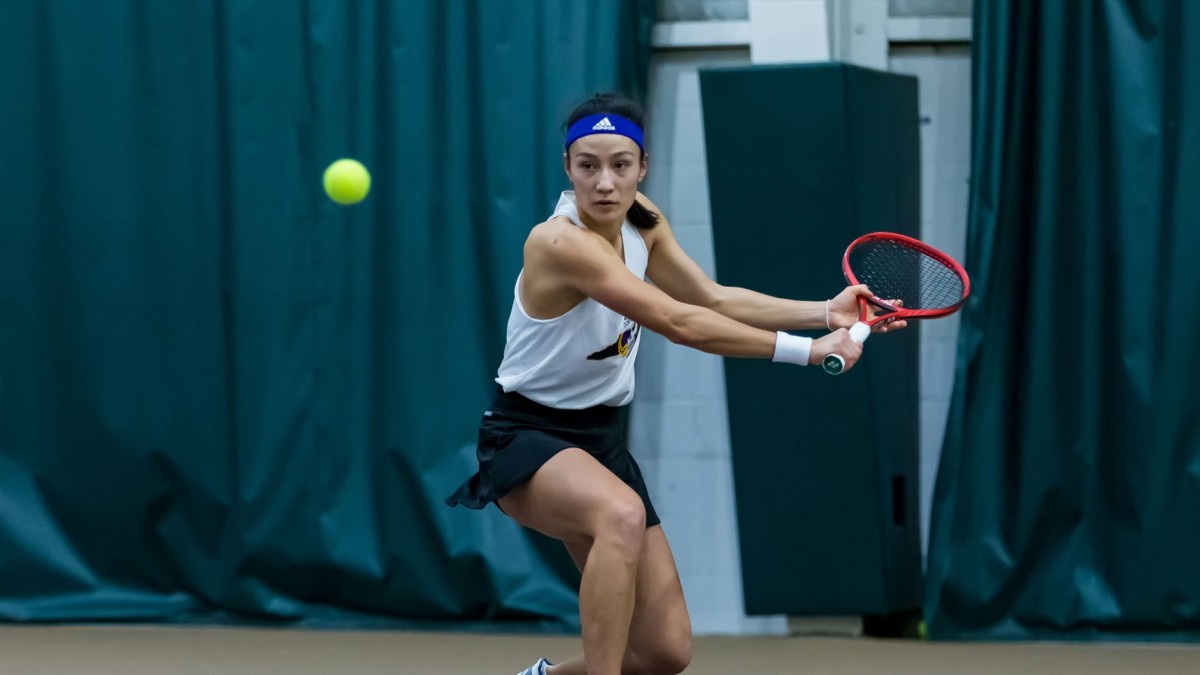 The sixth-seeded Cougars (14-9) advanced to the quarterfinals where they will meet No. 3 Tulsa on Thursday. No. 11 ECU closed out its season with a 4-15 record.

Azul Pedemonti and Bianca Cortijo's 6-3 triumph over Ines Bachir and Alisha Hussain in a No. 1 tandem meeting enabled Houston to get off to a 1-0 lead (following a 6-1 win in a No. 2 matchup).

The Cougars' initial singles tally came courtesy of Maria Dzemeshkevich's 6-1, 6-0 dismissal of Isabella Rivera Ortiz at No. 1 before Gabriela Giraldo extended the cushion to 3-0 by downing Sofia Cerezo Holgado 6-2, 6-1 at the No. 6 position. Houston clinched the team victory at No. 2 when Laura Slisane defeated Alisa Diercksen 6-0, 6-3.

The No. 3, No. 4 and No. 5 singles matches featuring the Pirates' Martina Muzzolon, Hussain and Bachir, respectively, were discontinued once the Cougars secured the victory with their fourth point, per tournament policy.
Go Back