If you have not voted yet, be sure to do so Tuesday! Here are our choices | Beaufort County Now | Uncontested seats are excluded

If you have not voted yet, be sure to do so Tuesday! Here are our choices 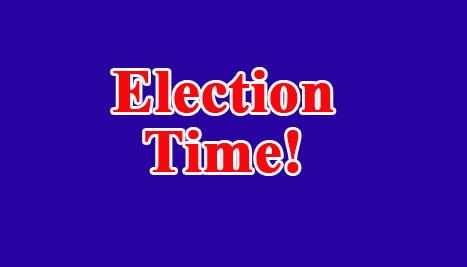 Early voting for the May 17 Primaries begins Thursday April 28 and ends May 14 at 3:00 p.m.  The “One Stop” early voting schedule can be accessed by clicking here.

You can check your voter registration data and download your sample ballot by clicking here.  Note that in Beaufort County there are separate ballots depending on the school board district in which you are registered to vote.  Where a candidate is running unopposed, that seat is not listed on the ballot.

As has been our custom for several years, we are listing our choices, selected by our Editorial Team, for those who wish to know that information.  The standard we apply is “which candidate is most conservative.”  Our choices match those of the Beaufort County Citizens for Better Government.  Those choices are:

*We picked either Greg Murphy or Tony Cowden.  Murphy has a solid conservative voting record, for the most part while Cowden is a newcomer and outsider.  He is the better choice for those who are skeptical of all national incumbents and we see a vote for Cowden as sending Murphy a message that he needs to listen to the People back home more than to the Leadership in the House.  He would get our vote if he pledged to vote for Jim Jordan for Speaker.

**In many ways the race for the NC Supreme Court could be the most important one on this year’s ballot.  It could change the tilt of the Court from majority liberal to majority conservative.  And we think that would be a good thing.

***We agree with the Citizens For Better Government (CBG) on the need to elect a conservative majority to the Board of Commissioners.  That would likely mean getting both Deatherage and Dunn nominated.  The CBG explains it this way:  “Paired Voting -

The Citizens for Better Government is promoting paired voting for County Commissioners. Paired voting will result in the election of a conservative county commission. The way to do this is for a family to pair their votes with one or more family members voting for Tandy Dunn and the other family member(s) voting for Stan Deatherage.”

****We feel very strongly that Beaufort County Schools needs major changes and the current board has not provided the leadership to affect those changes.  So our approach is to not vote for any incumbent.  Vote for a change at the top!