ECU Wins Opener At Memphis, 4-1 | Beaufort County Now | MEMPHIS, Tenn. – East Carolina scored four runs in the top of the 13th highlighted by Ben Newton's two-run single, while the pitching duo of C.J. Mayhue and Carter Spivey combined to toss a three-hitter in the Pirates' 4-1 win over Memphis Friday night at FedEx Park. 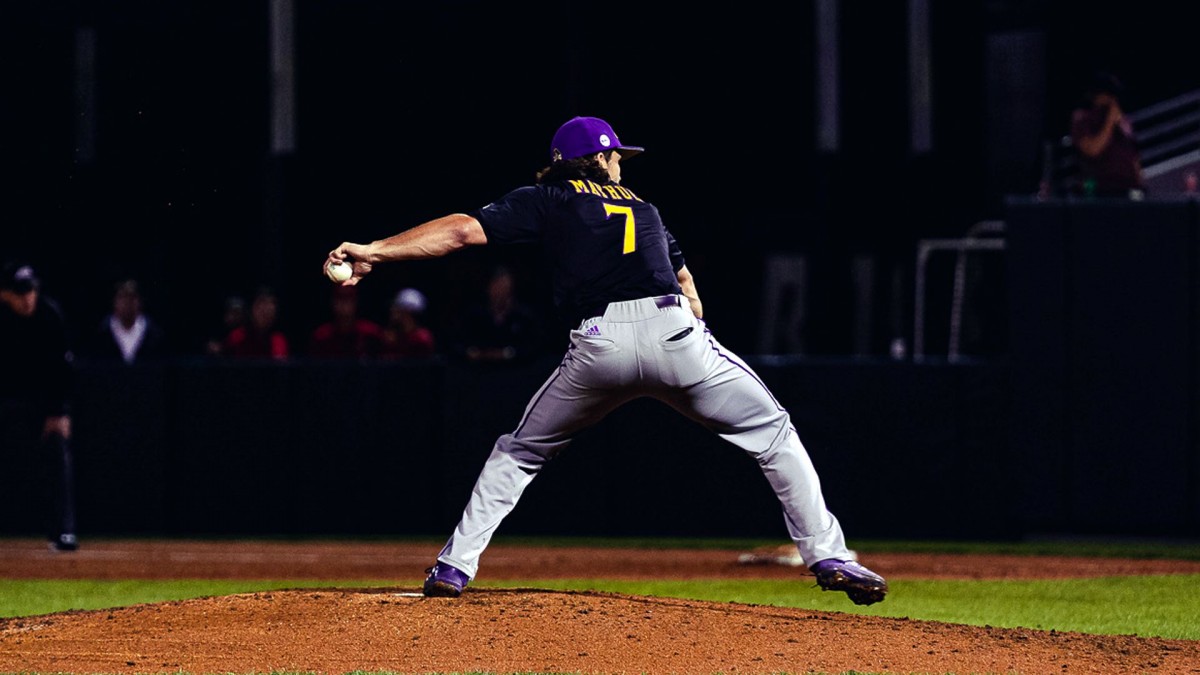 MEMPHIS, Tenn.     East Carolina scored four runs in the top of the 13th highlighted by Ben Newton's two-run single, while the pitching duo of C.J. Mayhue and Carter Spivey combined to toss a three-hitter in the Pirates' 4-1 win over Memphis Friday night at FedEx Park. With the win, the Pirates improve to 28-18 overall and 12-4 in American Athletic Conference play, while the Tigers drop to 21-22 on the season and 5-11 in league action.

In a scoreless tie in the top of the 13th, Jacob Starling drew a one-out walk which was followed by a single from Alec Makarewicz through the left side and C.J. Boyd loaded the bases with an infield single to third. Newton delivered the biggest hit of the contest with a two-run shot to right-center scoring Starling from third and Makarewicz from second. After Zach Agnos loaded the bases again with a walk, Lane Hoover plated Newton on a sac fly to center. ECU would score another run when Carter Cunningham reached on an error by Braden Webb at second base.

Spivey (5-0) earned the win allowing one run (earned) on three hits with three walks (two intentional) with a pair of strikeouts. Mayhue, who made his first career Friday night start, did not allow a hit and just one base runner (walk) over his nine frames while fanning a career-high nine batters.

Jacob Gilmore (1-4) suffered the loss giving up four runs (three earned) on three hits with a pair of walks and one strikeout in one inning of relief. Starter Landon Gartman also didn't allow a hit over his eight innings of work but walked four and struck out a career-high 10 batters. Dalton Kendrick (3.0 IP, 4 Hs, 3 BBs, 2 Ks) and Logan Rushing (1.0 IP, 1 H, 2 BBs, 1 K) bridged the gap between Gartman and Gilmore.

Mayhue, who established a new career-high in innings pitched, faced one over the minimum in the contest issuing a walk to start the frame. After a perfect first three stanzas, where he tallied five punch outs, Zach Wilson drew a six-pitch walk and with one away, he stole second base to move into scoring position. But the lefty got Ben Brooks to fly out to right and Jacob Compton to roll over on a pitch and ground out to first ending the lone threat of the night for him. After the free pass to Wilson, Mayhue would retire the final 18 batters he faced which included four punch outs, eight flyball outs and six ground outs.

The Pirates would tally the game's first hit in the ninth on Lane Hoover's single to left field to begin the stanza. After he was erased on a Carter Cunningham bunt, Bryson Worrell followed with a double and Justin Wilcoxen was intentionally walked to load the bases. But Kendrick struck out Startling and got Makarewicz fly out to deep center to end ECU's threat.

ECU would register three hits over the next three frames (10th to the 12th) before breaking the scoreless tie in the 13th and eventually securing its league-leading 12th win of the season.

Memphis finally broke through with a run in the home half of the 13th on Chris Swanberg's solo blast to right field capping the scoring at 4-1.

Offensively, the Pirates recorded eight hits getting a pair each from Boyd and Newton. Worrell extended his hit streak (12 games) and on-base streak (15 games) with his double in the ninth. Agnos drew a pair of walks on the night and moved his on-base streak to a team and personal-best 20 games. Cunningham, Hoover and Makarewicz each added a hit a piece.

Both team return to the diamond for game two of the series on Saturday, May 7. First pitch is slated for 3 p.m. (ET) and will be streamed on ESPN+.
Go Back