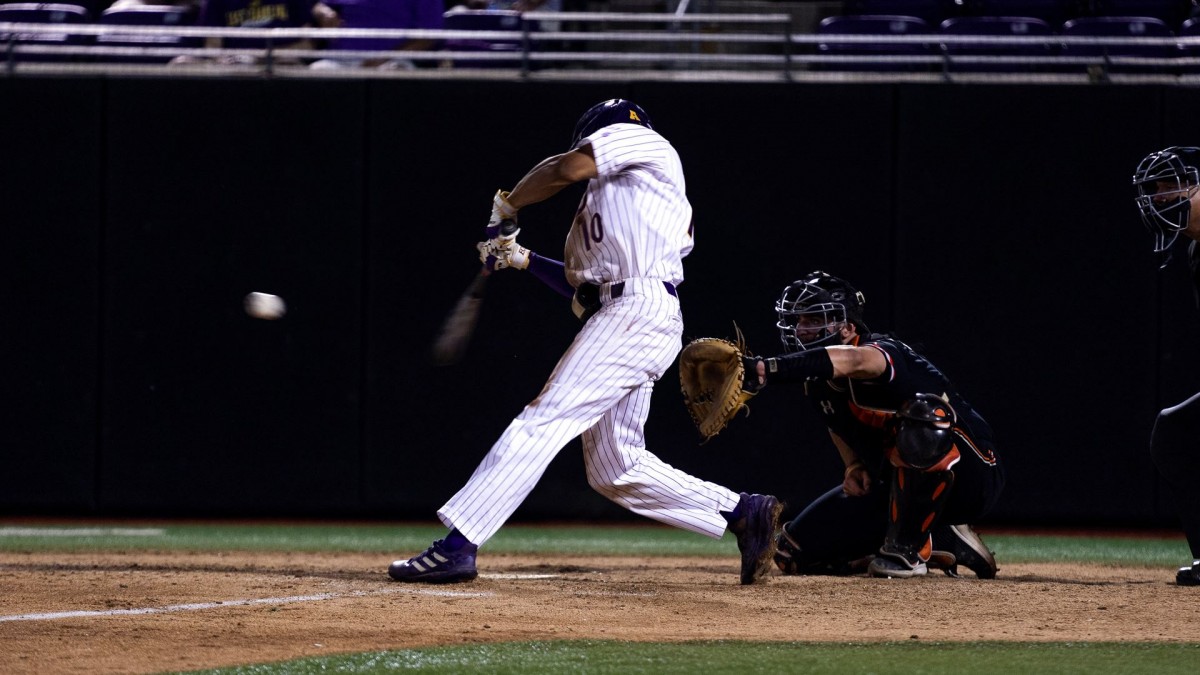 GREENVILLE, N.C.     No. 21 East Carolina used a five-run seventh inning to complete the home and home series sweep of Campbell, 7-6, and extended its current win streak to 11 games Tuesday night at Lewis Field inside Clark-LeClair Stadium. With the win the Pirates improved to 35-18 while the Camels dropped to 34-16.

Trailing 5-2 going to the home half of the seventh, the Pirates sent nine hitters to the plate scoring five runs on two hits with one Camel error for a 7-5 lead. Ben Newton and Alec Makarewicz drew opening frame walks off Ryan Chasse before Jacob Starling laced a two-RBI double to right-center pulling ECU within one at 5-4. Josh Moylan reached on a Zach Neto throwing error which allowed Starling to score from second knotting the game at five all. After two quick outs, Lane Hoover walked putting runners on first and third before Jacob Jenkins-Cowart doubled down the right field line clearing the bases for a 7-5 advantage.

Chasse (2-2) suffered the loss giving up four runs (two earned) on one hit and two walks. Starter Cade Kuehler gave up two runs (both earned) with two walks and 10 strikeouts over his six innings. Ty Cummings was touched for a run (earned) on one hit with a walk in two frames.

The Pirates jumped out to an early 1-0 lead in the second inning thanks to Newton's solo blast to right field, his first of the season.

Josh Moylan's fifth home run of the year, a solo shot down the right field line, pushed ECU's lead to 2-0 after three frames.

Campbell tied the game at two-all after plating a run in the both the fourth and fifth innings. With the bases loaded in the fourth, Tyler Halstead was hit by a Saylor pitch scoring Connor Denning to pull within one. Denning's sac fly to right scored Neto from third in the fifth making things all-square.

Neto's 13th home run of the season gave the Camels its lone lead of the game in the seventh, 5-2. Jarrod Belbin reached on an error and took second on Lawson Harrell's single through the left side. After Spivey took over on the mound, Neto belted a three-run shot to left field, which was in and out of Hoover's glove that found its way over the wall.

Campbell would score a run in the ninth capping the scoring at 7-6.

Offensively, the Pirates managed just four hits getting solo homers from Moylan and Newton, while Jenkins-Cowart and Starling both had two-run doubles.

ECU continues its eight-game home stand when it hosts Houston for the final American Athletic Conference series of the season. First pitch of the weekend is slated for 6:30 p.m. (ET) on Thursday, May 19 and will be streamed on ESPN+.
Go Back