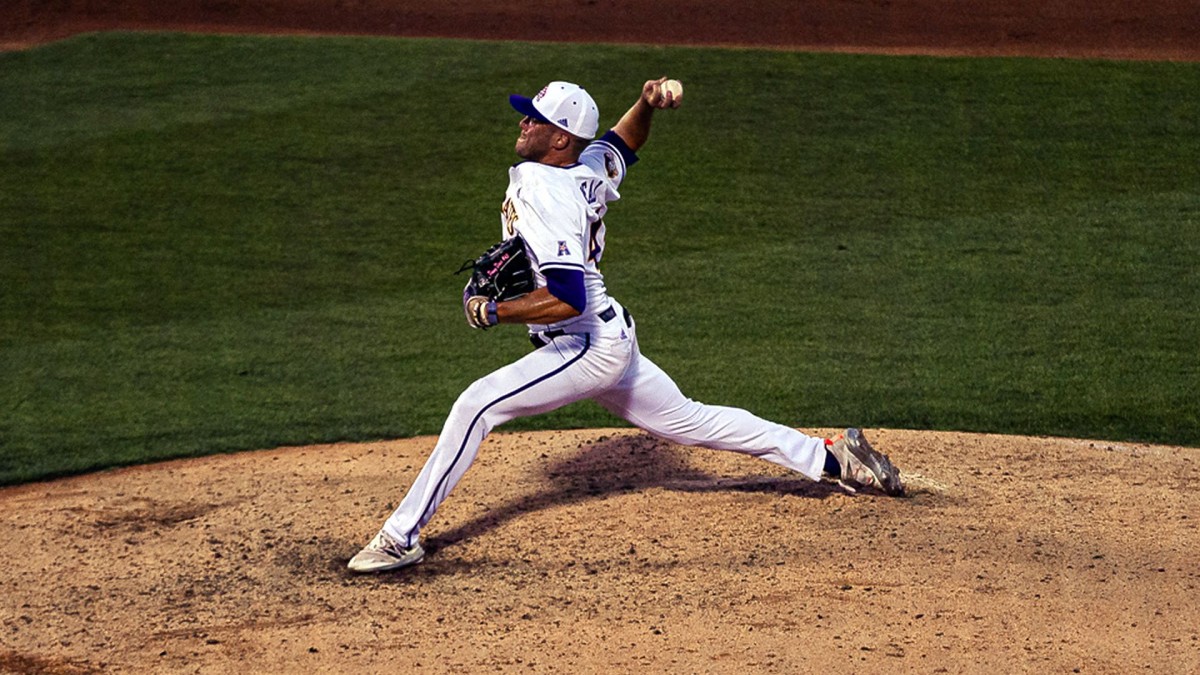 GREENVILLE, N.C.     East Carolina scored seven runs over the final three frames erasing a three-run deficit for an 8-4 American Athletic Conference series opening win over Houston Thursday night at Lewis Field inside Clark-LeClair Stadium. With the victory, the Pirates 12th in a row, they improve to 36-18 overall and 18-4 in league play while the Cougars dropped to 34-20 and 13-9.

Trailing 4-1 going to the bottom of the sixth, ECU sent nine batters to the plate scoring four runs on five hits to take a 5-4 lead. Zach Agnos led off with a triple to deep centerfield and scored when Lane Hoover singled back up the middle. Jacob Jenkins-Cowart followed with another base hit coupled with a Cougar error putting runners on second and third with no outs. Two batters later Ben Newton plated Hoover, which was immediately backed up by Alec Makarewicz' single to left center scoring Jenkins-Cowart and Josh Moylan's sac fly to right pushed across Newton for the final run of the stanza.

Danny Beal (4-1) earned the win after tossing three scoreless frames where he allowed two hits and struck out three. Carter Spivey notched his team-leading fifth save with three shutout innings surrendering three hits and fanning three. Starter C.J. Mayhue gave up four runs (all earned) on four hits with one strikeouts over 2.1 innings and Trey Yesavage worked two-thirds of a scoreless inning with a walk.

Jaycob Deese (5-3) took the loss after he was touched for five runs (all earned) on eight hits with a pair of walks and punch outs in 5.2 innings. Maddux Miller gave up three runs (all earned) on four hits in two innings, while Cameron Prayer allowed a hit and walked one in one-third of an innings.

ECU jumped out to an early 1-0 lead scoring in the bottom of the first on a wild pitch. Agnos singled to left center, moved to second on Hoover's walk and third when Jenkins-Cowart grounded into a double play. On a first pitch offering during Bryson Worrell's at-bat, Agnos darted home on a wild pitch for the game's first run.

The Cougars pushed across four runs in the third taking a 4-1 lead, which was highlighted by Zach Arnold's 10th home run of the season. Ian McMillian (middle) and Malachi Lott (second) reached on consecutive singles before Brandon Ushe plated the pair on a shot to left field. Arnold followed with a two-run homer that bounced off the light pole in left field.

ECU added three runs in the bottom of the eighth capping the scoring at 8-4. Jacob Starling had an RBI single through the left side plating Newton from second, and Joey Berini singled home Makarewicz with a shot through the right side. Agnos' third hit of the night, a single to center, scored Starling for the game's final run.

The two clubs will continue the weekend series Friday, May 20 with a 6:30 p.m. (ET) scheduled first pitch and will be streamed on ESPN+.
Go Back