Always, two sides to every story | Beaufort County Now | The Elite Media only reports what fits their narrative

Always, two sides to every story

A student at Uvalde High School in Texas, who claims to know Robb Elementary School shooter Salvador Ramos, slammed the prevailing media narrative that the gunman was bullied by other students, which was claimed to be the catalyst for his attack on May 24 where he took the lives of 19 young children and two teachers.

In an interview with WFAA-TV in Dallas, Uvalde High School student Ivan Arellano said that Ramos, a senior at the same high school, “was not a good person” who himself was a bully, rather than the one being bullied. 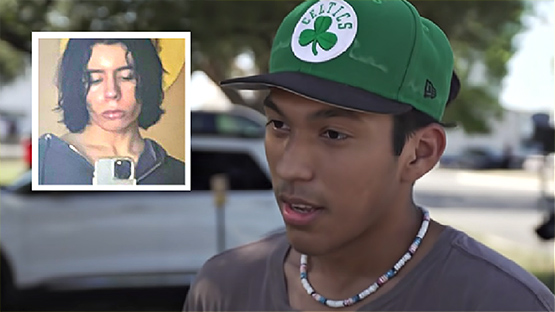 “Salvador Ramos was a boy who was not bullied,” Arellano told the news station on Wednesday. “He would try to pick on people but fail, and it would aggravate him.”

An elite team Border Patrol agent (BORTAC) shot Ramos to death after the teen had trapped students and teachers in a classroom, killing 21 victims. The rampage was described as a reign of fire where “hundreds” of rounds of ammunition were used.

Earlier in the day, the 18-year-old gunman shot his grandmother in a hallway inside her own home just before the school attack. Ramos’ grandfather, Rolando Reyes, describes to a reporter how the blood splattered across the wall after Ramos shot his grandmother.

“The way I see it, I don’t know, but there’s blood all over, we gotta clean that up,” Ramos told a freelance journalist while pointing to a wall.

Reyes told the journalist capturing a video of the gruesome scene that there was a pool of blood near the door, but that his sister and a friend cleaned it up. He added that he didn’t see bullet holes when he came home after the shooting.

Ramos’ 66-year-old grandmother, Celia Martinez Gonzales, is still hospitalized in San Antonio where she has been reported to be in stable condition from the gunshot she suffered to her face, according statement the elderly victim’s granddaughter made to The Post on Thursday.

The gunman then took her pickup and crashed near the elementary school in Uvalde, Texas, before going on the rampage.

In Arellano’s case, who was friends with one of the victims, he wanted to correct the record regarding Ramos since he had not seen any media coverage highlighting the shooter’s cruel character who does not deserve any excuse for committing such a heinous act.

“I don’t see this covered and I’m going to put this out there: He would hurt animals. He was not a good person,” Arellano said.

The statements made by Arellano are contrary to media coverage of the shooter in which Ramos is depicted as a victim who was subjected to gay slurs and bullied because of his lisp.

This observation is consistent with that of Crystal Foutz, a 17-year-old who went to school with Ramos and worked with him at the fast-food restaurant Whataburger.

“He always seemed to take his anger out on the most innocent person in the room,” Foutz said in an interview with KTBC-TV in Austin.

“Those who knew him saw increasing signs of isolation, outbursts and aggression. And there were a series of cryptic social media messages — including to apparently random teenage girls in Germany and California — that offered photos of rifles, ammo and hints of his desire to hurt and kill,” KTBC reported.

“He always seemed to take his anger out on the most innocent person in the room,” Foutz added, who had attended school with Ramos in addition to working with him. “He would get angry at people thinking he wasn’t OK. He was just always super odd.”

After the dust settles surrounding a horrific crime such as this shooting, our perception of people and events tend shift as we begin to explore the background of the perpetrator and details of their background come to light.

There is however one thing that has already become obvious: It was the school system and Ramos’ own family that failed him, who should have been flagged because of his threatening, antisocial behavior, which included self-mutilation, animal abuse, and firing BB guns at people.

American culture has been cratering at an alarming pace in recent years. Much of the decline is attributable to left-wing policies that undermine nuclear families, decimate the middle class and demonize hard work and meritocracy.

In the last few decades, our schools have decayed into mindless incubators of destructive leftist propaganda, which encourages victimhood, socialism, transgenderism, and mediocrity.

It should come as no surprise that American children lag behind their international peers academically and that they feel hopeless and depressed more than ever before.

Democrat-run cities such as Chicago, Los Angeles, New York and Atlanta are suffering from daily shootings and escalating violence as symptoms of a failing system and a flailing culture.

In the wake of these crimes, where is the outrage?

There is no reason to expect these senseless killing sprees to do anything but continue – and worsen – until politicians and the corporate media start to call out this terrible reality instead of selectively weaponizing certain tragedies while ignoring others.

What if?  What if one of the teachers, or both, had a weapon and was trained in how to use it?  Wonder how many who died might still be alive?

If these students who knew the shooter are correct, the reason he did this, including shooting his grandmother, was simple:  He was evil.

There is evil in this world.  The media might wish to blame guns and poor mental health services, or even the school officials, but we think it is a case of the Devil getting hold of this young man.  It is past time we, as a society, accept that there is evil in our world, just as there are evil people in the Kremlin.

What we would bet you is this:  This kid was not an Eagle Scout, and probably not a scout at all.  He most likely was not a Christian and probably did not attend Sunday School and church.

Our leaders have taken God out of our culture, or allowed Him to be taken out, and we now pay the price for that evil.