No. 8 ECU Defeats Coppin State, 17-1 | Beaufort County Now | Bryson Worrell hit a pair of home runs in the in the third inning, one each from the right and left side of the plate, while Danny Beal struck out a career-high six batters helping No. 8 National Seed East Carolina to a 17-1 opening round win over Coppin State 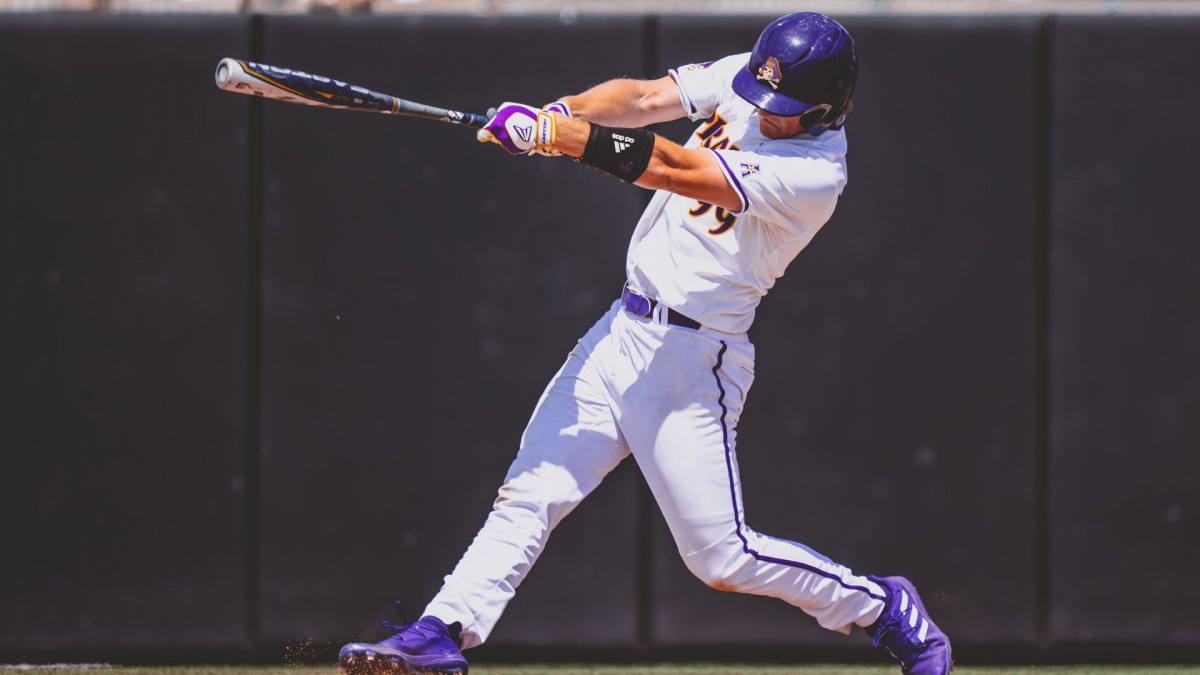 GREENVILLE, N.C.     Bryson Worrell hit a pair of home runs in the in the third inning, one each from the right and left side of the plate, while Danny Beal struck out a career-high six batters helping No. 8 National Seed East Carolina to a 17-1 opening round win over Coppin State in the 2022 NCAA Greenville Regional at Lewis Field inside Clark-LeClair Stadium. With the victory, the Pirates improved to 43-18 overall and extended their winning streak to a nations-best 19 games while the Eagles dropped to 24-29.

ECU pushed across three runs in the first inning taking an early 3-0 lead. Zach Agnos, Lane Hoover and Worrell opened the frame with three consecutive walks before Jacob Jenkins-Cowart singled home a pair with a shot back up the middle. Two batters later, Josh Moylan plated Worrell with a sac fly to right field.

Beal (5-1) earned the win after tossing four shutout relief frames allowing one hit and fanning six. Starter Josh Grosz gave up a run (earned) on five hits with two walks and three punch outs over two-plus innings Trey Yesavage tossed an scoreless frame after entering the game with the bases loaded in the third where he registered one strikeout. Merritt Beeker (1 H, 1 K) and Wyatt Lunsford-Shenkman (1 H) both worked a scoreless stanza for the Pirates.

Agnos added to the Pirates lead with a sac fly to center in the second plating Jacob Starling making it a 4-0 ball game.

Coppin State scratched across a run in the third cutting the lead to 4-1. Josh Hankins singled to left to kick off the third, which was followed by Hamberg's base knock through the left side and a Sebastien Sarabia walk to load the bases and chase Grosz from the contest. Yesavage stepped in and struck out Marcos Castillo for the first out before Corey Miley reached on a fielder's choice plating Hankins. Yesavage ended any potential threat retiring Mike Dorcean on a pop out to short.

ECU exploded with eight runs on five hits in the third taking a commanding lead at 12-1. Worrell lead off with a solo blast to left field (right-handed) his 15th of the season to get the scoring underway. Three consecutive walks loaded the bases for Alec Makarewicz, who singled through the left side pushing across Jenkins-Cowart. After a pitching change, Justin Wilcoxen followed with an RBI base hit to right field scoring Ben Newton.

The stanza continued with Agnos reached on an RBI infield single plating Josh Moylan and Lane Hoover's ground out to second scored Makarewicz. Worrell capped the frame with a three-run shot to right field (left-handed) for his 16th round-tripper of the 2022 campaign.

Makarewicz' solo blast to right field pushed the Pirates lead to 13-1 in the fourth before ECU added a pair in the seventh and eighth innings.

Offensively, the Pirates banged out 14 hits scoring on the way to its post-season high 17 runs. Ten different players tallied one hit on the day with Ryder Giles, Makarewicz, Joey Rezek and Worrell each collecting a pair. Worrell drove in a game-high four runs and scored three times, while Agnos (two), Makarewicz (two) and Rezek (three) plated multiple runs.