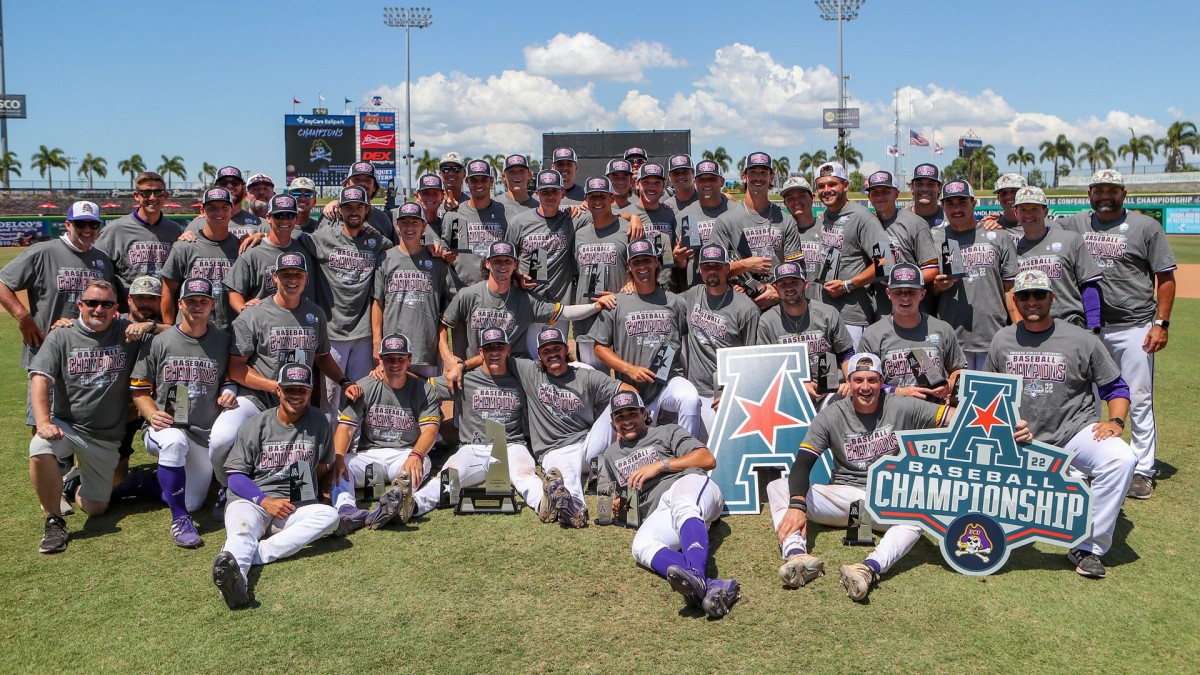 With the win, East Carolina (42-18) earned The American's automatic bid to the NCAA Championship. It was the Pirates' 18th-consecutive win, the longest current win streak in the nation and one shy of the conference record.

East Carolina struck first as Jacob Jenkins-Cowart, the Championship's Most Outstanding Player, launched an opposite-field 3-run home run to left in the bottom of the first to score Bryson Worrell and Zach Agnos.

Jenkins-Cowart singled home Worrell in the third and then came around to score on a 2-run double by Jacob Starling to push the lead to 6-0.

Cameron Nickens singled home Ian McMillan in the seventh for the Cougars.

Josh Grosz (4-5) picked up the win, allowing one run in 3.2 innings of relief. Logan Clayton (7-4) took the loss, allowing three runs in one inning of work.