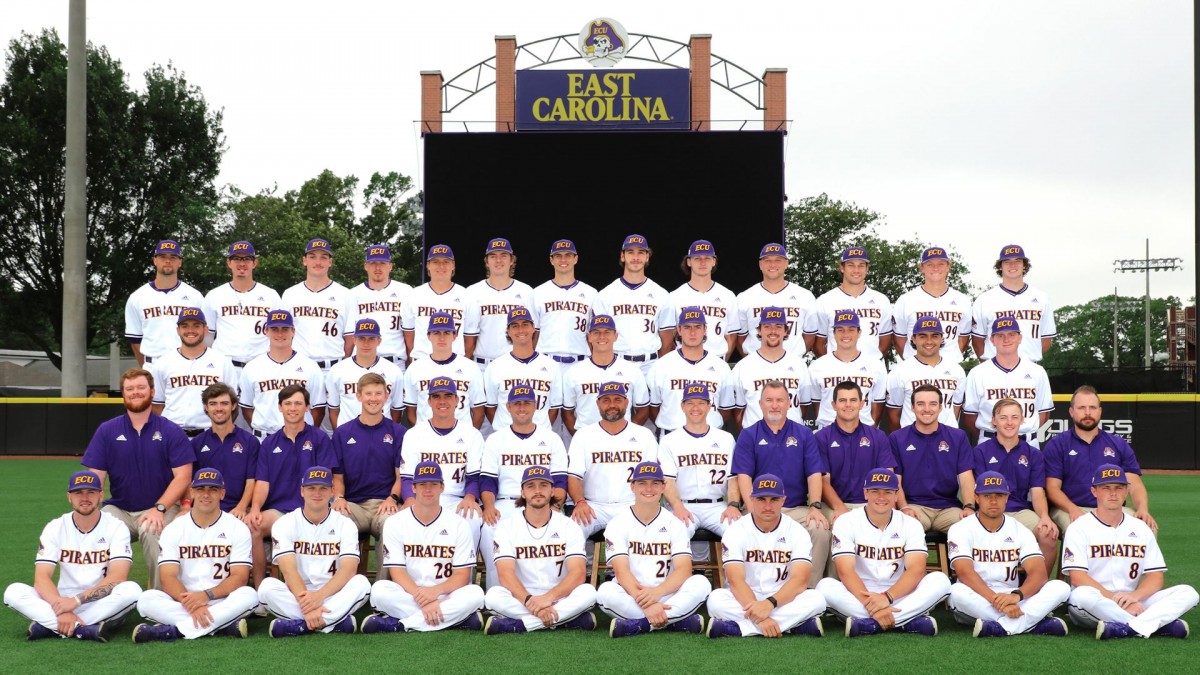 GREENVILLE, N.C.     No. 9 seed Texas scored nine runs in the first two innings and claimed the 2022 Greenville Super Regional over No. 8 National Seed East Carolina Monday morning at Lewis Field inside Clark-LeClair Stadium. With their win, the Longhorns advance to the 38th College World Series that will begin later this week in Omaha, Neb.

The Pirates, who won the American Athletic Conference regular season and tournament championship, closed out the season with a 46-21 overall record which included a program-best 20 consecutive wins from April 29 to June 4. The 2022 club hosted ECU's fourth consecutive regional, advanced to their third-straight super regional and for the first time in program history it hosted a super regional in Greenville, N.C.

After a near 90-minute lightning delay to start the contest, Texas wasted little time in cracking the scoreboard pushing across four runs in the first for a 4-0 lead. Douglas Hodo III reached on an infield single, stole second before Eric Kennedy walked. Ivan Melendez, the nation's leader in home runs, belted his 32nd of the season with a shot to left field. Murphy Stehly reached after being hit by a pitch chasing Beal from the game. Austin Todd moved Stehly to second on a sac bunt before Skyler Messinger singled him home. Then the 4-hour and 50 minute lightning delay, which turned into a rain delay halted the game with one out in the first frame.

Tristan Stevens (7-6) earned the win allowing one run (earned) on five hits with three walks and five strikeouts over six innings. Travis Sthele tossed two scoreless innings of relief with a pair of punch outs, while Jared Southard closed out the game with a scoreless ninth and on strikeout.

ECU responded with a run in the home half of the first making it a 4-1 ball game. Zach Agnos laced an opening frame single back up the middle and moved to third on Lane Hoover's base hit to right. Two batters later, Jacob Jenkins-Cowart plated Agnos with a sac fly to center.

The Longhorns padded their lead with five runs in the second taking a 9-1 lead. Kennedy single to score Trey Faltine for the first run before Stehly's two-RBI double to center. A sac fly by Todd pushed across Kennedy and Messinger's RBI single to center scored Melendez to cap the frame.

Texas added single runs in the fifth and ninth innings on solo home runs by Faltine (left field) and Silas Ardoin (right field) for an 11-1 final.

Offensively the Pirates tallied five hits getting two from Agnos, who reached base four times in the contest. Hoover, Jenkins-Cowart and Josh Moylan also registered base knocks.
Go Back