ECU Falls To Texas In Game Two Of Super, 9-8 | Beaufort County Now | Dylan Campbell's bases loaded single down the right field line in the bottom of the ninth gave No. 9 Texas a 9-8 series tying win over host No. 8 East Carolina Saturday afternoon at Lewis Field inside Clark-LeClair Stadium.

ECU Falls To Texas In Game Two Of Super, 9-8 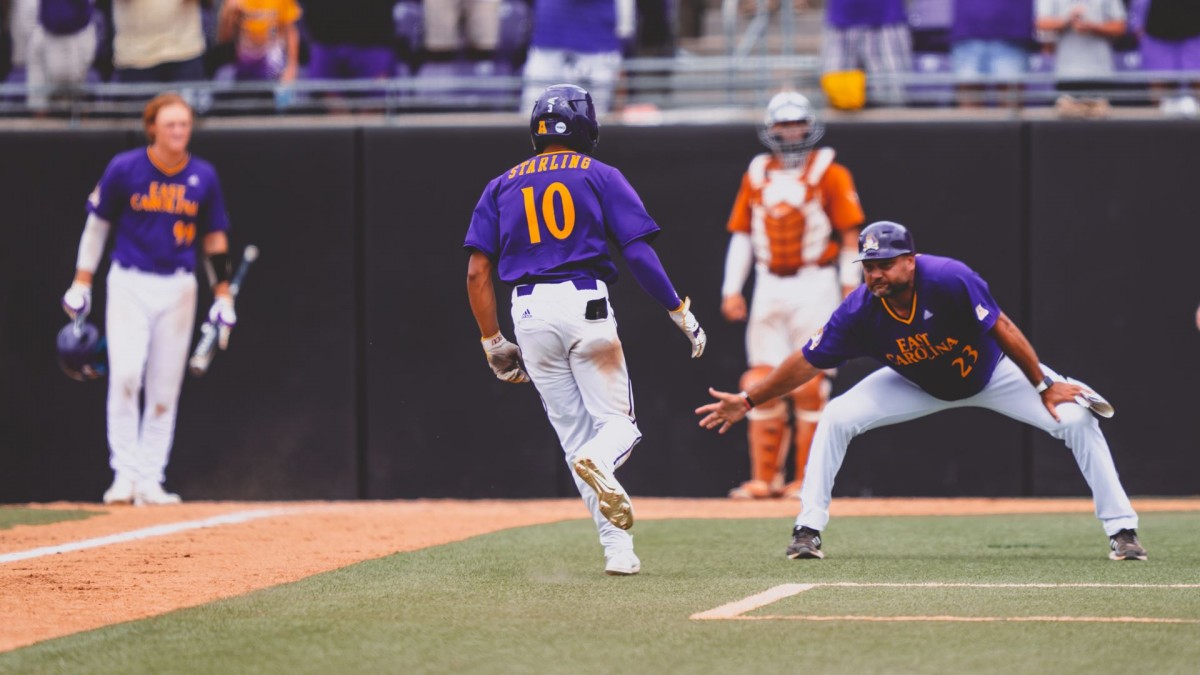 GREENVILLE, N.C.     Dylan Campbell's bases loaded single down the right field line in the bottom of the ninth gave No. 9 Texas a 9-8 series tying win over host No. 8 East Carolina Saturday afternoon at Lewis Field inside Clark-LeClair Stadium. With the win the Longhorns improved to 46-20, while the Pirates fell to 46-20. Game three of the Greenville Super Regional will be played Sunday, June 12 with a 4 p.m. (ET) scheduled first pitch on ESPN2.

With the game tied at eight-all going to the bottom of the ninth, Ivan Melendez singled to shallow center starting the frame for Texas. Mitchell Daly moved Melendez over on a sac bunt which was followed by an Austin Todd intentional walk. Two batters later Silas Ardoin loaded the bases with a walk before Campbell singled down the right field line pushing across Melendez for the walk-off win.

Texas plated a pair of runs in the first inning for an early 2-0 lead. Eric Kennedy singled to left with one out, stole second base with two away and came around to score on Murphy Stehly's RBI single to right-center. A throwing error by ECU allowed Stehly to score from second for the two-run advantage.

Bryson Worrell's solo blast to left-center put the Pirates on the board in the fourth inning cutting the lead in the half at 2-1. For Worrell, it was his 20th blast of the season and 40th of his career.

ECU plated five runs in the fifth frame on four hits taking its first lead of the game at 6-2. Justin Wilcoxen single to left and was lifted for Joey Rezek as a pinch runner. Agnos followed with a single up the middle and Lane Hoover reached on a fielding error and loading the bases. Worrell doubled down the line scoring Rezek and Agnos. Jacob Jenkins-Cowart blasted his 13th homer of the season with a three-run shot to right field.

The Pirates added a fun in the seventh pushing their lead to 7-2. Jenkins-Cowart singled to right-center and Ben Newton followed with a single down the right field line putting runners on the corners. After a Longhorn pitching change (Stevens), Jenkins-Cowart scored on a wild pitch.

Texas responded with two in the seventh on Douglas Hodo III's two run shot to right field. In the eighth it was Skyler Messinger's three-run homer to right that tied the game at seven-all and two batters later Campbell gave the Longhorns an 8-7 lead with a solo shot to right.

Jacob Starling tied the game at eight-all with a two-out solo blast down the left field line.