NC might learn about Seattle's experience with legalizing drugs 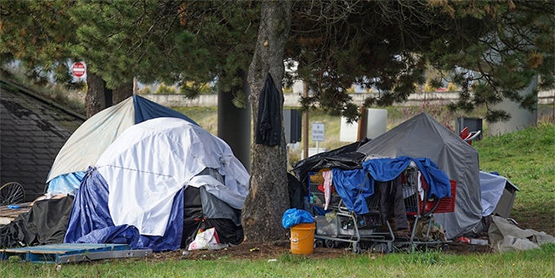 Heroin, meth and fentanyl use is rampant and often visible on city streets. Portland police officers drive by homeless addicts buying and using.

The signs of drug addiction are actually increasing throughout the state, according to law enforcement sources. Oregon ranks second-highest among U.S. states for substance abuse with nearly one in five adults addicted.

In November 2020, voters overwhelmingly passed Measure 110. The Drug Addiction Treatment and Recovery Act secured 58% of the votes and decriminalized possession of small amounts of hard drugs such as heroin, meth, cocaine and fentanyl.

The new law made possession of those substances no more than a Class E violation, the equivalent of a traffic ticket punishable by a maximum $100 fine. But the fine is dismissed when someone who is fined calls a help hotline, Lines for Life, and completes a health assessment. The idea is to connect drug abusers with services and treatment instead of putting them behind bars.

Sixteen months into this first-in-the-nation experiment, the numbers paint a bleak picture. Drug overdose deaths hit an all-time high in 2021 with 1069, a 41% increase from 2020. And very few people are getting into treatment. According to The Lund Report, after one year, just 136 people had entered treatment, less than 1% of those helped by Measure 110. But the actual number may be even lower.

David Murray is a senior fellow in the Hudson Institute who advised drug czars in two different presidential administrations.

"It is predictable, was predicted and now, unfortunately, is coming to pass in front of our eyes," said Murray, "It is a tragedy and a self-inflicted wound."

The Oregon Judicial Department reports that, through the end of May, police throughout the state had written 2,576 tickets for drug possession since Measure 110 was enacted. Seventy-five percent of the tickets resulted in convictions, the vast majority because the offender never showed up in court.

Dwight Holton, CEO of Lines for Life, tells Fox News only 116 people have called the help hotline. Sixty-six of those callers just wanted verification of the assessment, so they could void the ticket, Holton said. Twenty-six, he says, were already in services of some kind and didn’t want any more.

"About 20% — 24 people — were not previously involved in (addiction) services and wanted resources, so we connected them to relevant services," Holton says.

A reporter holds up a vial of fentanyl after a news conference at DEA headquarters in Arlington, Virginia, June 6, 2017. (AP Photo/Jacquelyn Martin, File)

Mike Marshall, co-founder and director of Oregon Recovers, is not surprised by the dismal treatment numbers following implementation of Measure 110.

Oregon’s war on drugs may be over, but other crimes are on the rise and keeping police busy.

"What we’re absolutely seeing is that as drug possession has been decriminalized, property crimes have increased and so has violent crime," said District Attorney Kevin Barton of Washington County, Oregon. Police in rural parts of Oregon also tell Fox News they are seeing more theft as people steal to feed their addiction.

Portland, the state’s largest city, set an all-time record with 90 murders in 2021. Police in Multnomah County link these to Measure 110, saying there's been a rise in homicides tied to drug turf wars between gangs.

Tera Hurst, executive director of the Health Justice Recovery Alliance, which is working to implement Measure 110, says the criticism is premature. Only 10% of $300 million in available Measure 110 funds has been allocated to date.

The money is coming from cannabis tax revenue, making it ineligible to be used for treatment, which is primarily covered by Medicaid. What Measure 110 is funding is recovery and harm reduction services.

The first $30 million in grants went to needle exchange programs, peer-to-peer counseling, support housing and even Narcan, which is used to revive people who overdose on heroin.

"I don’t think it’s just about getting folks into treatment," says Hurst. "It’s also about meeting people and getting people out into the streets doing outreach for folks and getting them life-saving drugs. You can’t save somebody if they overdose and die."

The Oregon Health Authority, which overseas Measure 110, also defends the lack of people in treatment.

"People enter treatment when they are ready to," said OHA spokesman Timothy Heider, "The support being built to help people will meet them where they are."