Biden's economy is hurting millions of Americans, and it is going to get worse | Eastern North Carolina Now | Where is Donald Trump when you need him?

Biden's economy is hurting millions of Americans, and it is going to get worse 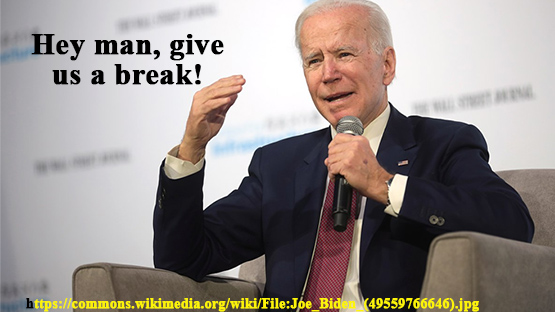 The impact of Joe Biden’s economic disaster is going to get worse.  That’s the prediction of experts.  We are posting this article, along with the link to the original source, so you can send the link to any “Woke” friends you may have.  Here’s what it says:

Double-digit inflation may be just around the corner as Democratic leaders in Congress debate a new, revised Build Back Better spending bill.

The inflation rate is currently 9.1%, the Bureau of Labor Statistics reported Wednesday.

According to the Heritage Foundation, inflation is likely to hit double digits by the fall.

"Things are only going to get worse one way or another, as Biden's economic policies are a double-edged sword," said Joel Griffith, research fellow in economic policy studies at the conservative think tank. "This is quite possibly the last month of lingering economic factors keeping inflation in the 8% range, which means the official [Consumer Price Index] number could be in the 10% range by the fall.

"Or, inflation may slow down if gas prices — which have been a key driver of inflation — drop even further than they have in the last few days. The problem with that? Those prices are dropping not because of more supply, but because of the rising fear of recession."

The Producer Price Index (PPI) is currently at a record high of 11.3%.

"This is the seventh consecutive month with wholesale price inflation above 10 percent," said Idaho Republican Sen. Mike Crapo. "Now would be the worst time to subject businesses to another round of Democrat tax increases, which would serve only to put more pressure on costs to producers, including the vast number of small businesses struggling to stay afloat in the high-inflation, shortage-ridden environment that has unfortunately been engineered by the Biden Administration's economic policies."

Democratic leaders in Congress are considering a revised filibuster-proof budget reconciliation bill that could include $300 billion for climate-related initiatives in addition to expanding taxpayer-funded Obamcare subsidies as well as an effort to lower prescription drug prices.

Democrats are also considering an increase to the corporate tax rate.

West Virginia Democratic Sen. Joe Manchin has said he would only support a spending package that does not worsen the inflation situation in the country.

"Inflation is absolutely killing many, many people," Manchin said.

Democratic leaders need all 50 senators from their party caucus plus Vice President Kamala Harris on board in order to pass a budget reconciliation bill.