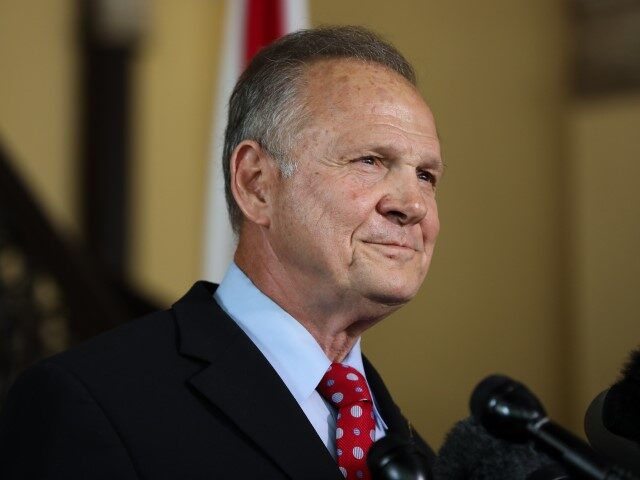 Hood Richardson wrote about this case recently.  As usual, it turns out Hood was right.

A federal jury in Alabama determined that a Democrat Super PAC defamed Judge Roy Moore, former Republican candidate for U.S. Senate in Alabama, and awarded him $8.2 million in damages for the injury to his reputation on Friday.

The focus of Moore’s lawsuit against the D.C.-based Senate Majority PAC was an ad they ran during his Senate campaign against former Sen. Doug Jones (D-AL) in Alabama’s 2017 special election.

Moore’s candidacy in Alabama was derailed after the Washington Post published a report claiming Moore made sexual advances against four teenage girls between 1977 and 1982.

As the Associated Press reported:

The lawsuit centered on one television commercial that recounted accusations against Moore in various news articles. Moore’s attorneys argued the ad, through the juxtaposition of statements, falsely claimed he solicited sex from young girls at a shopping mall, including another 14-year-old who was working as a Santa’s helper, and that resulted in him being banned from the mall.

The advertisement at issue in the lawsuit began with: “What do people who know Roy Moore say?” It followed with the statements “Moore was actually banned from the Gadsden mall … for soliciting sex from young girls” and “One he approached was 14 and working as Santa’s helper.” Both quotes cited various news articles.

“In their ad they strung quotes together to make a single statement. That’s what the jury found offensive. They got up and lied and said they didn’t intend that,” Moore’s attorney Jeff Wittenbrink said.

No criminal charges were filed against Moore, who formerly served as Alabama Supreme Court chief justice.

Moore maintained his innocence and staunchly denied the accusations when the Washington Post’s report came out.

“This garbage is the very definition of fake news and intentional defamation,” Moore said at the time.

Moore praised Friday’s jury decision as “vindication” and said it is “a huge blow” to the Senate Majority PAC.

“I feel this is vindication and I give thanks to Almighty God and the jurors in this case for a great victory over are [sic] corrupt political system,” Moore added.

“The verdict by this jury of regular people of the state of Alabama represents a great legal victory over those will say and do anything to capture an election, including dragging the name of a good man through the mud to destroy a hard-earned reputation,” Wittenbrink said.

“The facts of this case were so egregious that the jury quickly found actual malice against the Senate majority super PAC,” Wittenbrink added.

An attorney representing the Senate Majority PAC said the committee plans to appeal the jury’s verdict.

“We do not think this verdict is the right decision, but we believe the facts are clear and this ruling will be overturned on appeal,” attorney Ben Stafford said.

Jordan Dixon-Hamilton is a reporter for Breitbart News. Write to him at jdixonhamilton@breitbart.com or follow him on Twitter.