State Treasurer sides with the plaintiff in Certificate of Need case 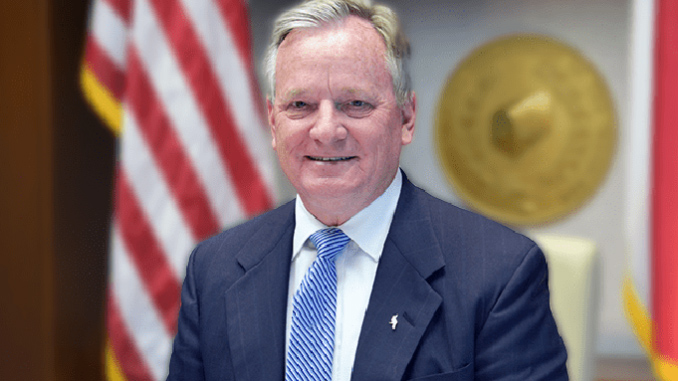 The North State Journal is reporting:

“As ‘keeper of the public purse’ and having responsibility for 750,000 members of the State Health Plan, I felt it was my duty to become part of Dr. Singleton’s lawsuit,” Folwell said in a press release.

“We spend $4 billion a year of taxpayer’s money providing medical and pharmaceutical coverage for those that teach, protect and otherwise serve the people of this state,” said Folwell. “CON laws are exactly what they sound like – a CON. Every year the hospital cartel, through the North Carolina Healthcare Association, prevents any meaningful change to CON laws. Now, we must go through the courts to achieve that change.”

Folwell’s filing, submitted on Aug. 15, asserts that the CON law violates Article I, Sections 19, 32, and 34 of the North Carolina Constitution and creates an uneven playing field that protects existing large health care providers.

According to a press release, the lawsuit was filed Dr. Jay Singleton, a New Bern eye surgeon who challenged the state’s CON law that requires him to secure a government-issued certificate of need before he can perform most eye surgeries at his vision center.

The CON law forces Dr. Singleton to perform most surgeries at New Bern’s Carolina East Medical Center at significantly higher costs to the patient. His lawsuit contends that the CON law violates three sections of the North Carolina Constitution, the statement says.

Singleton’s lawsuit was dismissed in a unanimous decision by a three-judge panel of the N.C. Court of Appeals that led Singleton to unsuccessfully petition the court to rehear the case. Singleton has since filed a request with the Supreme Court of North Carolina to take up the case.

According to Folwell’s statement, the supposed purpose of CON regulation is to “limit spending and cost by discouraging providers from acquiring unnecessary medical equipment. However, studies show CON laws protect incumbent providers from competition rather than protecting patients and payers from unnecessary costs.”