The national debt is expected to surpass $31 trillion soon, which would be the largest ever on record. It's a reflection of the massive spending plans passed in response to the coronavirus pandemic, and Biden's student loan forgiveness plan.

But as the national debt balloon's, the Biden administration is mostly ignoring the problem and instead turning the country's focus to his efforts to reduce the budget deficit.

At the Democratic National Committee reception, Biden said, "You know, Republicans talk about being fiscally responsible. Last year, I reduced the deficit to $350 billion. You know how much this year, not counting the Medicaid changes? One trillion seven hundred billion dollars. So, I don't want to hear from Republicans about fiscal responsibility."

David Ditch, a policy expert from the Heritage Foundation, argues that Biden's achievements are rather hollow.

In a chart, Ditch showed that it took the nation 215 years to accumulate $7 trillion in debt. That time span has now shrunk to 2.5 years. 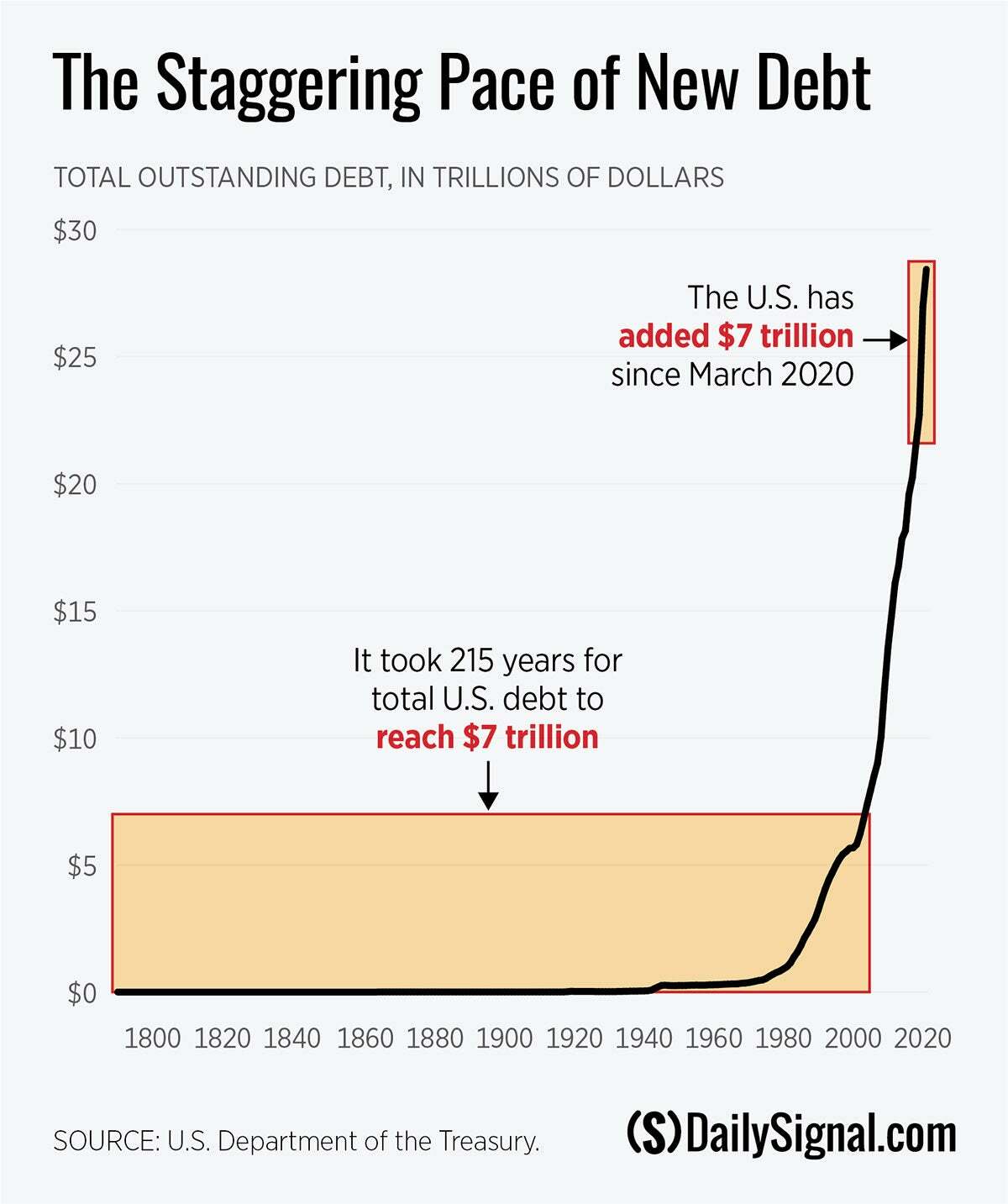 "The problem is these structural deficits will keep us at about $1 trillion per year, and we may hit $2 trillion per year in the next decade," Ditch said. "Running that deficit every year without an emergency, it's mind-boggling."

And it seems like it is only going to get worse.

The addition of President Biden's decision to hand out student loan debt forgiveness will add an additional $300 billion on taxpayers, which is deeply unfair to those who have either paid the loans back or didn't attend college in the first place.

The administration justified this spending, in light of historic inflation and national debt, by stating that it will "largely offset" the staggering increases that most families are seeing at the gas station and grocery store.

But this won't help the public as much as it will help activists and perhaps give Biden a bit of a boost in the poll. As Locke senior vice president of research Brian Balfour explains, student loan forgiveness is a "morally indefensible vote-buying scheme."

It may add some temporary relief, but North Carolinians should be aware that the North Carolina Department of Revenue is planning on taxing the student loan funding received. For more important about how that can impact you, click here.
Go Back