Login to Send a Private Message to Stan Deatherage
Minority Leader Kevin McCarthy of California was elected Speaker of House for the 118th Congress in the first hour of January 7, 2023 by the absolute slimmest of margins. 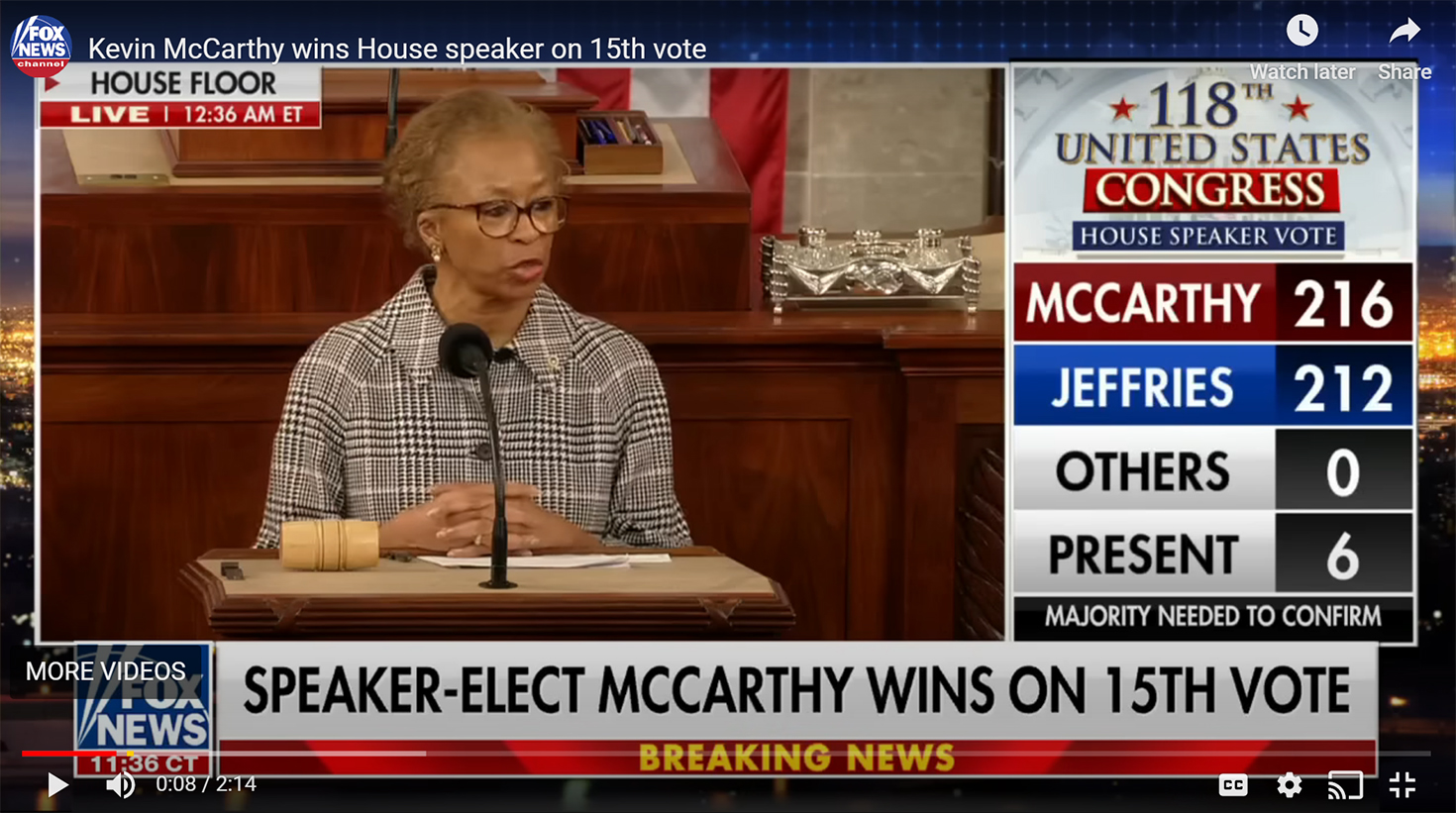 Representative Kevin McCarthy become the Speaker of the House for the 118th Congress: Above.    Screenshot     Click image to enlarge.

Whether one is supportive of Representative Kevin McCarthy for Speaker of the House of Representatives of this 118th congress, or more in favor of what would be a more "perfect choice," whomever that might be, the drama, the political wrangling, the suspense is over.

NOW, all members of congress can be sworn-in, en masse, and the arduous work to begin to fix a part of our broken government, a Democratic Socialist government, in whole, that is undeniably intent on destroying our Constitutional Republic, can begin.


Kevin McCarthy wins the election for Speaker of the House on the 15th vote of congress in the 118th congress's first session: Below.

This historic vote, the second longest in the history of this Representative Republic to select a Speaker, was not a pretty sight, but well manifested how congressional deliberations should take place; in full view of the public, and with as much scrutiny as the People can stomach.