Change at the UNC Board of Governors, or Not?

Published: Tuesday, April 16th, 2013 @ 12:35 pm
By: Jenna Ashley Robinson   ( More Entries )
The Republican-dominated board may scrutinize the budget, but does it have an appetite for reform? 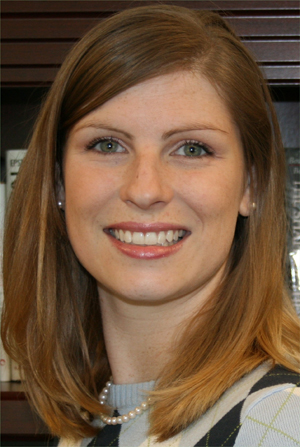 Jenna Ashley Robinson
new members will join the UNC Board of Governors. The newcomers are almost all Republicans, and thus might be expected to be conservative about expenses, but will they reform the system?
https://beaufortcountynow.com/profile/jarobinson
There is a danger that the governors may balk when it comes to challenging the usual way of doing business at the university. Nearly all governors are graduates of at least one school in the UNC system, and nearly half the voting members (when newly constituted) attended UNC-Chapel Hill.

All too often, the Board of Governors members have acted as an extension of the UNC system rather than as a representative of the legislature (which elected them) and the taxpayers of North Carolina (who pay for the university).

One illustration occurred last August. The Board of Governors, which already had been infused with conservatives due to the election of 2010, created a Committee on Public Affairs designed to lobby on behalf of UNC schools. And others made it clear that they would vote and act on behalf of their alma maters.

Lobbying on behalf of the UNC system? That suggests that the Board considers itself a servant of the university system--not its master, as it should be.

The board has 32 voting members and three ex-officio members. The current board is comprised of 19 Republicans, 14 Democrats and two unaffiliated members. After new members take office, the 35-member board will have 29 Republicans, two Democrats and two members who are registered unaffiliated. (I could not determine the political party affiliation of another two of the new members.)

The geographic diversity of the board will also change. Fewer members will come from Charlotte and the mountains and more will come from the Triad and communities east of I-95. Both before and after elections, nine members will live in the Triangle. One member of the current board lives out of state--in Tennessee. On the new board, one member will come from South Carolina.

The new board will have 17 UNC-Chapel Hill alumni, two fewer than the present board, but still a powerful force. It remains to be seen whether such a board can put loyalty aside in order to ask hard questions about the system.

Information about the board members follows.

The new board members are:

Roger Aiken of Alexander, who works for Wells Fargo Advisors. Aiken was a member of the N.C. School Boards Association from 2004-2008. He is the author of a bi-weekly column for the Asheville Citizen-Times. He graduated from Appalachian State University in 1981.

Henry Williams Hinton of Greenville, president and general manager of Inner Banks Media, LLC. Hinton is the former president of the N.C. Association of Broadcasters. He graduated from Eastern Carolina University in 1976; he started his career at the ECU campus radio station.

Rodney Hood of Durham, a director at JP Morgan Chase. He served under President Bush as vice chairman at the National Credit Union Administration. Hood graduated from UNC-Chapel Hill in 1989 and the Kenan Flagler School of Business at UNC in 1993 in the executive education program.

William M. Kotis, III , of Summerfield, a commercial real estate investor and restaurateur with Kotis Properties Inc. He received his B.S. in business administration from UNC-Chapel Hill in 1991 and his MBA from UNC Greensboro in 1995.

Scott Lampe, CPA, CGMA, of Davidson, vice president and chief financial officer for Hendrick Motorsports. He received his B.A. in accounting from Appalachian State University in 1994.

Steven B. Long of Raleigh, a tax attorney and partner with Parker, Poe, Adams & Bernstein. Long advises businesses and individuals on tax and employee benefits issues. He received his B.S. from UNC-Chapel Hill in 1982 and his J.D. from Georgetown University in 1991.

Joan G. MacNeill of Webster, a retired entrepreneur and nurse, co-founded the Dillsboro-based Great Smoky Mountains Railway in 1989 with her husband, Malcolm G. MacNeill. She is a former member of the Western Carolina Board of Trustees. MacNeill earned her bachelor's degree in nursing from the University of Florida while studying on a U.S. Navy scholarship.

W.G. Champion Mitchell of New Bern, a retired attorney and CEO of Network Solutions LLC., served Presidents George H. W. Bush and Bill Clinton on the Board of the Federal Agricultural Mortgage Corporation and as a member of the president's Policy Advisory Committee on Trade Policy and Negotiations. He is an alumnus of UNC-Chapel Hill.

R. Doyle Parrish of Raleigh, is CEO of Summit Hospitality Group. Parrish is a board member of the N.C. Travel and Tourism Coalition. He graduated from UNC-Chapel Hill and Wake Forest's Babcock School of Business Management.

Dr. Joan Templeton Perry of Kinston, a pediatrician, earned her B.S. and M.D. from UNC-Chapel Hill. She is a former Morehead Scholar, senior class president, and Medical School class president.

Therence O. Pickett of Greensboro, is vice president, general counsel, and secretary at Volvo Group North America and Mack Trucks Inc. He is a member of the Board of Directors of the NC Zoo Society. He received his J.D. from Duke University.

Robert Sterling Rippy of Wilmington is the owner and president of Jungle Rapids Family Fun Park. Rippy is an alumnus of East Carolina University who has served on the boards of Cape Fear Community College and ECU.

John Craig Souza of Raleigh, president and chief executive officer of the N.C. Health Care Facilities Association, served on the UNC Board from 1997 to 2009. He has also served as a trustee at East Carolina University, his alma mater.

George Sywassink, Jr., of Charlotte and Hilton Head, is chairman and retired CEO of Standard Holding Corporation. Sywassink serves on the board of directors of he Appalachian State University Foundation. Sywassink was named an honorary alumnus of Appalachian in 1994.

Laura I. Wiley of High Point, a retired educator and member of the North Carolina General Assembly from 2005-2011, serves on the Board of Directors of the Greensboro-based WAR Memorial Foundation, on the High Point Housing Authority Board of Commissioners, and on the Senior Resources of Guilford Board of Directors. She is an alumna of the University of Tennessee.

The University of North Carolina is ripe for reform. Not only has it experienced a series of scandals over the past decade, its costs and tuition continue to rise, the quality of learning appears to have declined, and biased classes have been discovered again and again. The Board of Governors has its work cut out for it--will it act?
Go Back