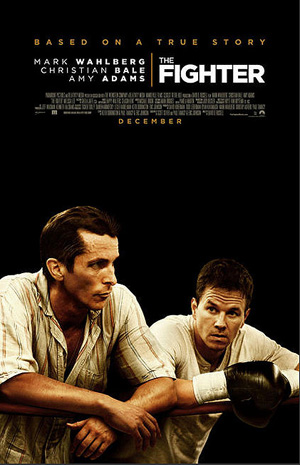 Wahlberg goes for the welterweight title, but Bale deserved the Golden Globe

Boxing is more of a drama than a sport--the quick action in the ring is usually only a culmination of much longer period of mental staging and physical preparation. Such an emotional back-story and climactic ending are the perfect formula for an entertaining drama, which is why boxing movies are so popular.

I, for one, am a sucker for the emotional aspect of boxing, as well as boxing movies. Oddly enough, the only other sport I enjoy watching is ice skating, yet I will Pay-per-view fights and Rocky is one of my Top 10 favorite movies of all time.

For this reason, I was wracked with anticipation for the 2010 boxing movie The Fighter, about the early years--in 1993 Lowell, Massachusetts--of professional boxer "Irish" Micky Ward and his brother Dicky Eklund--played by Mark Wahlberg and Christian Bale, respectively, before I even saw its trailer.

After having seen the film, I can't imagine walking out of the theater any more satisfied. The Fighter may not live up to the iconic Rocky movie, but for a biopic it was incredibly entertaining, even staying true to life 80 percent of the time, according to the real Micky Ward. 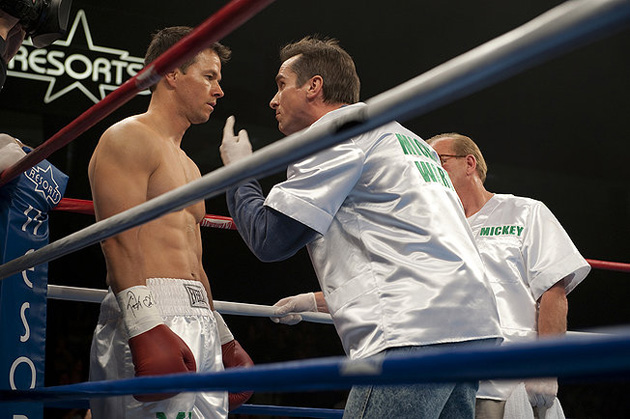 Like Rocky, and other boxing movies Cinderella Man and Million Dollar Baby, The Fighter is also a story of conflicted underdogs who come from behind, and after months of pain and transformation, take a shot at redemption and glory.

Even with such typical elements, however, The Fighter comes off as being completely original. In the aforementioned fictional boxing movies, the heroes, even when down and out, always behave in a heroic manner. In The Fighter, the heroes are much more realistic, with much more human-sized character flaws. Though their overarching Goodness wins the hearts of the audience, the protagonists in The Fighter are sometimes hustlers or drug addicts, are sometimes cowardly or disloyal. Micky and Dicky are motivated to box by a chance at the title and to make money, as did Rocky and Cinderella Man, respectively; but their incentives are subtly tainted with gritty insinuations of ego and greed, as opposed to the fictional heroes' incentives of pride and need. 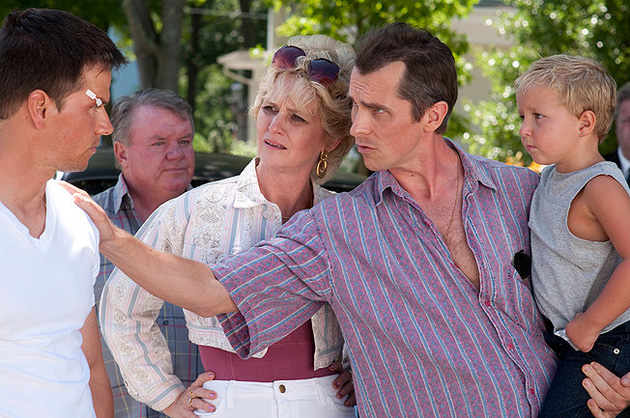 In my opinion, there were two stand-out performances in The Fighter that made what would have been a good movie, great: Bale as Dicky and Melissa Leo as Alice Ward, Micky and Dicky's mother.

I fell in love with Christian Bale, as an actor, after seeing his disturbingly flawless performance as Patrick Bateman in American Psycho. Of course, most of America will always remember Bale as the raspy-voiced Batman, from Christopher Nolan's adaptation of the comic; but those who appreciate the tuned subtleties of a perfectly personified character, like me, can now rejoice in Bale's second perfect depiction of humanity, after Bateman, as Dicky Eklund, in The Fighter. As Eklund, Bale seamlessly transformed into a working class, local legend, who once sent Sugar Ray Leonard to the mat, but is now a crack-addicted hustler clinging to former boxing glories as the unreliable sparring partner for his younger half-brother, Micky. Already, Bale has won a Golden Globe for Best Supporting Actor for his role in this film; and he is nominated for an Oscar.

Before The Fighter, Melissa Leo was an unknown to me, and, I'm guessing, most of America. Like Bale, she won a Golden Globe for Best Supporting Actress for her role in The Fighter, and is similarly nominated for an Oscar. Probably the most noticeable, impressive and intriguing aspect of Leo's performance as Alice Ward was her complete makeover from an elegant and unimposing brunette into a tacky and fearsome bleach blonde. I can only imagine that Alice Ward's persona as an interfering, bossy and possessive mother of two boxers and seven grown daughters, was a far starch for Leo, as well. Nevertheless, Leo nailed both the look and the attitude, and is, thus, very deserving of her newfound notoriety.

The Fighter is Rated R for language throughout, drug content, some violence and sexuality. It is 115 minutes in duration.

This article provided courtesy of our sister site: Better Angels Now
Go Back