Lone Survivor | Beaufort County Now | Marcus Luttrell wrote this titular story of his one life experience that would forever define who he was, who he is, and who he will remain.

If the Taliban is Evil, Navy SEALs are an Avenging Angel

Marcus Luttrell, with help from Author Patrick Robinson, wrote his titular story of his one life experience that would forever define who he was, who he is, and who he will remain. Unfortunately, the other three members of his fellow Navy SEALs, 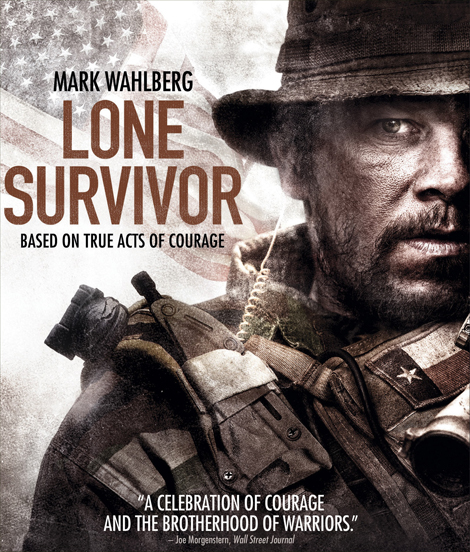 participating in their mission to engage the Taliban in Afghanistan in 2005, were not so fortunate. Rather than "Lone Survivor" being solely Marcus Luttrell's first-person story of survival against terrible odds, it is, moreover, the story of his fellow "brothers" in that fight, which went so terribly wrong, regardless of the extra-human heroism of these four Navy SEALs to survive. 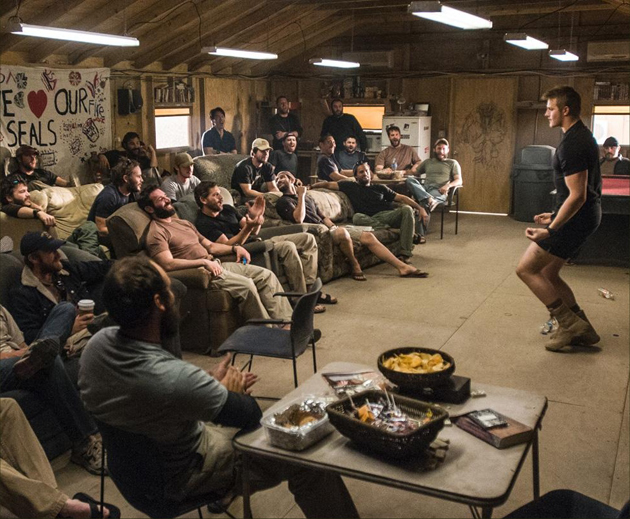 This young Navy SEAL, Shane Patton, played by Alexander Ludwig, found he must prove his metal before he got his first mission. In the gathering/recreation room, he got his chance to perform for his fellow SEALs: Above. On the mountain and ready to engage the enemy. The forward Seal Team for Operation Redwing (from left to right): Lt. Michael Murphy, played by Taylor Kitsch; Gunner's Mate Second Class Danny Dietz, played by Emile Hirsch; Sonar Technician Second Class Matt 'Axe' Axelson, played by Ben Foster, Hospital Corpsman First Class Marcus Luttrell, played by Mark Wahlberg: Below.     Click on image to expand. 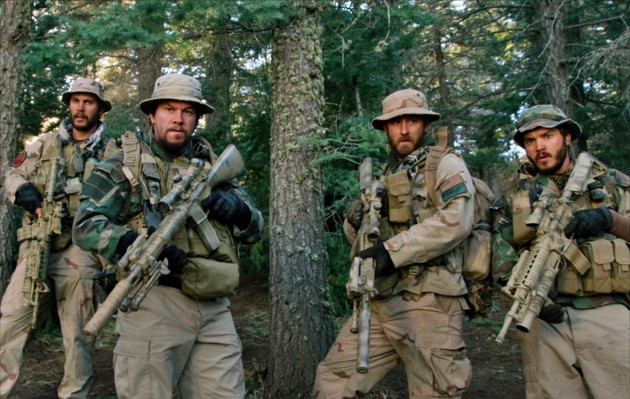 With their intel compromised and their communications blocked due to the terrain, their mission immediately appeared untenable at best. With no other opportunity available, the team elected to be patient until both intel and communications improved. It did not.

The team was discovered by partisan shepherds, and rather than dispatching them with extreme prejudice so that the mission might survive, they released them on their own recognizance, and abandoned the mission. The problem with the humanitarian release of these Taliban spies was that the hunters quickly became the hunted and their mission now was merely to survive.

Maybe if these SEALs had just 'greased' these Taliban Sympathizers, and hid the bodies, then this terrible story would not need to be told. But that is not the American way. We are a good people. The Taliban ... not so much. 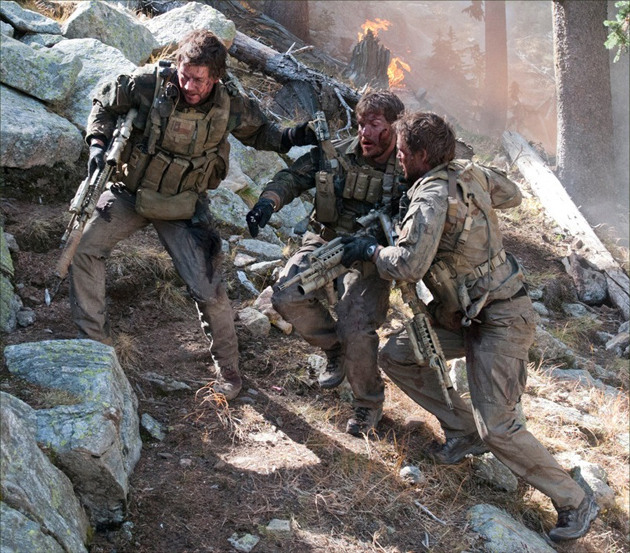 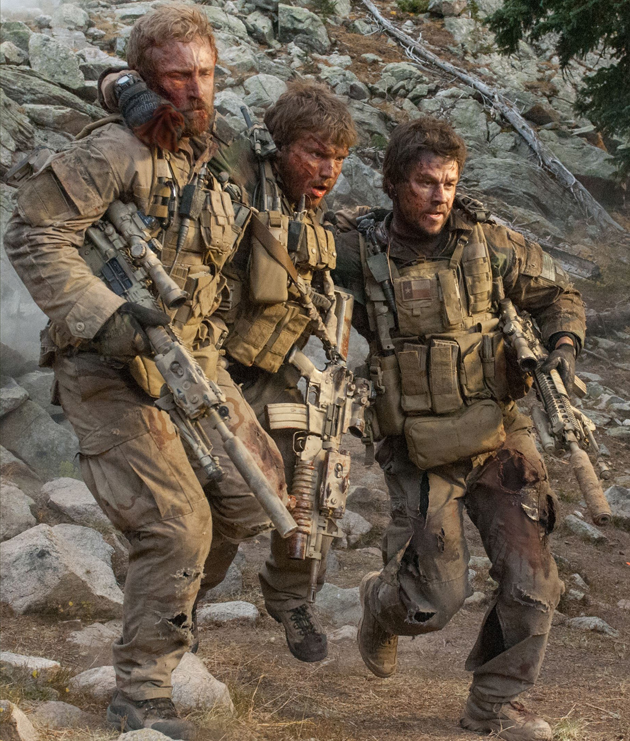 Once the fighting began on that mountain of Sawtalo Sar, which was well over 9,000 feet above sea level, Operation Redwing was over, and Luttrell's SEAL team found themselves vastly outnumbered by well armed Taliban, who had the better position of the higher ground. At this point the film was about just two things: finding the better firing position, and finding cover to do so.

Watching these Navy SEALs work as a team, and to bear witness to the lengths they would go to achieve these necessary goals to sustain themselves and each other, was both difficult to serve as an audience to these recounted events, and created in most, an abiding respect for these heroic Navy SEALs ... all Navy SEALs. I remember thinking that the essence of these four men, on this mountain at this time, have got to be four of the toughest, smartest Americans today; at least in the upper regions of the top 1% of all of us.

One can well understand why the Navy puts these men through the arduous training, which, at the beginning of this captivating film, exhibited real stock footage of actual Navy SEALs fighting for, and finding within themselves, the personal toughness to transcend incredible pain to qualify to become a member of this elite force. It made this reviewer truly appreciate these men who are the absolute best of us, and thankful for they who protect us from such evil.

“Remember the philosophy of the U.S. Navy SEALs: “I will never quit...My Nation expects me to be physically harder and mentally stronger than my enemies. If knocked down, I will get back up, every time. I will draw on every remaining ounce of strength to protect my teammates...I am never out of the fight.”    - Marcus Luttrell 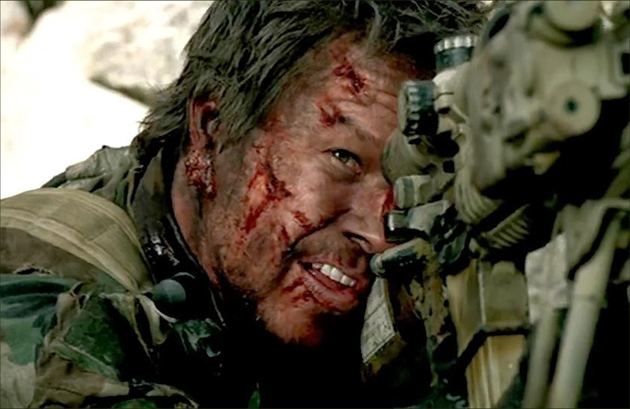 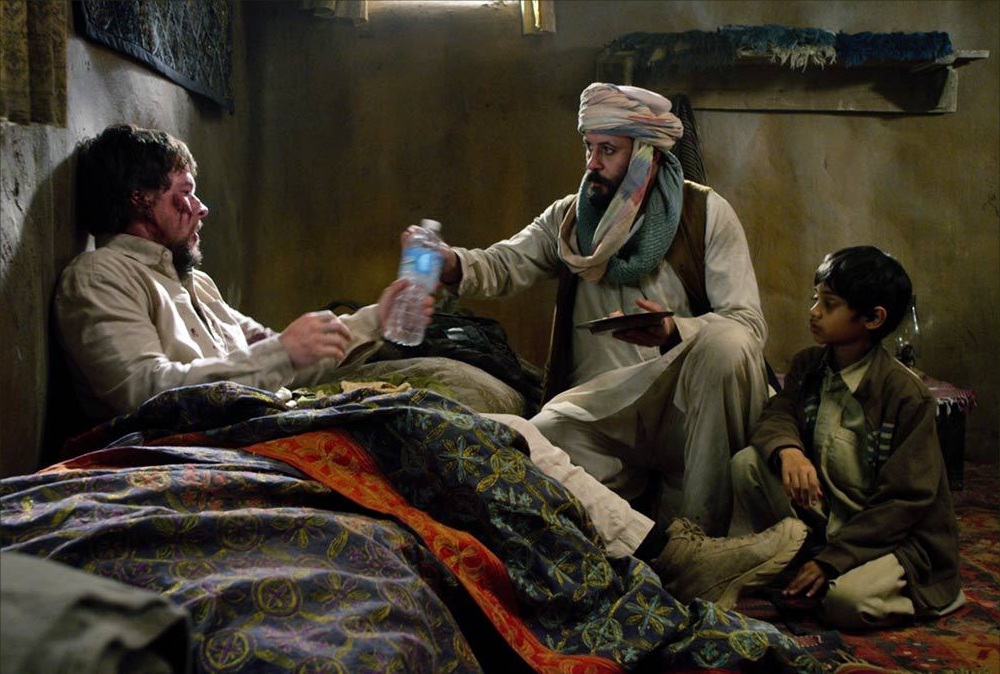