Aquarium Toes Environmentalist Line | Eastern North Carolina Now | While vacationing on Oak Island this month my wife and I decided to visit the North Carolina Aquarium at Fort Fisher.

RALEIGH     While vacationing on Oak Island this month my wife and I decided to visit the North Carolina Aquarium at Fort Fisher.

After paying the entrance fee of $11 and passing the information desk, we passed through a set of doors to enter the aquarium. Surprisingly, the first thing that we saw was not a tank full of fish or a cage with indigenous North Carolina birds or a mock pond with different kinds of turtles and frogs. Those things came later.

What we were confronted with was a sign proclaiming the evils of coal power and the dangers of global warming. (See pictures below.) Reading further, we were exhorted to support a plan, with a minimum $5 contribution, to use 100 percent wind power at the aquarium.

The truth, not mentioned anywhere at the aquarium, is that at no point in the foreseeable future will any of the electricity used to run the aquarium actually come from wind turbines, no matter how many $5 bills are contributed. As the poster notes, the $5 one donates will not go toward actually powering the aquarium with anything. That happens when the state pays the aquarium's electricity bills. 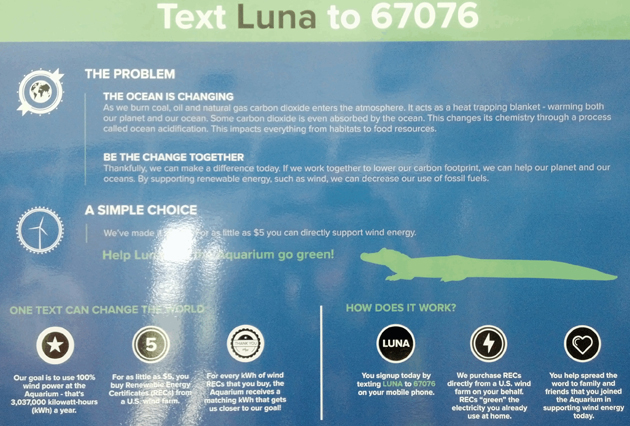 It should be noted that throughout the facility there are calls for visitors to the aquarium to participate in this program.

Those donated dollars instead will be used to purchase "renewable energy certificates," which are nothing more than subsidies to the wind power industry to produce wind power somewhere — not in North Carolina. They have nothing to do with the electricity that is actually used to power the aquarium.

Furthermore, the aquarium's efforts will have no impact on global climate. And even beyond this, nowhere is it stated that, because wind turbines can produce usable power only when the wind is blowing at the proper speed, the aquarium will always need backup from conventional power plants (coal, natural gas, etc.). With current technology, the aquarium could never be 100 percent powered by wind. 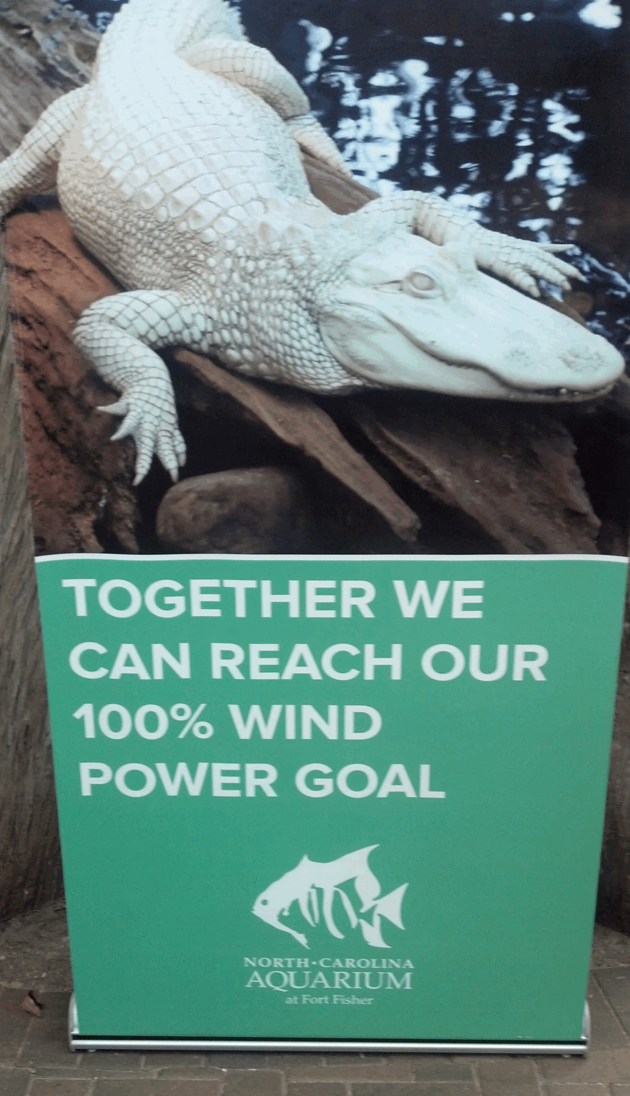 Finally, I'd like to note that one of the aquarium's exhibits is a bald eagle with an injured wing. Indeed the aquarium boasts about taking the bird in and helping it to survive.

Of course, the irony is that wind power is a notorious killer of bald eagles. In fact, President Obama has recently found it necessary to issue an exemption to wind power companies allowing them to kill this endangered species without penalty.

By subsidizing wind power, the N.C. Aquarium will be contributing to the now legalized slaughter of this national symbol.

Other issues: Don't use plastic, and lobby the legislature

While nearly all the exhibits come with some sort of environmentalist message about how human activity is endangering habitats or the ecosystem (with the very notable exception of the bird-killing properties of wind power), there are two that I would like to highlight, the first because of its blatant hypocrisy and the second because of its explicit call to political advocacy and policy espousal.

Below is a sign exhorting visitors to the aquarium to "limit the use of plastics whenever possible." The picture next to it shows plastic toys available for purchase in the aquarium gift shop. These are toys that are likely to be played with in the water and lost. Of course, plastic is everywhere you look at the aquarium, right down to the tables at the snack bar and the recycling container. 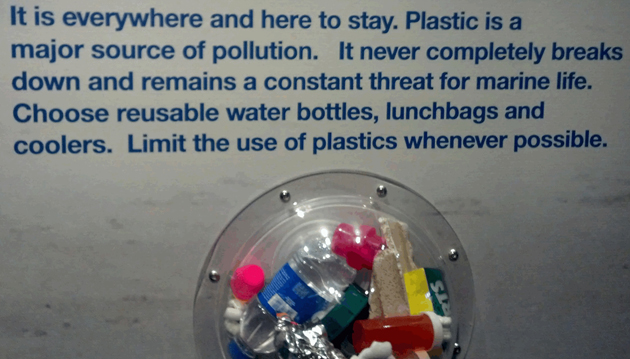 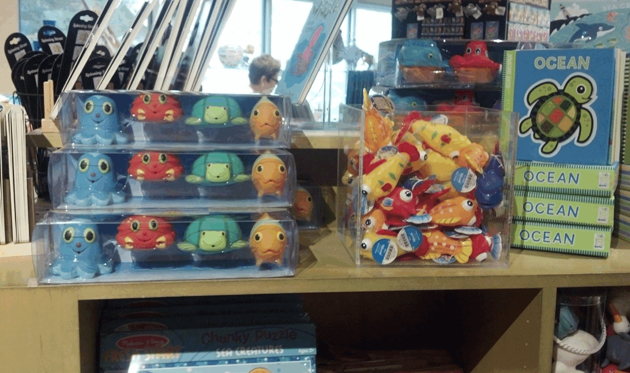 The message below caught my eye because it clearly calls on patrons to advocate for specific government regulations. 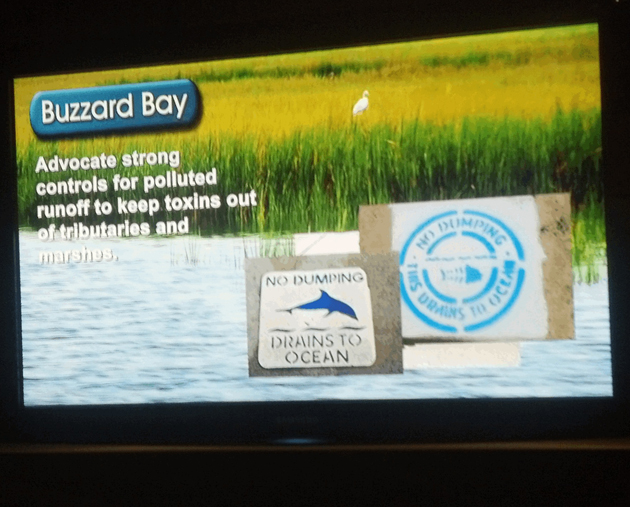 Of course, if additional regulations were uncontroversial and unequivocally beneficial, there would be no need to lobby for them.
Go Back