Birdman | Eastern North Carolina Now | "Birdman" is the fast paced glimpse into the drama behind the drama that is ultimately fleshed out on one of the smaller, but venerable stages in New York's major theater district - Broadway.

When Reality Morphs with the Bizarre     The Unexpected Virtue of Ignorance

"Birdman" is the fast paced glimpse into the drama behind the drama that is ultimately fleshed out on one of the smaller, but venerable stages in New York's major theater district - Broadway. We are 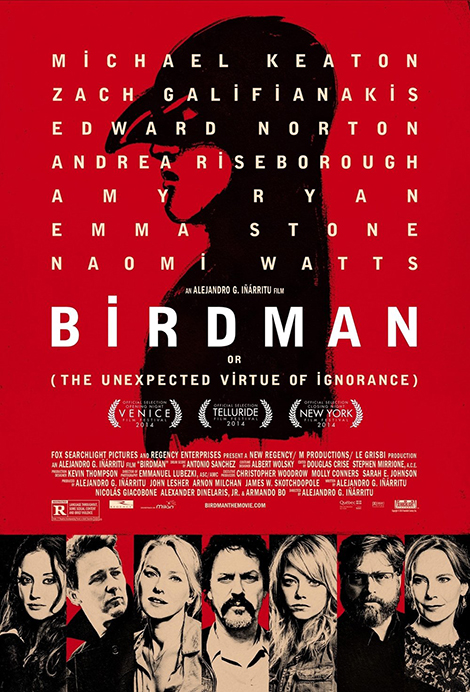 drawn into the stage play that was financed, and created by Michael Keaton's character, Riggan Thomson, as a means to reclaim his thespian dignity, after making his acting bones as the titular super hero, "Birdman", in a long series of successful action films.

The psychological and artistic demands of becoming and existing as the Birdman, upon the pathos of Riggan Thomson, was stretching his ego between two people from two worlds, like a rubber band. "Birdman", the film, is a confluence of actors, story, and audiences intersecting at the nexus of mostly one man's life, where reality, like that rubber band, is inexorably stretched to the point of schizophrenia. "Birdman's" story is the waiting for that rubber band to snap.

To even care about that proverbial rubber band, whether it unwinds or whether it snaps, the film doth succeed or it 'snaps' by virtue of the quality of the story, the direction of that narrative, the sincerity of the actors. As dark and weird, and 'Indie' as "Birdman" may appear on its surface, it is truly a psycho drama, enrichingly funny in its natural dramatic spiral of remarkable proportions as it seeks the unavoidable conclusion. Its finale is purely the expression of a poorly planned past - captivated by the inescapable events of a life done, purposefully finished, freed at last for good or for ill. 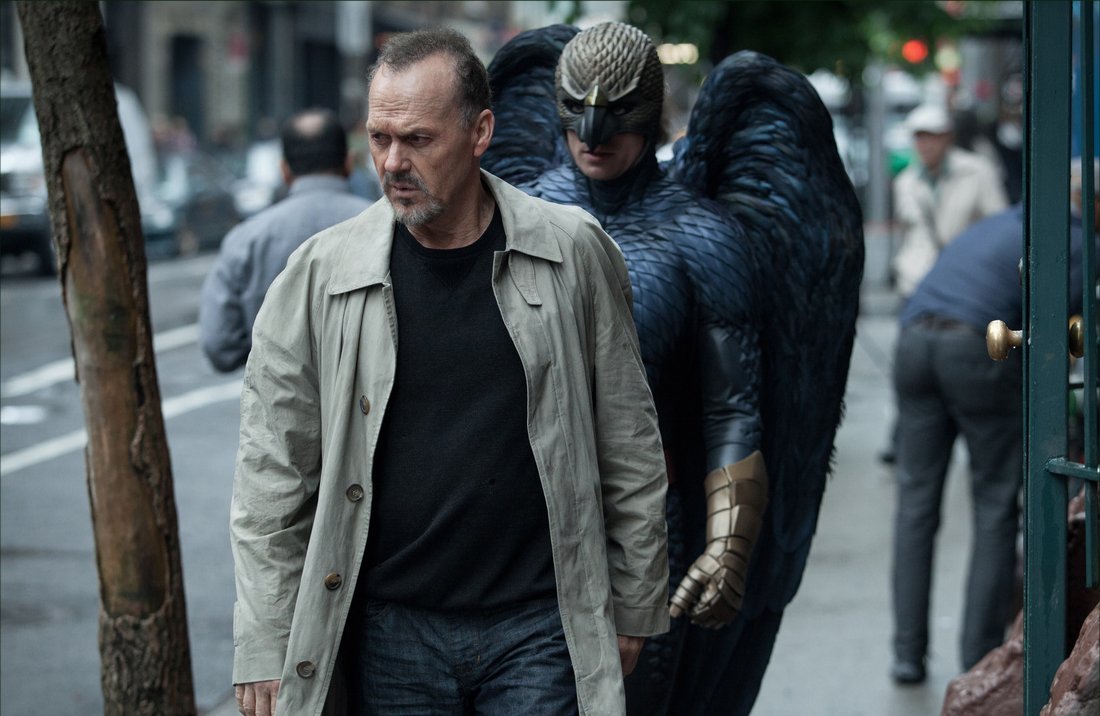 At some time in our lives, we all have had that dark little cloud circling our wounded egos, however, few of us are followed by a full grown "Birdman". Riggan Thomson, Michael Keaton, and the Birdman, Michael Keaton (again): Above.    Click image to expand.

The film begins innocently enough, where we are offered a glimpse into the extra-surreal reality of Riggan 'Birdman' Thomson, or was it his psychosis? Moreover, the theater's ultra dramatic moments were more behind the curtain as a manic mishmash of strained egos, than an overly dramatic stage production by Riggan Thomson for the benefit of his reclaimed artistry. Factor in the stress factor of his recovering substance abusing daughter, Sam Thomson, played by saucer-eyed Emma Stone, as a personal assistant to Michael Keaton's Riggan Thompson, and one senses an unnatural environment that could easily spark the latency of schizophrenia, and possibly, in this case, a most profound condition. 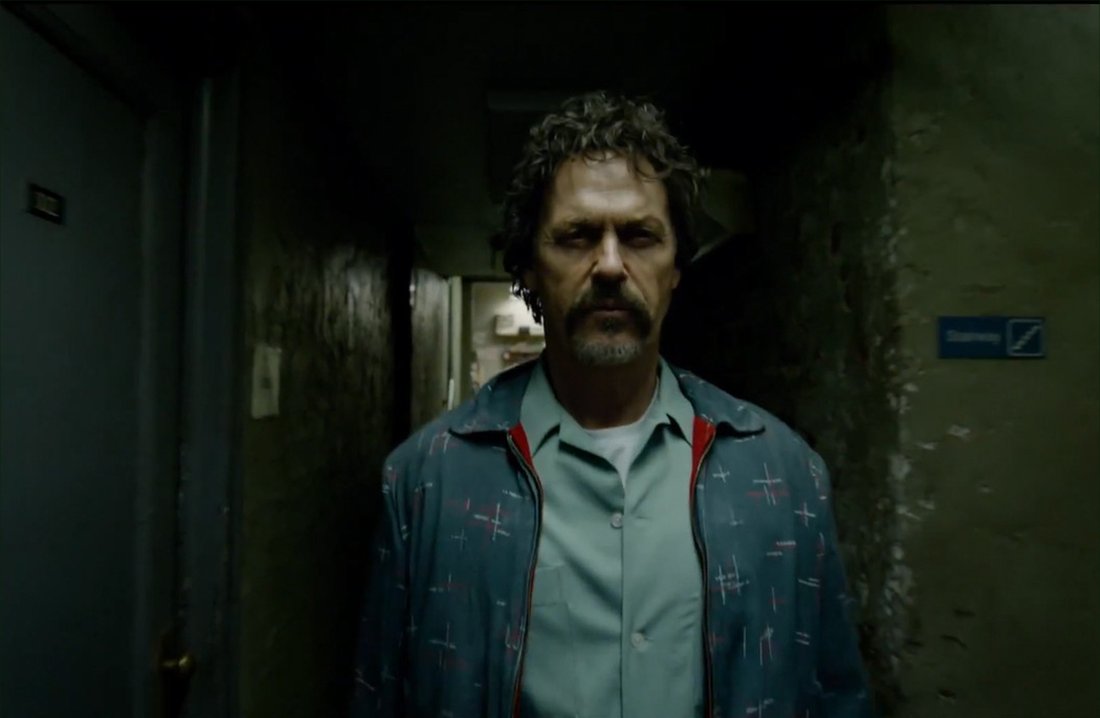 Riggan Thompson (Michael Keaton), in character, making his way through the thespian catacombs of Broadway seeking a familiar stage: Above.    Click image to expand.

Then, throw in for good measure a talented, but artsy-fartsy, eclectic ego-centric actor, Mike Shiner, played by the equally talented Edward Norton, and Riggan, AKA 'Birdman', can't catch a break in securing a shred of sanity or a moment of peace for that matter. It is not that Actor Shiner is an intolerable thespian, but that he is a strain upon that stretched rubber band that is the sum of the 'Birdman's' existence, and most of the last act of the film, the audience is forced to consider just when it will break. 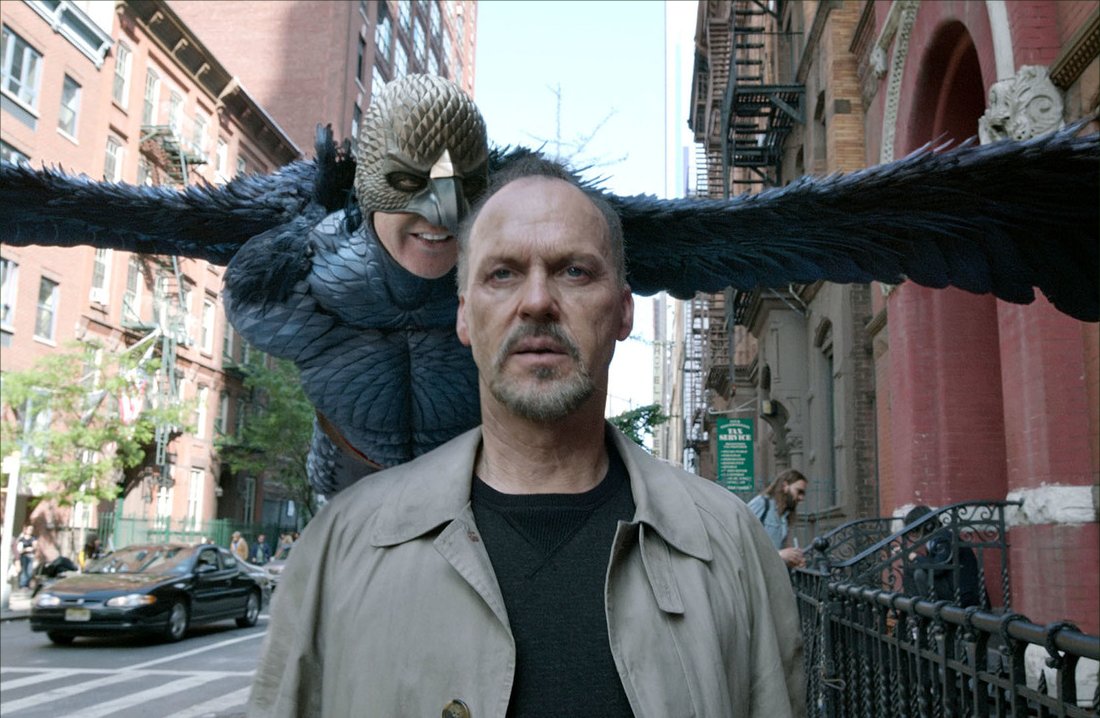 Now back to the profound schizophrenia of Riggan Thompson, AKA Birdman, played by Michael Keaton, and we get a glimpse of how the interminable strains of his exhausted pathos has worn himself down to a collection of moments: disjointed, fantastic and delusional, or are they (?): Above and below. 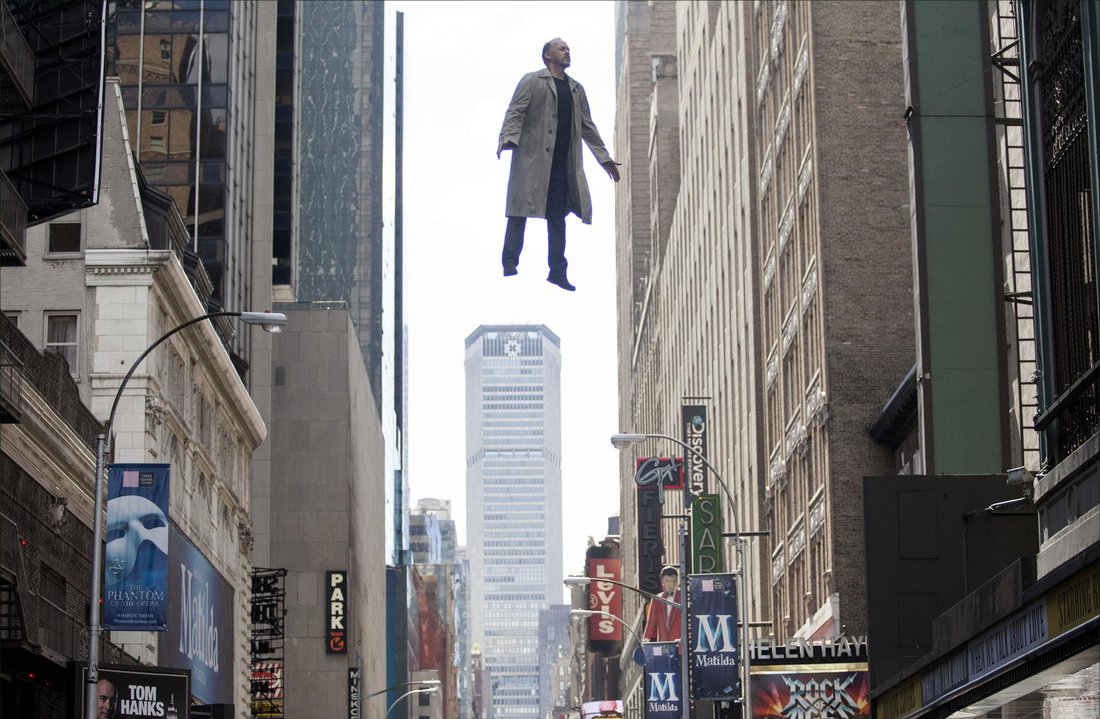 Director Alejandro González Iñárritu, who also helped with the writing, keeps the pace of the film brisk, while the acting is first rate, even Zach Galifianakis, as Jake, Riggan's best friend and confident; the aforementioned Edward Norton and Emma Stone; and Naomi Watts as Lesley, one of their esteemed actors. It all made for a fine little film, a film that will afford one a fine experience, in a perfectly paced 119 minutes.

Rated R. Released in theaters in a limited release on November 14, 2014.

Come join us at our new Movie Database. We welcome you our latest feature to sort through film data to discover information on actors, directors, film images, or just what is playing, when it will pay, or when it did play. It is a work in progress, so we would appreciate your input.