WASHINGTON, NC- Amy Sasnett was sworn in as newest trustee on Beaufort County Community College's Board of Trustees. Sasnett joins the board after retiring from 35 years of nursing.

Sasnett is now farming with her husband, growing peanuts, corn, soybeans and wheat at Sasnett Farms in eastern Beaufort County. She had most recently worked at Vidant Health Corporate Quality in patient safety and quality improvement. During her career as a nurse, she worked in just about every field of nursing, but considered bedside nursing as the most fulfilling.

Though born in Beaufort County, Sasnett was raised in Lake City, SC, and attended Florence-Darlington Technical College where she trained as a registered nurse. "That degree allowed me to get through 35 years of nursing," she said proudly. She knows what a community college can do for a person. 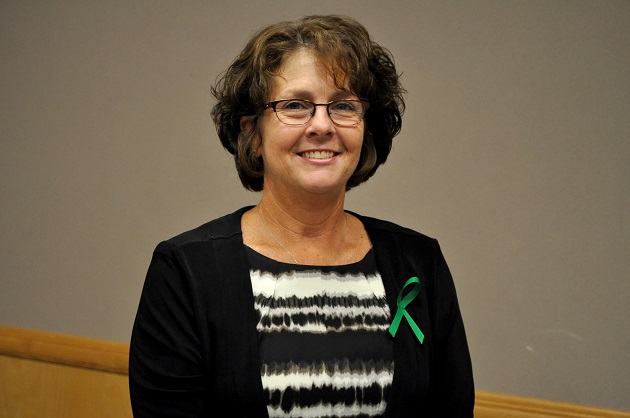 Board Chair Laura Staton thanks exiting trustee James “Cotton” Rawls and his wife Elise for his service to the board.


Her reason for joining the board is both uplifting and tragic. In April 2015, she and her husband Paul lost their son Reid in a tractor accident. Reid was a volunteer firefighter and interested in pursuing an agribusiness degree. "He would have enrolled here," she said of BCCC. Amy and Paul recently set up an endowment in memory of Reid through the BCCC Foundation. Scholarships will be awarded equally to students in fire/rescue/ems programs and the agribusiness program.

Sasnett has three daughters: Candice, Amada and Kassie. Candice followed her into nursing, also graduating from Florence-Darlington Technical College. Amanda is an attorney with Mason & Jones and Kassie is a paralegal with the Beaufort County court system. Kassie attended both BCCC and Pitt Community College.