Donnie Darko | Beaufort County Now | Looking to the future can be hazardous to your health, or maybe not . That constant indecision of this film's meaning is normal for me - every time I see it.

Looking to the Future can be Hazardous to your Health

Or maybe I could be wrong. That's what the coming of age / sci-fi film "Donnie 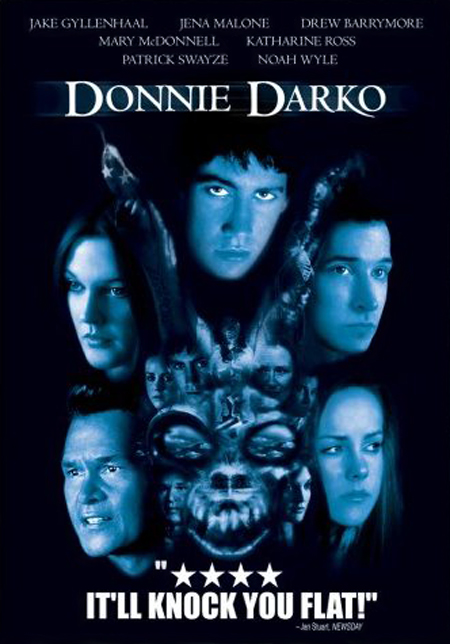 Darko" does to me - every time I see it. By the time it is over, I don't know whether I'm coming or going - more questions than answers - and then I get it. And then I lose it again.

Either the film was meant to answer none of the questions it asks, or it asks questions that can't be answered. Regardless, it is fine entertainment as far as a good movie and popcorn go. It is not a big budget film and it was Jake Gyllenhaal's first starring role as the titular character, Donnie Darko.

It is my belief that his constant psychotic smirk that he wears when the grey bunny, Frank, puts Donnie under his hypnotic spell, made him a star...or, at least it made him a "Bubble Boy." If you examine Jake's acting prowess, you can see that he is control of his character playing an emotionally disturbed kid. Not overwhelming, but it works, and that may just the right ingredient. He meshes well with the other characters, in that every scene not one actor overwhelms the other, and Jake is in almost every scene. Hence the film title: "Donnie Darko."

"Donnie Darko" is played upon the stage of suburbia, where the parents are Republican and the eldest Darko daughter, Elizabeth, scratches Vote Dukakis notes in various places about the house. The role is cast perfectly, as Elizabeth is Jake's, in real life, sister, Maggie Gyllenhaal. The Darko children are sent to a small private school a short bus ride away from their home and all is normal - except for Donnie. Donnie has "emotional problems."

Donnie is already in therapy with Dr. Thurman, played by Katherine Ross, when he began having hallucinations, or real extra dimensional visions of Frank, the grey bunny. The first night Frank comes to him, with his recurring, garbled and now trademark: "Wake up Donnie," he follows him to discover Frank's purpose for him, and incidentally, while he is tramping about in the dark with Frank, a jet engine falls from a passenger plane: 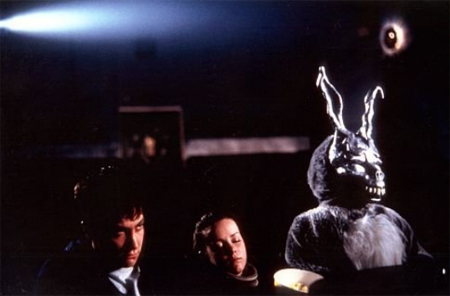 through the Darko's roof and then Donnie's upstairs bedroom. For rest of the film, we wait to find out why Donnie was spared such a random, crushing death, and what shall evolve from Frank's prophesy that Donnie's world will end in 28 days.

Richard Kelly, director / script writer and originator of the story, has had little success since his magnum opus, "Donnie Darko." Thankfully, he made the film. It is a compelling tale; of worm holes and the potential of time travel, a precocious and emotionally disturbed youth with a destiny he can not understand, and the interaction of people and how they all pull the apple cart together - whether they are tart or rotten.

The richness of this story is from the subplots that weave in and out of this tale of Donnie, Frank and the 28 days. Motivational speaker Jim Cunningham, portrayed by the enigmatic Patrick Swayze, is a small but important role as he provides the perfect guidance and yet he is the perfect foil for Donnie's most productive antisocial behavior. Gym / Health teacher Kitty Farmer, played by Beth Grant, is such a blindly conservative anchor, serving as the inspiration for some of Donnie's most rebellious 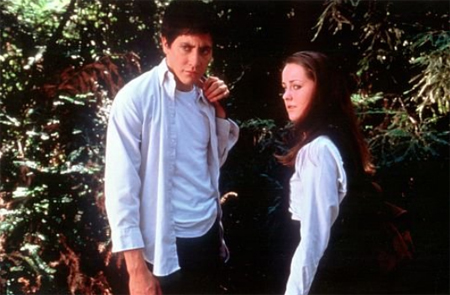 Donnie's parents Eddie and Rose Darko, portrayed by character actors Holmes Osborne and Mary McDonnell respectively, are caring, loving parents, that provide well for and nurture their children - especially Donnie. The father, who as a good Republican, even identifies with a measure of Donnie's cynical behavior as he proverbially swims against the social tide.

Combine the fine acting of the aforementioned, toss in some inspiration provided by teachers played by Noah Wylie and Drew Barrymore, put in a pinch of Grandma Death / time travel advocate before her senility, and you have a very worthwhile film - a "Forgotten Classic."

Four Stars for this one and at just 122 minutes, I have enjoyed many times, but I still can not impart to you succinctly exactly what it is all about. Oh...life's mysteries.