Did You Know? Majority of Federal Funding for College Is for Student Loans | Beaufort County Now

Did You Know? Majority of Federal Funding for College Is for Student Loans

Published: Friday, February 21st, 2020 @ 11:20 am
By: James G. Martin Center for Academic Renewal   ( More Entries )
Publisher's note: The James G. Martin Center for Academic Renewal is a nonprofit institute dedicated to improving higher education in North Carolina and the nation. Located in Raleigh, North Carolina, it has been an independent 501(c)(3) organization since 2003. It was known as the John W. Pope Center for Higher Education Policy until early January 2017. 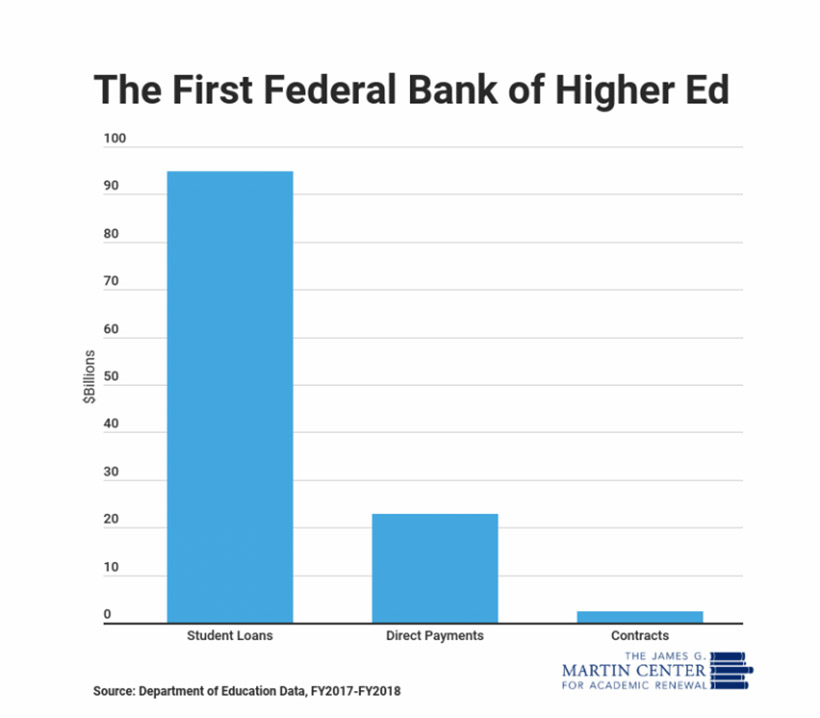 The federal government has grown in importance for higher education for decades. The most long-lasting effect could be its status as the lender of first resort for student loans. The vast majority of federal spending on colleges and universities comes in the form of making loans, dwarfing all other activities.

Of the $120 billion supplied by the Department of Education for higher ed institutions in FY2017-FY2018, 79 percent of this support (about $95 billion) was in the form of student loans, according to Open the Books, a nonprofit government watchdog.

Another 19 percent of funding was for direct payments, such as grants, and contracts made up 2 percent of federal funding. The vast majority, about 91 percent, of that funding went to traditional schools and community colleges. However, for-profit colleges and cosmetology schools received the rest, roughly $11 billion.

In theory, those loans wouldn't be a problem because the students would graduate and then repay their loans accordingly. In reality, however, borrowers often don't graduate, struggle to repay their loans, fall behind on their payments, and default. Borrowers can avoid default by enrolling in income-driven repayment (IDR) plans, but as these plans grow in popularity, graduate students with higher debt have flocked to them. IDR plans end in de facto loan forgiveness, and the Congressional Budget Office projects that $167 billion in graduate student debt and $40 billion in undergraduate student debt will be forgiven by 2029.

While loans were seen as a way to help low-income students achieve a college degree, it's become a program that has turned the Education Department into a bank with bad borrowers, leaving taxpayers to cover the bill.