N.C. Toughening COVID-19 Rules, but Not Forcing Residents to Stay Home | Beaufort County Now | North Carolina has moved into the next phase of its COVID-19 outbreak — community transmission. 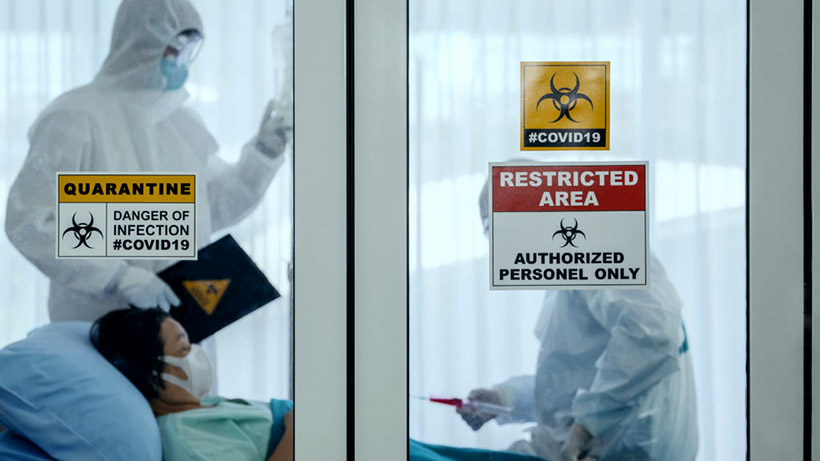 North Carolina has moved into the next phase of its COVID-19 outbreak - community transmission. But state leaders say they're not currently planning to order residents to shelter in place.

Shelter-in-place, now enacted - as of this writing - in California, one Colorado county, and soon in Illinois and probably soon in New York, requires people to stay home, except to get essential services, including shopping for food, buying gas, and seeking medical care. The idea is promoting social isolation, preventing infections from spreading.

N.C. officials are trying to "flatten the curve" to prevent a sudden influx of patients from overwhelming the state's hospitals. North Carolina had 137 confirmed COVID-19 cases, according to the Department of Health and Human Services' count Friday, March 20. Four people had been hospitalized, and the state confirmed its first case of community transmission Thursday.

Gov. Roy Cooper declared a state of emergency last week. Since then, the state has shut down restaurants, except for take-out orders. Gatherings of more than 100 people are banned. Triangle county jails have begun to release nonviolent inmates with the greatest risk of contracting the virus.

"We are beginning to transition from containment to mitigation," said Dr. Elizabeth Tilson, N.C. health director, at a Friday news conference. "We need to continue to reduce the chances of spread and exposure to protect the health care system so it's there when we need it."

So far, mitigation strategies don't include orders to shelter in place.

"We're watching the rest of the nation and what they're doing," said Mike Sprayberry, N.C. emergency management director. "The situation is constantly evolving, but there are currently no plans for shelter in place."

State leaders say testing will become less important in this next phase. The state has completed 3,233 COVID-19 tests, but providers complain they're unable to access tests. The results are slow to arrive.

"We will begin to deploy other surveillance methods to understand the spread of the virus across the state and inform our decision making," Tilson said. "And, more importantly, we want to reduce the chances that people will be exposed to the virus or expose others. I know this is a trying time, but it is important to remember that the vast majority of people who get COVID-19 will have a mild illness."

"There's a nationwide shortage of personal protective equipment," Sprayberry said. "We're working very hard to find and buy those items. Right now, we want to make sure we can buy as much as we can to have as much as we need for a long-term event."
Go Back