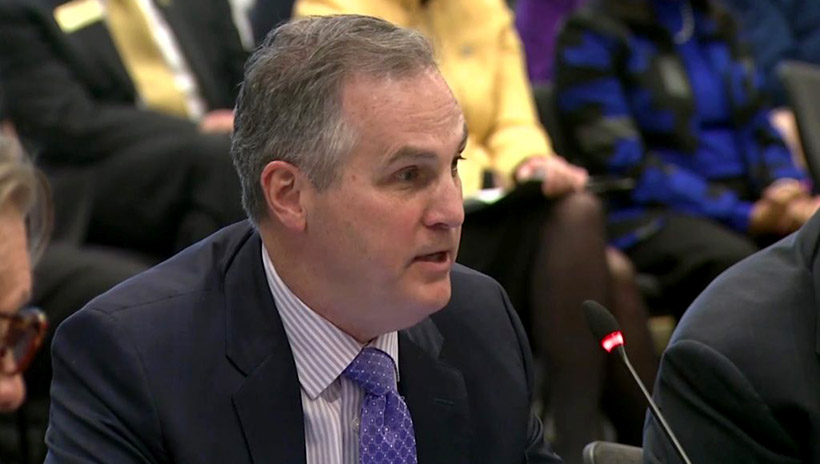 College entrance exams are canceled or postponed nationwide due to the coronavirus outbreak. But North Carolina students who can't retake tests to post a better SAT or ACT score on their fall college applications may still be accepted to a University of North Carolina System school - thanks to a temporary change in admissions requirements.

The UNC Board of Governors, which held a special meeting Monday, March 30 via telephone, has long considered changes to minimum admissions standards. Now that COVID-19 has catalyzed an onslaught of school closings and uncertainty for North Carolinians, the action is more urgent, some board members said. UNC schools formerly required applicants to hold a minimum 2.5 high school GPA and an SAT score of 880 or ACT score of 17. For the next three years, applicants need a minimum 2.5 GPA or an SAT score of 1010 or ACT score of 19.

Make the change permanent, some members said Monday. Others pushed for more discussion.

BOG member Steve Long, a Raleigh tax lawyer, is concerned UNC will financially burden more students who aren't ready to enroll at a four-year university. The recommendation came from university administrators, not students or the business community, Long said.

In a March 15 email, Long cautioned UNC administrators and BOG members against weakening the admissions standards. The policy change is "essentially a vote to lower those standards and make standardized test scores irrelevant in the fight to maintain higher graduation rates," Long wrote.

UNC shouldn't make admissions requirements more flexible just because it's worried about a post-pandemic enrollment slump, Long said Monday, his phone connection fizzling in and out as he tried to communicate concerns with 23 other board members.

"This is one of the most important things we're going to do, and we're doing it on a conference call," he spouted.

Some students are more suited for a two-year program at a community college before enrolling at UNC. Others might choose a trade school instead of a four-year university, Long said. Pushing underprepared students to enroll is never a good idea, especially if they drop out later with loads of debt, he added.

Schools that participated in the pilot program didn't treat SAT and ACT scores as options, though, Long said in his March 15 email. Instead, it used a sliding scale of both GPA and test scores.

"Also, the graduation rates in the [pilot] have not exceeded 36% - further indicating that the proposed new policy will lead to enrolling more unprepared students," Long wrote.

With college exams canceled and postponed, UNC must make sure applicants can enroll for the next school year, some board members said. Special considerations are needed, BOG member Marty Kotis said Monday.

"If we weren't in the middle of this pandemic, I would agree with [Long's] comments," he said. UNC, which gets state funding based on enrollment growth, needs to rethink its model. But the economic and social disruption wrought by coronavirus warrants a short-term change to admissions requirements, he said.

"All applicants are required to complete SAT or ACT tests," Tyson told CJ. "But admissions professionals at every UNC school are given flexibility to weigh one or the other when considering an applicant."

The policy change takes effect in the fall, Tyson said. Board members may reconsider once that deadline gets closer.