311 Speedway Plans Its Own Events to Protest COVID-19 Orders 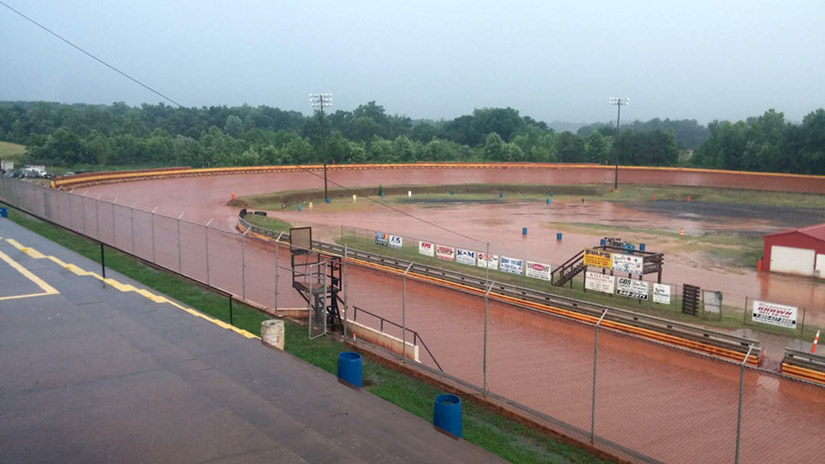 In rural Stokes County, 311 Speedway owner Mike Fulp is planning a protest with several hundred people, live music, and racing on Saturday, June 13. Fulp wants to reopen his race track, and he says the governor is acting like a dictator who will "ruin the country."

Cooper gave the speedway a June 9 deadline to cancel all events through June 26. But the schedule on the speedway's website and Facebook page remains unchanged. The next race is set for Friday, June 19.

Fulp criticized the governor for closing businesses but allowing liquor sales and protests over the killing of George Floyd by Minneapolis police. He doesn't believe Cooper did enough to stop riots and looting in North Carolina cities last week. He says he's lost $20,000 each month since the COVID-19 shutdowns began in March, and accuses Cooper of hurting his employees and drivers.

311 Speedway's protest will provide hand sanitizer and masks, and will encourage social distancing, Fulp said. But it aims to violate the ban on mass gatherings of more than 25 people.

"I'm tired of our governor shutting our country down. Democrat or Republican, I don't care. No one has the right to shut you down," Fulp said. "The people run the country. A dictator doesn't run the country. In some places, not in America."

Fulp said he thinks the coronavirus was "blown out of proportion."

"Local law enforcement has a duty to enforce these orders. Most places across the state, everybody wants to work together and abide by these orders," Cooper said in a news conference Tuesday, June 9. "We would take action just like we have with ACE Speedway."

Under the order, ACE Speedway must close until the state approves a reopening plan. Cooper wants to see social distancing policies, daily screening of workers, disinfecting procedures, and an audience limited to 25 outside spectators.

"As far as we're concerned, we're out of it," Tucker said. "The governor's office took this stance, issued the abatement, and we're done."

Cohen said NASCAR did the right thing in May when it held the Coca-Cola 600 without fans. She described ACE Speedway as "irresponsible" in the press conference Tuesday.

When asked what made races different from protests, Cooper encouraged protesters to get tested for the coronavirus.

"We are concerned about people who are at protests and potential COVID spread. You hear us talking about it," Cooper said. "Those protests have First Amendment protections, just like the ReopenNC protests. ... But it doesn't mean people shouldn't take steps to protect themselves and others from COVID-19."