Bring Young Kids Back To School | Beaufort County Now | Most North Carolina schoolchildren began this academic year trying to learn from home rather than at school.

Bring Young Kids Back To School 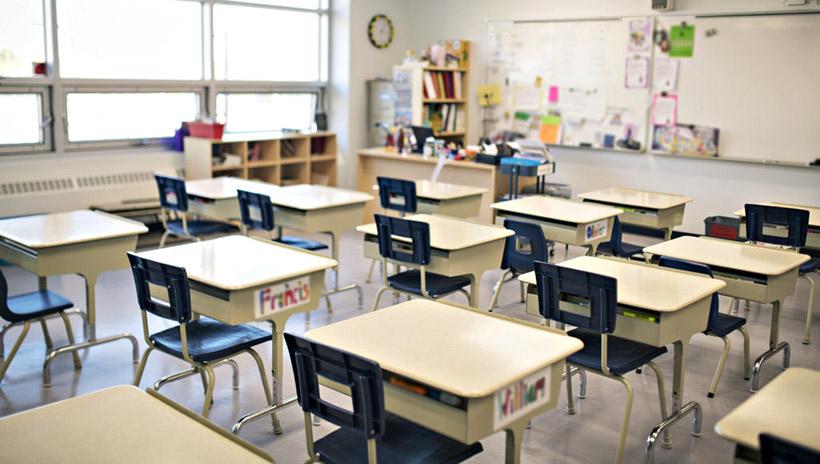 Most North Carolina schoolchildren began this academic year trying to learn from home rather than at school. How's it going so far?

Set aside the blame game and partisan theatrics surrounding the issue, and simply ask parents and kids about their experiences. You'll get mostly frowns, grimaces, complaints, even tears. Although there are certainly exceptions — children particularly well-suited to online learning, technically savvy parents who are superb educators in their own right — most will tell you that their 2020-21 school year is off to a poor and frustrating start.

North Carolina's leaders cannot let this continue. They must embrace a more-practical policy, and they must do so quickly.

Remember that the districts who said no to in-person classes weren't responding to parental pressure. Parents were divided on the question of how to balance family needs and health risks during COVID. The minority who opposed in-person classes were going to keep their children home, anyway. Moving to all-remote learning took nothing away from them. What it actually did was keep other parents from doing what they thought best for their families.

Well, okay, not all such parents. Private and charter schools offering in-person instruction got slammed with new applicants. True homeschooling is expanding rapidly.

But hundreds of thousands of North Carolinians won't be able to access these options, even after the General Assembly's recent actions to offer $335 per child in "extra credit" grants and expand eligibility for opportunity scholarships. They need local districts to open their schools. Otherwise, their children will fall further behind academically, with serious long-term consequences. Otherwise, many of these parents will have to cut back their own work hours or give up their jobs altogether to supervise their kids' (demonstrably inadequate) schooling.

I urged you to set aside politics and blame at the start of this column, so let me follow my own rule. In August, many school leaders, educators, and local officials said opening schools posed too much of a health risk to the adults on campus, at least, if not to the pupils themselves. Many conceded the limitations of remote learning, especially for children with special needs, inadequate parental support, or spotty internet access. They argued, in the end, that all-online education was the best choice among flawed alternatives.

Some North Carolina districts began the school year with such an approach. In the Edenton-Chowan system, students up to the fifth grade are in school five days a week while older students are rotating between school and home. Mitchell County is following a similarly phased plan: students pre-K through fifth grade attending school five days a week right now, with middle-schoolers returning to campus in October and high-schoolers in January. In Catawba County, the phases are more cautious but still welcome: four days a week for their youngest students, with the opportunity to expand days and grades over time.

So far, these models seem to be working. Other school districts are reportedly studying them for potential replication, including large systems such as Charlotte-Mecklenburg.

The case for prioritizing young students is compelling. According to the available evidence, they are least at risk from COVID and least likely to spread the virus. On the other hand, they are most at risk for academic failure when kept at home. Moreover, they are the most in need of daylong child care and educational supervision, so sending them to school will keep their families from losing sorely needed jobs and income.

Some parents will refuse all options except distance learning until a vaccine is available and widely distributed. They have every right to. For most parents, however, such a stance is unrealistic. They demand — and deserve — more options.