Published: Thursday, October 1st, 2020 @ 12:29 am
By: Carolina Journal   ( More Entries )
Publisher's Note: This post appears here courtesy of the Carolina Journal. The author of this post is Kari Travis. 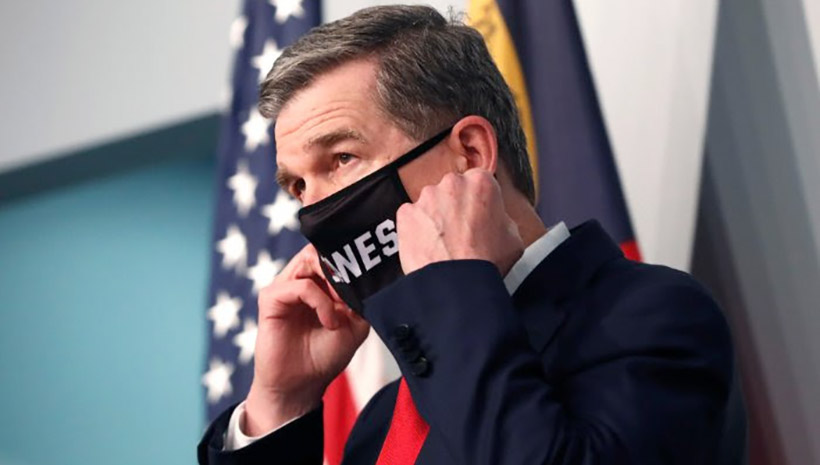 Gov. Roy Cooper has promised $445 million state tax dollars to corporations so far in 2020. At the same time, he's kept a large swath of North Carolina's small businesses closed under his COVID-19 orders.

It's another example of the governor's double standards and egregious misuse of taxpayer money, said Jon Sanders, director of regulatory studies at the John Locke Foundation.

"I'm sorry. I can't let that go," he said. "That's half a billion dollars of tax money pledged away in a year when Cooper has deliberately kept whole categories of businesses closed for over half a year, with no end in sight."

Bars and private clubs have been shuttered since March, when the governor signed his first wave of executive orders amid panic over COVID-19. Movie and music theaters, too, remain closed. Gyms, bowling alleys, and other recreational businesses were recently allowed to reopen after months of closure and financial hardship. Restaurants, breweries, wineries, salons, and barber shops are still operating at half capacity.

Meanwhile, the rate of positive COVID-19 cases has dropped to 5%, the magical number Cooper has set — most recently — as one of his four benchmark goals for reopening the economy. Some counties are even starting to drop below that threshold. On Saturday, Sept. 26, Wake County reported 3.4% of residents' coronavirus tests were positive. In Durham County, only 3.6% of tests were positive. Orange County came in lowest that day, with a 2% positive test rate.

But instead of opening things, Sanders said, the governor would rather dump more money toward "central planning and cronyism," choosing winners and losers and leaving other parts of the economy to rot.

This is coming from a governor who claims he's against big business, Sanders said. In 2019, Cooper opposed corporate tax cuts, vetoing a measure that would've saved local companies roughly $255.2 million this year. The governor simultaneously doled out $146 million in tax incentives to corporations of his choosing.

That was last year, when the economy was booming and the state's workforce wasn't facing an existential crisis, Sanders said. Now, when so many small businesses are at risk of bankruptcy and ruin, the governor has continued playing favorites.

"At several levels worse than last year, even," Sanders said.

Earlier this month, the Democratic governor — along with Republican members of the General Assembly — announced an $18 million handout to the U.S. Golf Association for its decision to open official headquarters in Pinehurst. North Carolina will pay $3.6 million to USGA this fiscal year. To foot the bill, lawmakers pulled $3.5 million from the One North Carolina Fund — formerly dubbed "the governor's walking around money" — and another $100,000 from the Job Development Investment Grant. JDIG is a Commerce Department "discretionary fund" giving money to companies that bring jobs to North Carolina.

Even Sara Lee Frozen Bakery, which already has a location in Tarboro, scored $500,000 in government giveaways this year. That company has promised to create 108 jobs as it expands food manufacturing.

In the governor's $3.3 million incentive deal with Retirement Clearinghouse, Cooper announced the company will spend $4.1 million to expand its corporate office in Charlotte. In turn, North Carolina estimates the company will grow the state's GDP by more than $672 million.

"This is economic alchemy, turning your hard-earned coin into dust."

Meanwhile, tens of thousands of North Carolinians are foundering, trying to remain afloat while whole sectors of the economy remain closed or are limited by Cooper's restrictions. Earlier this month, the governor's office estimated that 169,500 hospitality workers remain unemployed. In March, restaurants, hotels, bars, and other recreational companies employed 535,800 people. More than half were laid off.