Controversial Settlement Reminds Us What It Means To ‘Usurp’ Power | Beaufort County Now | To usurp means “to seize and hold (a position, office, power, etc.) by force or without legal right,” according to my copy of Webster’s Encyclopedic Unabridged Dictionary. | carolina journal, controversial settlement, usurp power, state board of elections, ballots, september 29, 2020

Controversial Settlement Reminds Us What It Means To ‘Usurp’ Power

Published: Saturday, October 3rd, 2020 @ 11:58 am
By: Carolina Journal   ( More Entries )
Publisher's Note: This post appears here courtesy of the Carolina Journal. The author of this post is Mitch Kokai. 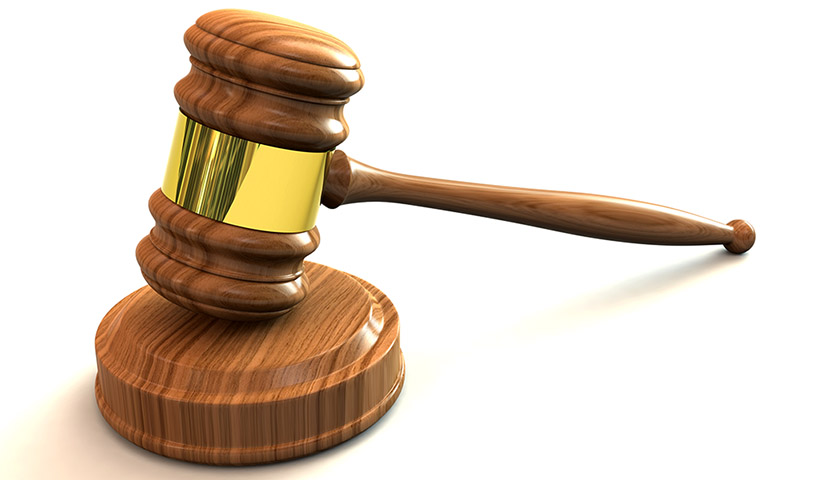 To usurp means "to seize and hold (a position, office, power, etc.) by force or without legal right," according to my copy of Webster's Encyclopedic Unabridged Dictionary.

That sounds like a good description of what Democrats in charge of the N.C. State Board of Elections have attempted to do during this election season. The word "usurp" crops up more than once in new Republican-led lawsuits. Those suits are designed to block elections officials from taking action "without legal right."

Before explaining the attempted usurpation, it's important to acknowledge that the 2020 election has created special challenges.

Had the state seen no impact from the COVID-19 pandemic, N.C. voters already would have faced multiple options for casting ballots this year. Traditionalists could cast ballots at their precincts' polling sites on Nov. 3. Those who wanted to avoid election-day lines could cast ballots in person in an early-voting period stretching from Oct. 15 through Oct. 31.

And those who wanted to avoid in-person voting altogether could cast absentee ballots by mail. That process required the voter to request a ballot. The pre-COVID rules also required the absentee voter to collect signatures from two witnesses.

Almost everyone involved in the election process projected that the pandemic would prompt a shift in voting patterns. Though early voting spreads in-person options out over more than two weeks, some voters still were bound to feel less comfortable than normal standing in a line to cast a ballot. Voting by mail was certain to become more popular.

The N.C. General Assembly recognized the need for adaptation. With bipartisan votes of 105-14 in the state House and 37-12 in the Senate, lawmakers approved election changes in June. Thanks to the new bipartisan law, absentee ballots now require one witness signature, not two. The law gave elections officials more flexibility in staffing election precincts. It added options for people other than the voter to deliver completed ballots to county elections boards.

The law also placed clear limits on 2020 election rules. "Under no circumstances," the law spelled out, could the state elections board or its staff director send an absentee ballot to a person who did not request one. To do so would amount to a felony crime. Nor could election officials order an election to be conducted completely with mail-in ballots.

It's significant that the bipartisan legislation rejected other ideas. Lawmakers did not permit unstaffed drop-off boxes for absentee ballots. Nor did they extend the deadline for mail-in ballots to reach elections officials. State law specifies ballots will be accepted through Nov. 6, three days after the election.

Now for the usurpation.

Three months before the General Assembly took bipartisan action, state elections director Karen Brinson Bell sought a state rule change. It would have expanded her emergency authority over election rules. Around the same time, in March, she asked the General Assembly to consider eliminating the witness signature requirement for mail-in absentee ballots.

The state Rules Review Commission voted unanimously in May to reject Bell's pursuit of more emergency powers. Then some 88% of state House members and 74% of senators voted in June to reject her plan to gut the safeguard of absentee witness signatures.

In early August, a federal judge rejected a lawsuit from outside activist groups that would have accomplished Bell's goals. In early September, a state three-judge panel followed suit.

Yet on Sept. 22 Bell and the elections board announced the settlement of yet another election lawsuit. Memorandums spelling out the controversial settlement included provisions that had been rejected by lawmakers and state and federal courts. Among them: anonymous outdoor absentee ballot drop boxes, effective elimination of the witness requirement for absentee ballots, and extension of the time ballots can be received until nine days after Election Day.

Though the five-member State Board of Elections endorsed the settlement unanimously, the two Republican members later resigned in protest. They claim elections staff and lawyers with the N.C. Justice Department had misled them about the settlement's details.

The new suit reminds us that the U.S. Constitution specifically gives states legislatures control over the "times, places, and manner" of federal elections. The power is spelled out in Article I, Section 4, clause 1. "The Constitution thus entrusts the power to regulate federal elections in the first instance to the branch of state government that is closest to the people," according to the suit. "In North Carolina that is the General Assembly."

To underscore the significance, the suit adds, 'The North Carolina Board of Elections is not the 'Legislature.'"

"By usurping the General Assembly's constitutional prerogative to '[p]rescribe' the 'Times, Places, and Manners' of the federal election, the Board is violating the Elections Clause."

The word "usurp" crops up again. The complaint spells out the controversial settlement's provision to extend the acceptance of absentee ballots to Nov. 12 — a full nine days after Election Day.

Legislative leaders want a federal court to block the election changes included in the settlement. Those changes "will continue to inflict serious and irreparable harm to the [legislature's] constitutional right to regulate federal elections in North Carolina unless the Board is enjoined from enforcing them."

Without federal action, the State Board of Elections will get away with seizing and holding power without legal right. In other words, the board will have followed the dictionary definition of usurping power.