The General and the Genius: Groves and Oppenheimer | Beaufort County Now | The Unlikely Partnership That Built the Atom Bomb

The General and the Genius: Groves and Oppenheimer

Login to Send a Private Message to Bobby Tony
The General and the Genius: Groves and Oppenheimer
The Unlikely Partnership That Built the Atom Bomb 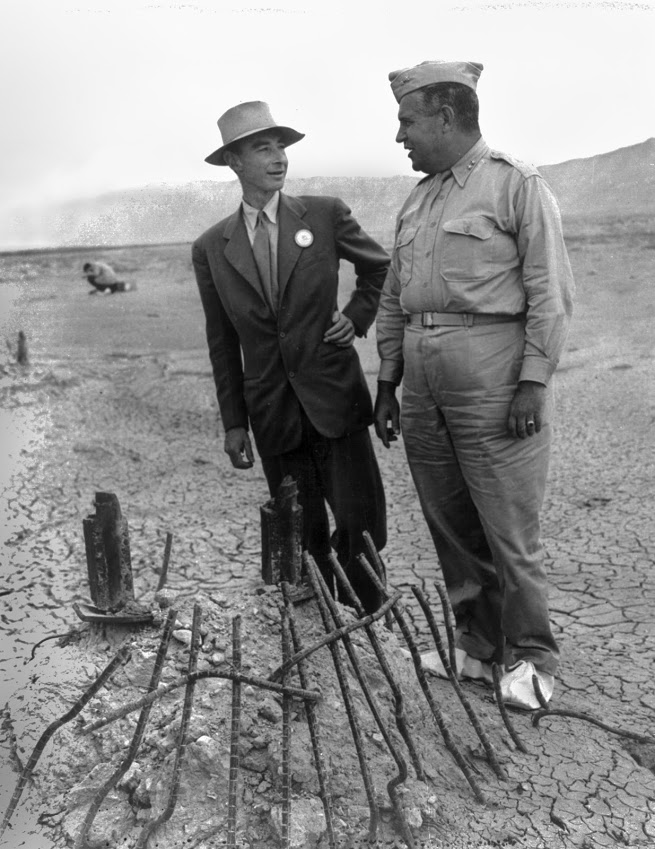 I have just finished reading a book about the creation of the Atom Bomb.  The story is a fascinating detailed trip down memory lane of the people, places and dedication of many people who were part of the creation of the A- Bomb.  Of particular interest as the title suggest is the two men most responsible for the management of the project.  One a General in the Army and one perhaps the smartest physicist of the time.

The book details most of the people and locations involved in the final project.  It is a tour of the details of nuclear fission as well as the character and personality of two men who were bound together by a common goal.  To build a bomb and deliver it to the Military for use if necessary in the War with Germany and eventually Japan.  The war against Germany ended prior to the bomb becoming a reality, but the war with Japan was still in full rage.

What I found (as I always do) was the contrast and similarities of the two main characters.  General Leslie Grove was a demanding, overbearing, arrogant, persist ant and driven military man. He was from the engineering section of the Army and was largely responsibility for building the Pentagon.

Robert Oppenheimer was a wealthy genius who had an full understanding of physics as well as many other scientific subject.  He was more soft spoken but just as determined and persistent as General Grove to create the A-bomb but a bit more restrained on its use. He eventually approved of it use on Japan but began a campaign to foster control of the bomb so that it would never be used again in war.

Together they both drove, directed the development of a project that few if any believed could be accomplished in such a short time frame. The Bomb was developed over a period of 2 years (1943-1945). It was the result of the hard driving leadership of General Groves and the tireless work of Robert Oppenheimer and his scientist. Without both it is probable that the bomb would never have been developed in the time frame of the war, which may have caused the invasion of Japan.

I was struck with the similarity of Grove and General George Patton after World War II and MacArthur.. All were what we have come to call Politically Incorrect.  Below excerpts from Wiki show that the fall from grace and that they were essential shown the door after their usefulness was done in the War.  I found it interesting that Grove, Oppenheimer and Patton were dressed down by none other than Dwight D. Eisenhower and later MacArthur by Truman.


There may be a parallel between these hard core Generals and soon to be Ex-President Trump. The exception may be that the people took the place of Eisenhower and Truman in demoting Donald Trump to civilian.  Politics has a way of disregarding accomplishments when elections and publicity begins to sway the public perception. In Politics, it appears that style is more important than accomplishments.
I personally never cared for The Donald's style while supporting some of his accomplishments

I fully realize that many will think the election was stolen by fraudulent voting practices, however it appears that there will not be sufficient evidence to reverse the public's decision by the margin difference in the vote in contested states. I also have some deep concerns with allowing our court system overrule the vote regardless of personal preferences.