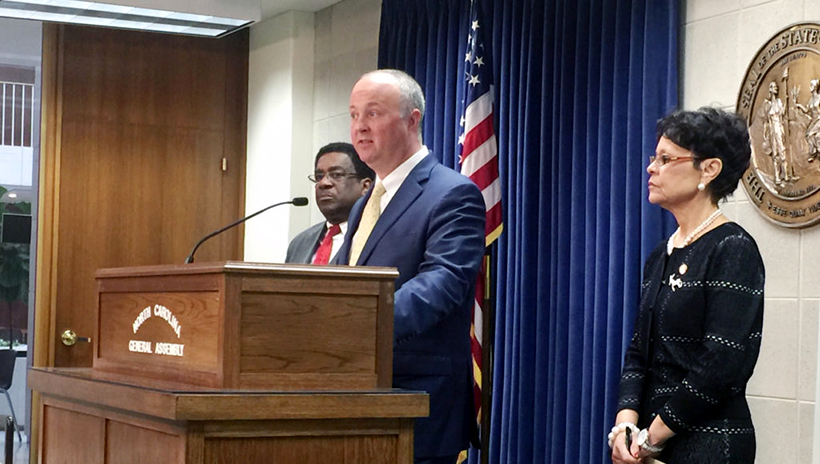 The former House minority leader is set to join the state Court of Appeals. A Wake County state senator who considered a run for U.S. Congress also resigned from a seat he recently won.

Jackson represented southern Wake County for six terms. The past two, he was the body's minority leader. He frequently criticized Republican leaders and their agenda, and lashed out at leaders for scheduling a surprise vote Sept. 11, 2019, to override Cooper's veto of the 2019 budget.

Jackson said he was assured by the House Rules chairman no votes would be taken that morning. But House Speaker Tim Moore, R-Cleveland, said he made no assurances, and that only the speaker can decide to schedule votes.

Jackson also was a vocal opponent of Republican attempts to limit Cooper's use of emergency powers during the COVID-19 pandemic.

In a news release announcing Jackson's appointment, Cooper said, "His decades of experience as a lawyer and elected public servant have prepared him for the bench, and I'm grateful for his willingness to continue serving our state with honor."

Searcy, part-owner of a distillery, in November won his second term to the Senate. In 2017, he considered running for the 2nd U.S. Congressional District but chose to run for the General Assembly instead.

Searcy didn't say what he planned to do. But he did endorse a possible successor: Outgoing state Rep. Sydney Batch, who lost a close race to Republican Erin Parè last month.

Cooper will appoint a replacement nominated by the Democratic committee in the 17th District. The News & Observer reports several others may vie for the seat, including Reps. Julie von Haefen and Gale Adcock, and Wake County Commissioners Matt Calabria and Susan Evans.
Go Back