ECU Ushers in 2021 at Tulane | Beaufort County Now | East Carolina will usher in 2021 against a familiar foe Saturday, Jan. 2, as it travels to New Orleans for its second meeting versus Tulane in 11 days. 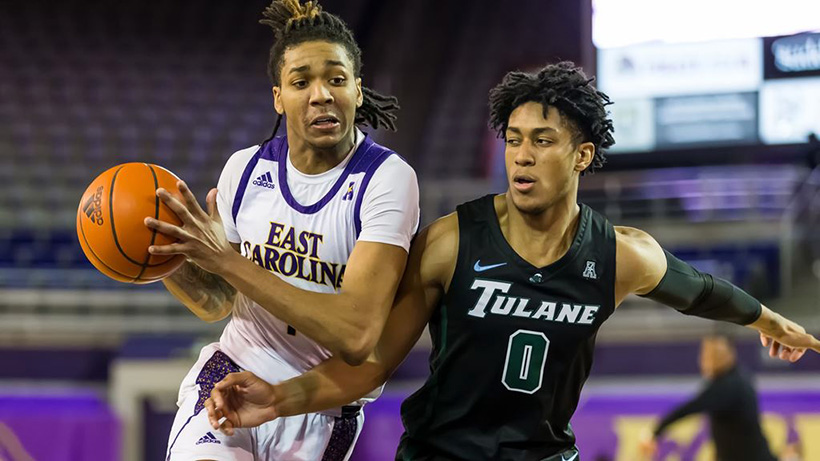 East Carolina will usher in 2021 against a familiar foe Saturday, Jan. 2, as it travels to New Orleans for its second meeting versus Tulane in 11 days.

ECU was scheduled to play at Wichita State on Dec. 30 as was Tulane at UCF, but both games were postponed due to COVID-19 related issues.

"We didn't miss any practice," Pirate head coach Joe Dooley explained. "We had to tweak it and do some individual stuff. We envisioned before anything came up that we were going to do it where we did it in the preseason with a player, a coach and a manager on a basket until we go the [testing] results back, so if there were any problem, we wouldn't have to shut everybody down."

During their previous meeting, ECU built a 19-point second half lead with Jayden Gardner scoring 17 of his game-high 21 points after halftime. He also grabbed 10 rebounds for his second double-double in his last three games against Tulane.

Gardner has scored 20 or more points in each of his last three games against the Green Wave, including 27 at home last season, with a career scoring average 18.8 points per game (ppg) in five career meetings.

He leads the Pirates with 18.5 points and 7.4 rebounds per game, ranking among the top 10 in The American in both categories. Miles ranks second on the team with 10.7 ppg with three additional players averaging more than eight points per game.

Jaylen Forbes, who had 16 points against ECU in the previous matchup, leads the green Wave with 15.3 ppg with Jordan Walker adding 12.7 ppg.

"They've got really good balance," Dooley said. "Forbes can get shots. They got 25 points [against us uin the first half] and to tell you the truth on 13 [possessions], I don't think we could've done anything any better. I thought we defended well, and they made some tough shots. Forbes [Gabe] Watson and Walker can all get shots."

Tulane opened the season with five straight home games, winning the first four before losing to Memphis in its conference opener. The Green Wave is 5-1 at home this season, while ECU owns a 1-1 record on the road.

The Pirates have won seen straight inside Fogelman Arena in the Devlin Fieldhouse, posting four of its last five victories by six points or less.
Go Back