A Tribute to a Combat Medic | Beaufort County Now | Many may have heard of Desmond Doss, Here is another hero's story. I knew him. | Ken Blakely Tribute, Combat Medic, Vietnam War, Vietnam

A Tribute to a Combat Medic

A Tribute to a Combat Medic

When you are a combat soldier, you are forced to depend on many things beyond your control. You accept that the artillery folks are well trained and accurate, you believe the Huey’s will arrive for extraction, you have some confidence that the jets will drop their bombs where they aim and not on you or your unit, you build a bond with your fellow soldiers that they will protect you flank and rear.

However, the one thing you trust above all others is your unit MEDIC. He carries his hospital on his back or in a pack.  Sometimes he carries a weapon and sometimes he doesn’t.  He slugs it out with you and the unit enduring the same danger and challenges of an infantry soldier.

He is there with an aspirin for a headache. He is there to treat minor burns, scratches and rashes. He is there when you “Medcap” a village to treat the children and adults in the local Vietnamese population.

But the one thing that he is there for is his main job.  He is there to respond when the dreaded call “MEDIC!” is yelled.  He will risk life and limb to be at the side of a wounded soldier.  Often he will stop the bleeding and administer shots for the pain.  He will assure the wounded that all is well even when it is not. He often may have the privilege (burden?) of being the last person a soldier will see before he expires. He will hear the cries to Mom or God from a soldier in mortal pain. Many times he will never know the soldier’s name; he will often never know if the soldier survived or died after Medevacked to the hospital. Other times he will know the soldier as a brother in the same unit and have memories of the good times they had (yes you can have good times in a war). He will carry that burden with him for the rest of his life.

“Did I do enough? Could I have done something different?”

Yesterday (1/21/2021) we lost just such a man: Kenneth Blakely Medic D Company 2nd 12th Infantry 25th Division.  Ken served in Vietnam Dec 1967 – Dec 1968. He made it his goal in life to contact and continue to minister to the families and comrades he served with in civilian life.  Ken was also a Conscientious Objector who served not by protesting or refusing induction, but by choosing to serve his fellow soldiers in the best way he could as a Medic. His role model was Desmond Doss, who many of us never heard of before the book and movie. As a member of the same Religion, Ken drew inspiration from Desmond’s life story long before he entered the Army.

He died during an operation to replace a pacemaker that had become infected.

Kenneth Blakely was a hero then and now. May he rest in Peace 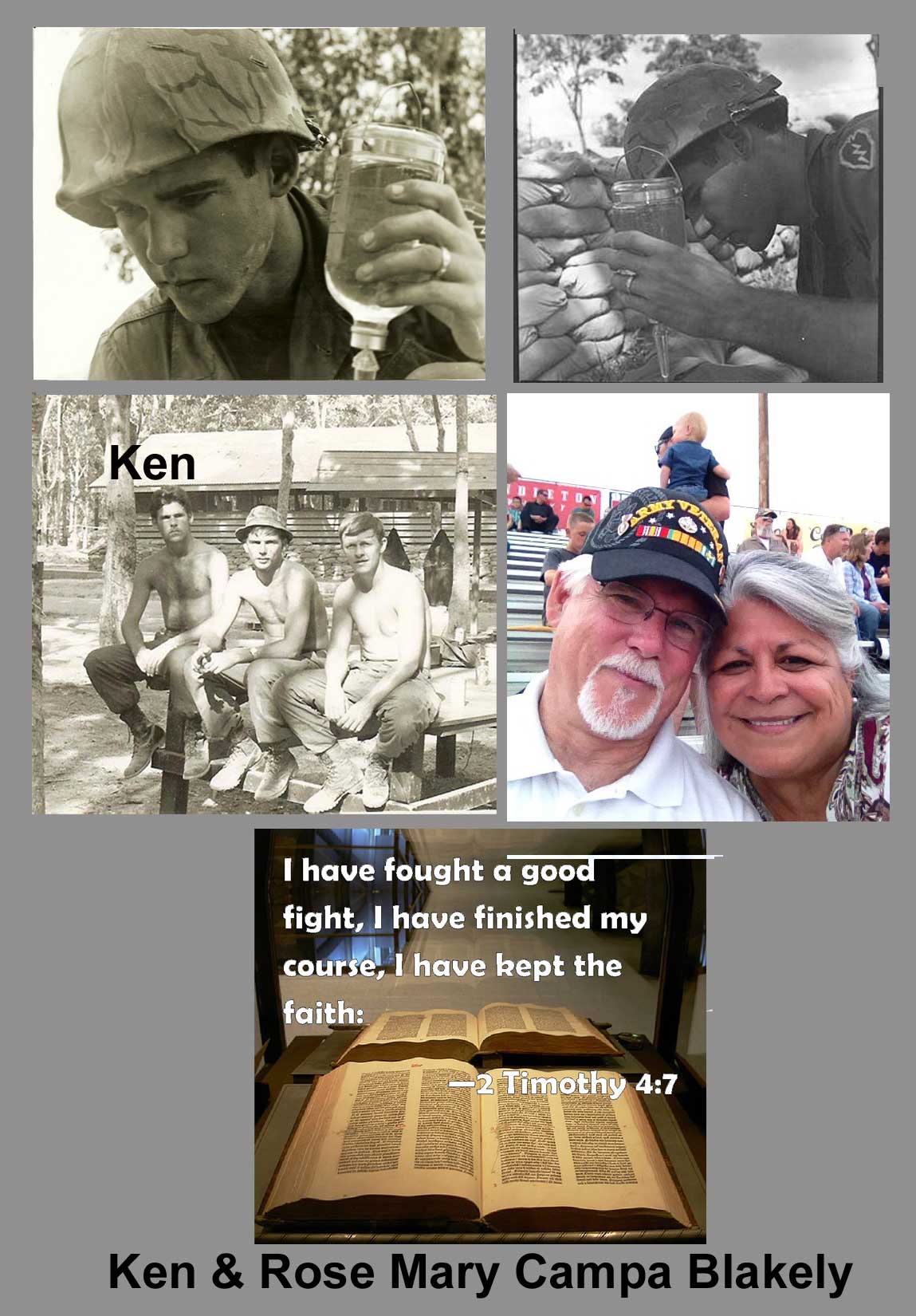 In May of 1967 Ken “Doc” Blakely was recently married and attending college part time while working to support his new family when he received his induction notice.  Although he had been accepted as a fulltime student in Radiological Technology classes and could reinstate his student deferment, Doc decided to temporarily forgo his education and accept the induction.  Doc is a Seventh Day Adventist so the decision to accept induction was a deeply personal one.  The Seventh Day Adventist church believes killing is against God’s law, but they also believe service to one’s country is a moral imperative.  With the Church’s support Doc could have asked for, and received, a complete deferment from the military based on his lifelong commitment to the church.  An alternative to a complete deferment would have been a military occupation which permitted him to worship and rest on Saturdays, the Sabbath for the Seventh Day Adventists.  Inspired by Desmond Doss, a Seventh Day Adventist who won the Congressional Medal of Honor in WWII, while serving as a medic, Doc chose to accept induction as a Conscientious Objector, but to serve on the battlefield as a Combat Medic.

Doc joined D Company, 2/12 Infantry in Vietnam in December of 1967.  He was wounded twice, received the Purple Heart, and was decorated three times for what Doc insists was no more than doing his job.  He left Vietnam in Dec of 1968.  Doc supported the war and does not believe his status as a CO makes him any less responsible for the deaths inflicted on the enemy his platoon engaged in the field.  He often wished the enemy dead, particularly when they tried to hurt the casualties he was working to save.   After returning to the States Doc resumed his education and became a Radiology Technician by profession and a competitive water skier in his free time.  In 1984 Doc was divorced and soon after married his present wife, Rose Mary.  Rose Mary is a critical part of Doc’s process of coming home.  She was his support and inspiration.